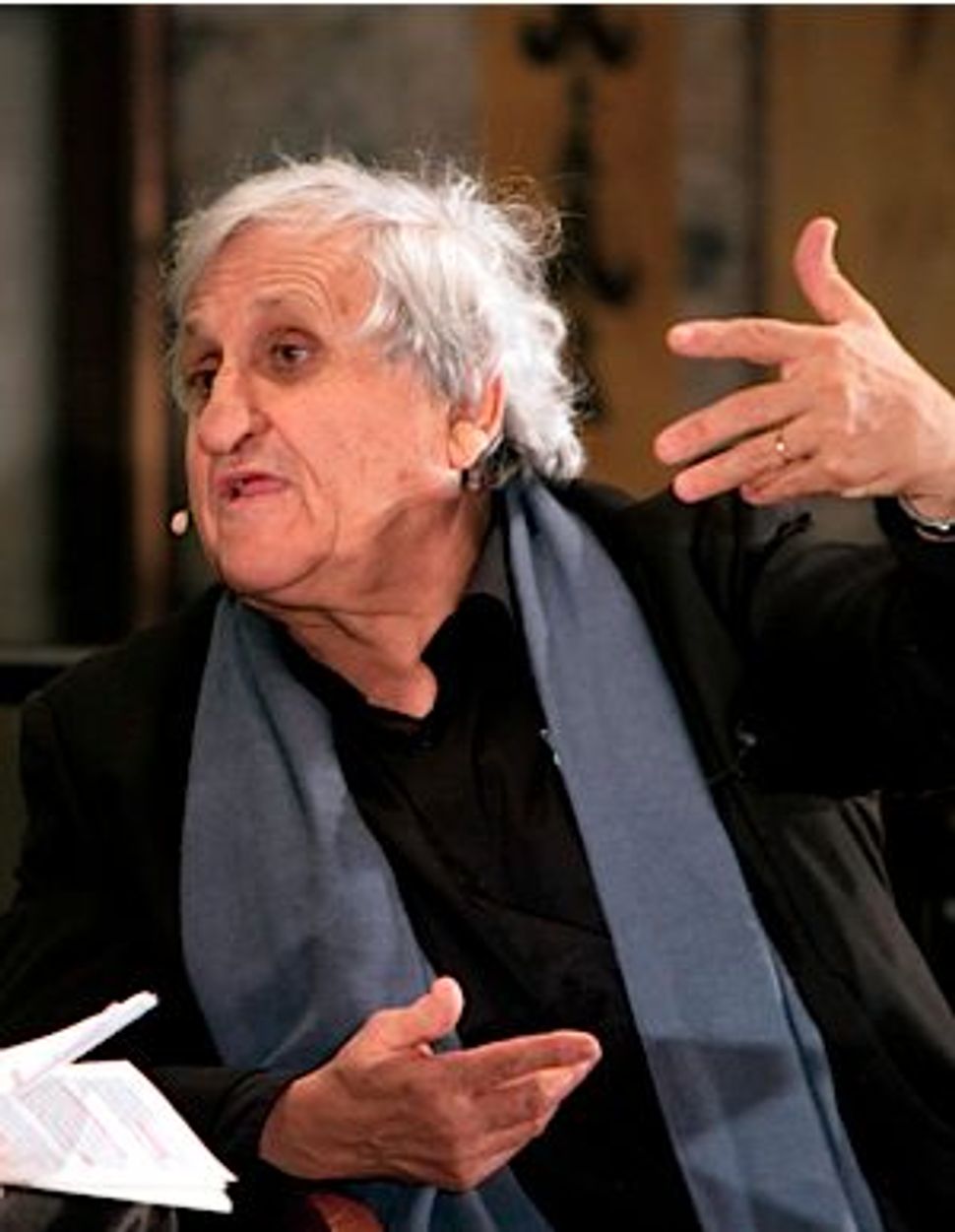 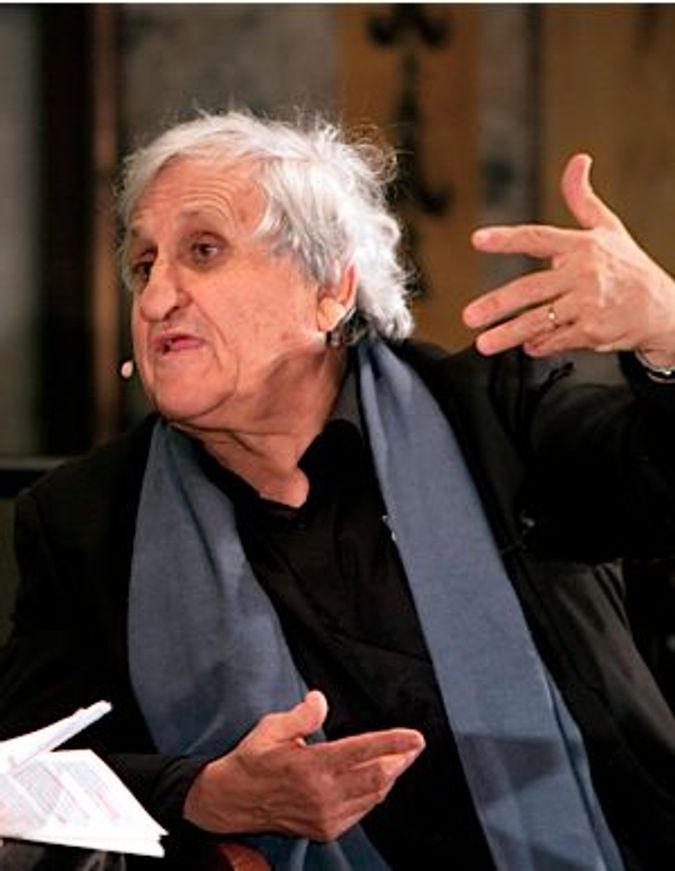 Yehoshua calls “Spanish Charity” a probing of the creative process, and Haaretz saw it as a retrospective of the author’s own work. English readers will have to wait to judge the novel’s contents, as it is currently only available in Hebrew. Yehoshua told me the English title, which likely won’t be available until late 2012, might change to something more suggestive, perhaps simply, “The Picture.”

Yehoshua appeared at the New York Public Library in conversation with Paul Holdengräber on March 28, and reminded his audience that he is of the rare breed of writer who relishes speaking his mind, even if it means upsetting people. In 2006, for example, at a meeting of the American Jewish Committee, he suggested that a Jew could not live a completely Jewish life outside of Israel, and he still believes this.

He told me he felt that J Street, the 3-year-old left-wing Israel lobby, is doing a fine job communicating their attitude and strategy to the left and center of the Israeli political sphere. He supports their efforts, though a Forward-commissioned poll taken in Israel would suggest he is not only in the minority of Israelis who support J Street, but he is one of the few who knows who they are.

Yehoshua also said that language determines the identity of a writer — he writes in Hebrew therefore he is an Israeli writer, but when asked why his work speaks to Americans, particularly American Jews, he said “I have one language for everybody.”

English translations of Yehoshua’s work confirm this. He is a writer who meticulously builds his characters’ psyches without endowing them with unwieldy pasts to pick apart. He tends to employ multiple voices in his novels, which are lush yet limited to carefully drawn characters, and contained in a narrow sliver of space and time. A week is just enough to examine a marriage in “Friendly Fire”; “A Woman in Jerusalem” has only two major characters and one is dead. An early comparison in the New York Times to Faulkner has stuck with him.

But Yehoshua prefers the writers of the first half of the 20th century — Woolf, Kafka, Tolstoy and Joyce — to those of the second half, whose novels he feels are overstuffed with psychology. Giving characters pasts and back-stories, he believes, makes their moral predicaments understandable and therefore forgivable, freeing the reader from the burden and discomfort of applying a moral code on her own.

Self-serious writers often balk at the process question — how does that jumble in your head become a book? Yehoshua threw up his hands and good-naturedly shrugged. “I’m too old to change professions.” Though he admitted that the early pages of a novel are easily the hardest and most time-consuming part to write.

Of the many film and television adaptations of his work, he is most pleased Eran Riklis’s 2010 film, “The Human Resources Manager,” which is based on his novel, “A Woman in Jerusalem.” Yehoshua chuckled, remembering that the field of Human Resources was called “Man Power” in his youth.

A new project he recently completed for publication was synthesizing “Crime and Punishment” into a 9000-word story for children, which his granddaughters tested out and approved.