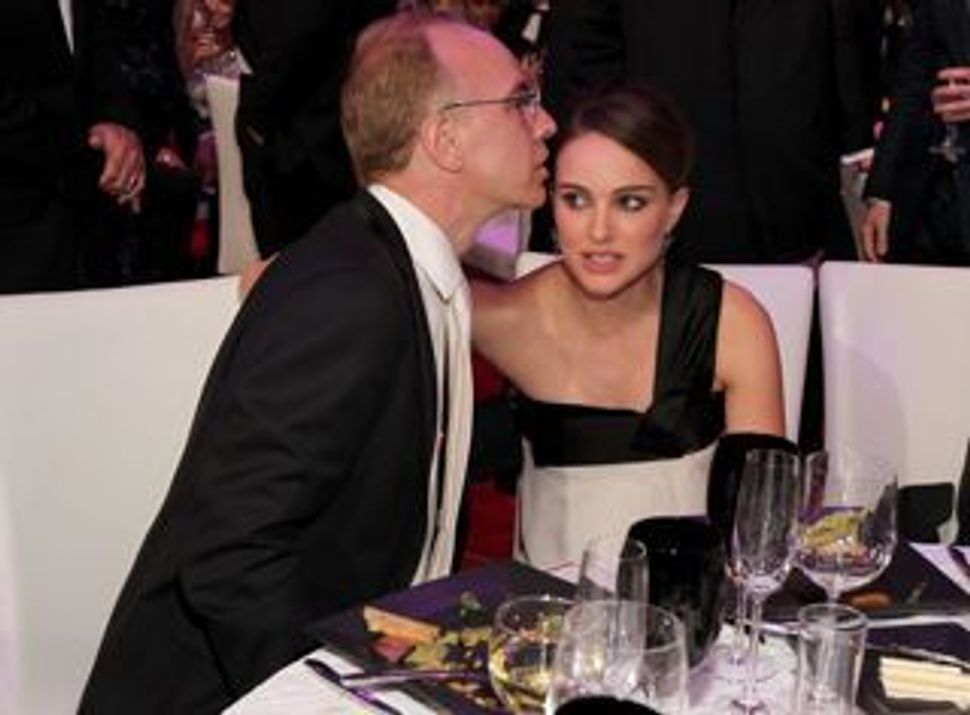 Is publishing a book easier if your daughter’s an Oscar winner? Natalie Portman’s dad is about to find out.

Avner Hershlag, the Israeli father of the “Black Swan” star, is currently peddling his debut novel to major publishing houses, the Observer reports. Partly inspired by his work as a fertility specialist, the book is described by its author as a “reproductive thriller,” and focuses, in the Observer’s words, on “cloning experiments gone bad and the compromised embryos of a U.S. first lady.”

Initially self-published by Hershlag, the book could now get the backing of a major imprint – setting up interesting questions about whether Portman might write a blurb for the jacket or promote it in other ways.

Of course, she’s currently involved in a “reproductive thriller” of her own – expecting the arrival of her first child later this year.