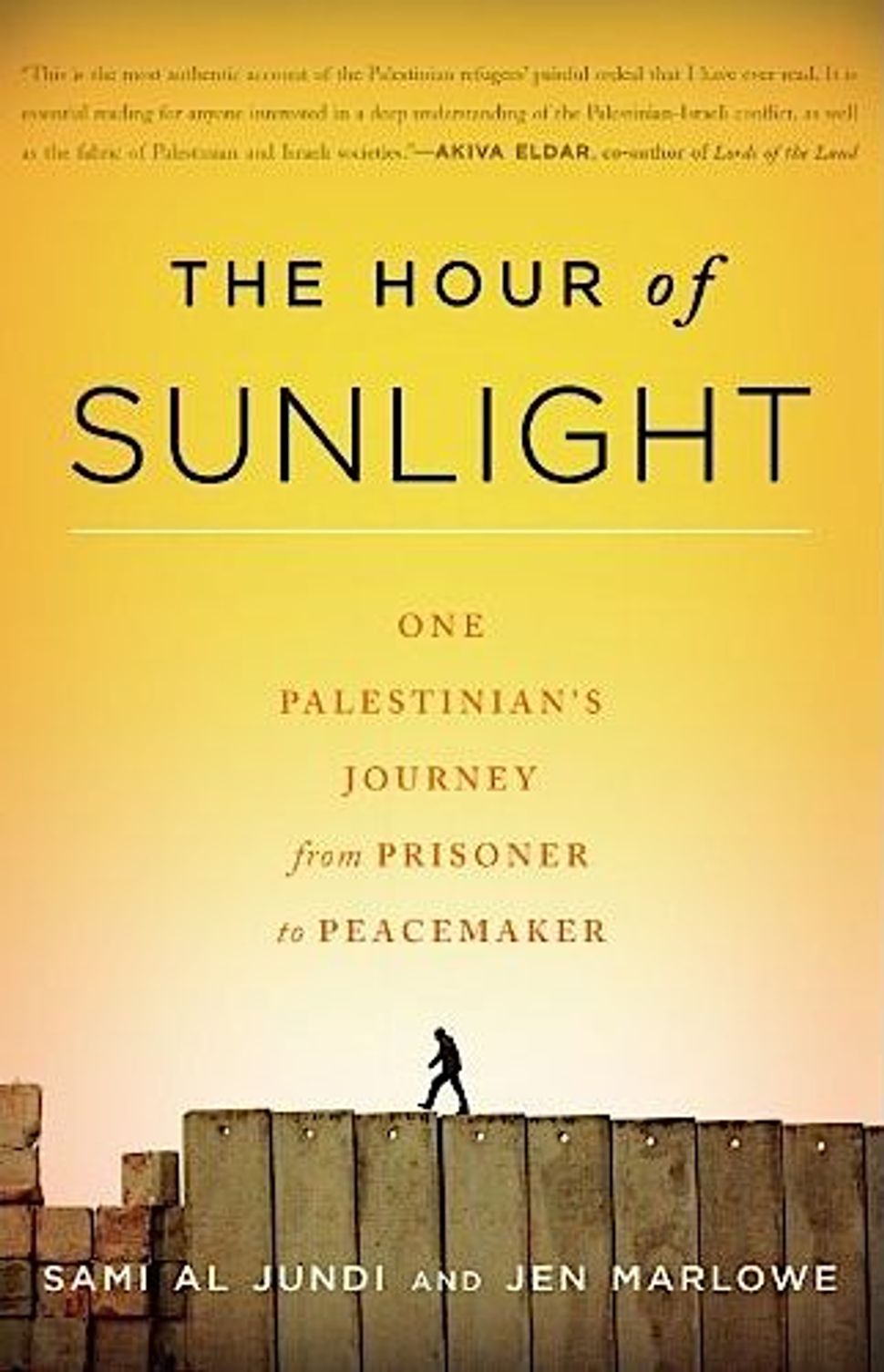 Americans often hear about Israel, the Israeli-Palestinian conflict, and the U.S.-Israel relationship. We read Israeli authors in translation, buy Israeli products, and anyone within driving distance of a JCC can hear an Israeli speak on a nearly weekly basis.

What we don’t often hear are Palestinians.

This is, I believe, understandable — particularly for the Jewish community. We want to know more about ourselves, our brothers and sisters, our homeland. We want to support our people and our future. We know the story, and don’t feel a need to hear the version told by Israel’s enemies.

But perhaps that’s exactly why we do need to consider Palestinian voices — because after all these years, Israel and the Palestinian people are still enemies.

“The Hour of Sunlight” is the remarkable memoir of Jerusalemite Sami al-Jundi, an aspiring terrorist turned peace activist. Beautifully written with co-author Jen Marlowe, al-Jundi’s story ranges from the universally accessible (recollections of childhood shenanigans) to the heartbreakingly specific (initially excited to see real Israeli soldiers up close as a young child, al-Jundi then watches them reduce his blind mother to tears).

Angered by the displacements of the Israeli-Arab wars and the strictures of life under occupation, al-Jundi, his cousin and a friend decide to join the PLO — but a bomb explodes as they ready it for use against an Israeli target, killing one and grievously wounding the others.

Al-Jundi is quickly picked up by the Israeli authorities, interrogated at length, and ultimately sentenced to 10 years in prison. While there, he becomes an avid student in what the prisoners refer to as “university” — an intense program of study intended to produce a well-educated cadre of Palestinian nationalists.

As a result of his education al-Jundi becomes something else as well: a proponent of non-violence.

Studying philosophy, literature and history (including that of the Jewish people), and delving deeply into the work of Gandhi and Martin Luther King, Jr., al-Jundi emerges from prison a co-existence advocate. Today he works closely with Israeli and American Jews in order to end what he calls “the circle of bloodshed” in Israel and the Palestinian territories.

Though compelling, “The Hour of Sunlight” is not an easy book to read. Events that American and Israeli Jews may remember from one angle are suddenly presented in a new light, and painful history exhumed, often with human insight that threatens previously held understandings.

In that sense, then, “The Hour of Sunlight” is a political book, in that al-Jundi is calling for understanding that he feels has long been denied his people, and a new, shared political path forward.

But at the same time, this is a profound, occasionally even funny, account of a man too thoughtful to leave peace in the hands of politicians, and too honest to not see the suffering, generosity and simple humanity of all those caught up in the fight.

If Americans (Jewish or otherwise) want to hear Palestinian voices, meeting al-Jundi in the pages of this exceptional book is an excellent place to start.