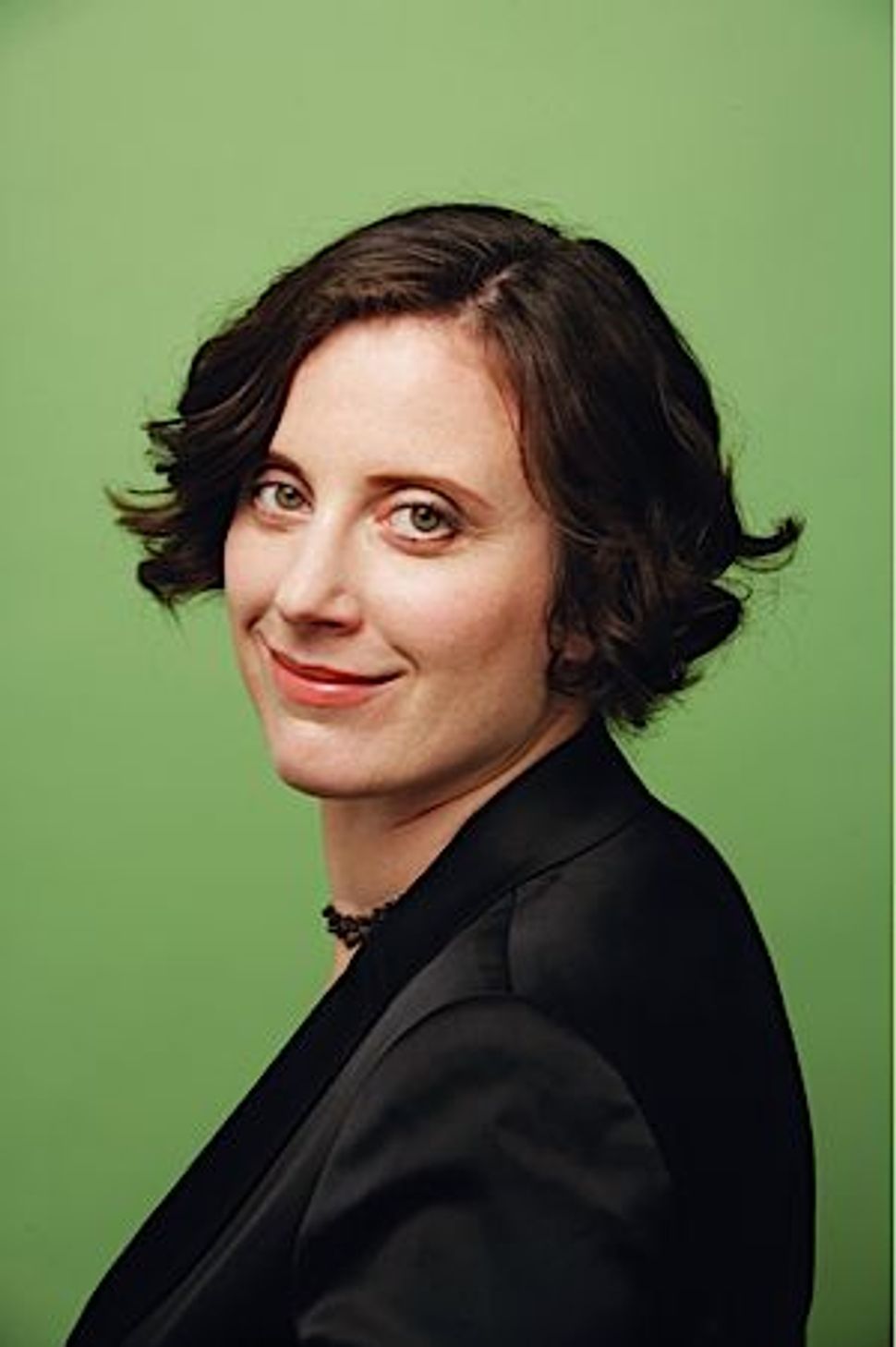 For Canadian author and poet Alison Pick, it was her personal journey of discovering and reclaiming her Jewish identity that led to her greatest professional success. The 35-year-old recently won the 2010 Canadian Jewish Book Award for fiction, being presented May 30 in Toronto, for her historical novel, “Far to Go,” about a Czechoslovakian Jewish family on the eve of World War II. Available last fall in Canada, the book was published this spring in Italy, the Netherlands, the U.K., and the U.S. Following many positive reviews, it was listed as one of the 10 best books of 2010 in The Toronto Star and NOW Magazine, and named among the top 40 books of the decade by the Canadian Broadcasting Corporation.

Pick recently spoke with The Arty Semite from her home in Toronto, where she lives with her husband and young daughter, about how the revealing of family secrets and her decision to embrace Judaism informed her creative process.

Renee Ghert-Zand: How did you not know until you were a young adult that your father’s family was Jewish?

Alison Pick: I grew up not knowing that my Dad was Jewish, and he, himself, had grown up not knowing that he was Jewish. His parents had been Czech Jews… The story turns out that my grandfather’s family had actually been practicing Jews, but my grandmother’s not at all. They bribed and got out of the country in 1939 and came to Canada and decided to raise their kids Christian. It was a decision that I spent a lot of time wrestling with, particularly as an adolescent, but I have come to understand that Canada was very anti-Semitic at the time and their extended family died in Auschwitz, and they were terrified that the same thing could happen here.

My dad found out by accident as a young man in his early 20s while on a tour of the old Jewish cemetery in Prague, when the tour guide said, “Oh, well Pick is a Jewish name.” He came home and asked his parents and they told him the truth, but still there was an atmosphere of secrecy in my family until my grandmother passed away in 2000. She had lost both her parents in Auschwitz and it was really her wish that we not talk about it a whole lot. But in the last decade, the atmosphere in my family has changed. One of my cousins, my dad and I have all done a lot of genealogical and historical research.

In what way is “Far To Go” a result of learning your family’s history?

It was the first time I was writing an historical novel, and I knew it would be a big challenge. I wanted to write the best book that I was able to, so my allegiance was to creating a book that a reader stay up all night to read, and if I were to have told my grandparents’ story specifically, I guess it would have got muddied…I wanted the freedom to make the book the best book of fiction that I was able to write.

“Far To Go” has a structure that alternates between a mystery narrator in the present, fictional archival documents, and the main historical narrative. What was your rationale for this?

The original impetus for the book was a series of letters that were shared with me by a now-elderly man living in Israel who was one of the original Kindertransport kids, and his dad was the plant manager at my grandfather’s factory. He has a heartbreaking correspondence between his birth mom and the family that adopted him in Scotland. The first letter in “Far To Go” has a paragraph that is taken directly out of one of his letters. I knew there were going to be letters in the book.

I wanted to have a contemporary narrator because writing the book was an attempt in one way to deal with my own past and the legacy of secrecy over the generations in my family. I wanted to keep the identity of the present-day narrator concealed. I worked hard to plant some red herrings and to reveal that identity slowly to keep the reader’s interest and the pacing.

How did you create the period details and descriptions in the book?

I had some residencies in Europe. I’ve made several visits to the Czech Republic, but only for a couple of weeks at a time. Those visits were helpful in terms of landscape, language and food — things that are relatively stable over time. But the bulk of the details came from reading. I set out to read anything I could get my hands on that was set in that particular time and place. As I began to read, I started seeing the same things coming up over and over again, like the particular pattern of china and the particular outfit that the maid wore. It became obvious to me what things were emblematic of Czechoslovakia at the time. I tried to weave them in so that they were not too obvious, but part of the background.

You recently underwent a Reform conversion to Judaism. Why did you decide to do so when you were already Jewish by patrilineal descent?

When my husband and I moved back to Ontario after having lived in Newfoundland for five or six years, we came to Toronto with its big, thriving, vibrant Jewish community. Judaism became an exciting and viable option to me for the first time. I took an introduction to Judaism class… My husband and I had already been doing for a few years this ritual that we had called “24 hours unplugged”… I had not even heard of Shabbat, and then when I came across this cornerstone of Jewish life in my first class, it felt remarkable that we had somehow found our way to a ritual that was very similar. So there were some things that had a really striking resonance, and there was this familiarity with a religion and tradition that was ostensibly unknown to me. It also felt very comfortable and there was a real undeniable pull toward it.

It did feel like there was something meaningful [in conversion]. After having several generations of fear and denial, it felt very meaningful to me to have that official marking. My having won the Canadian Jewish Book Award for fiction felt really fantastic in the way that it ties together both my work as a writer and my identity as a new Jew. It was a validation and kind of homecoming.