Google Maps of Jerusalem, Circa 1570 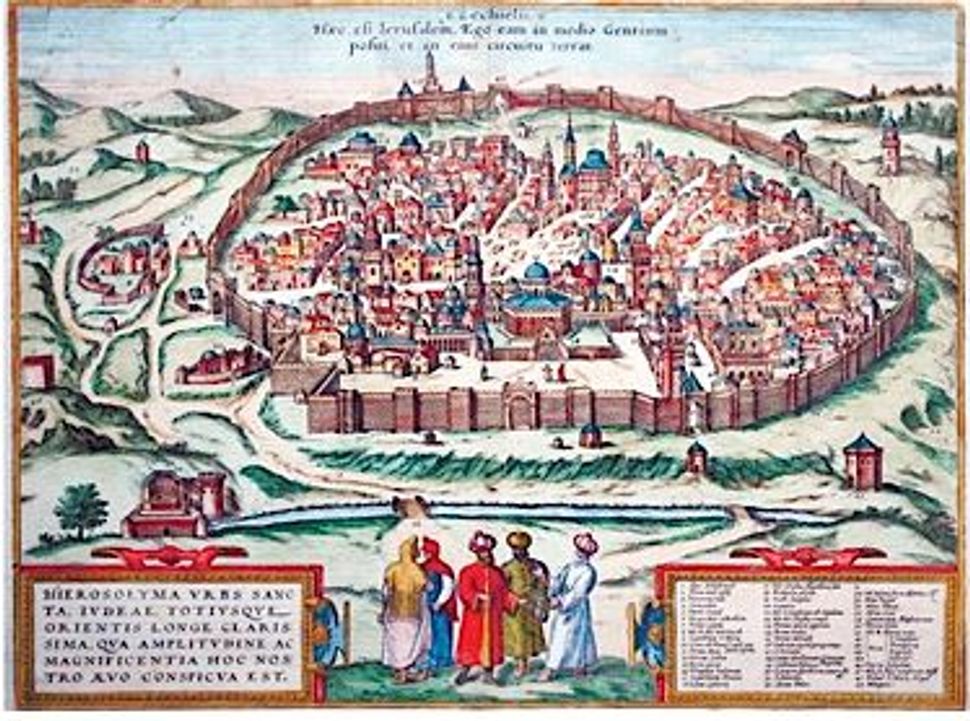 Late 16th-century Jerusalem is “the most famous of Judea and the entire East, whose size and splendor marvels the imagination” according to German geographer and theologian George Braun, who during the Renaissance created several of the most important historical maps of the city. 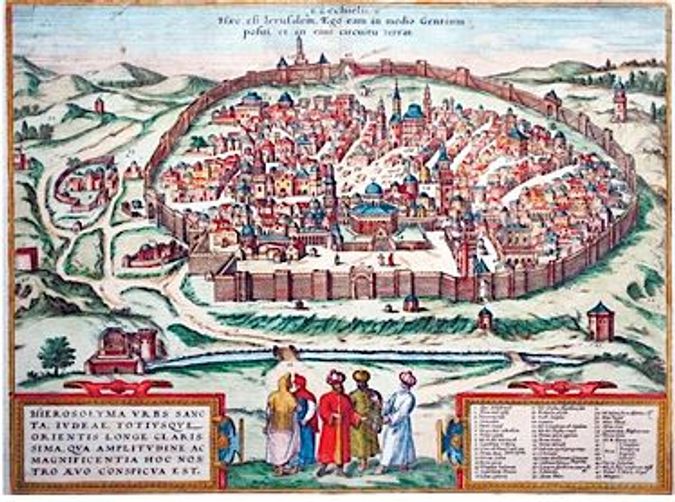 “That Jerusalem is the center of the whole world and lies on high mountains in the middle of the land of the Jews is attested not just by geographers but by all historians and the holy Bible,” he wrote in a text that is found at the top of a 1572 map.

The map of Jerusalem is one of 363 colored historical maps that appear in the book “Cities of the World,” that was recently published in English by Taschen.

Google Maps of Jerusalem, Circa 1570