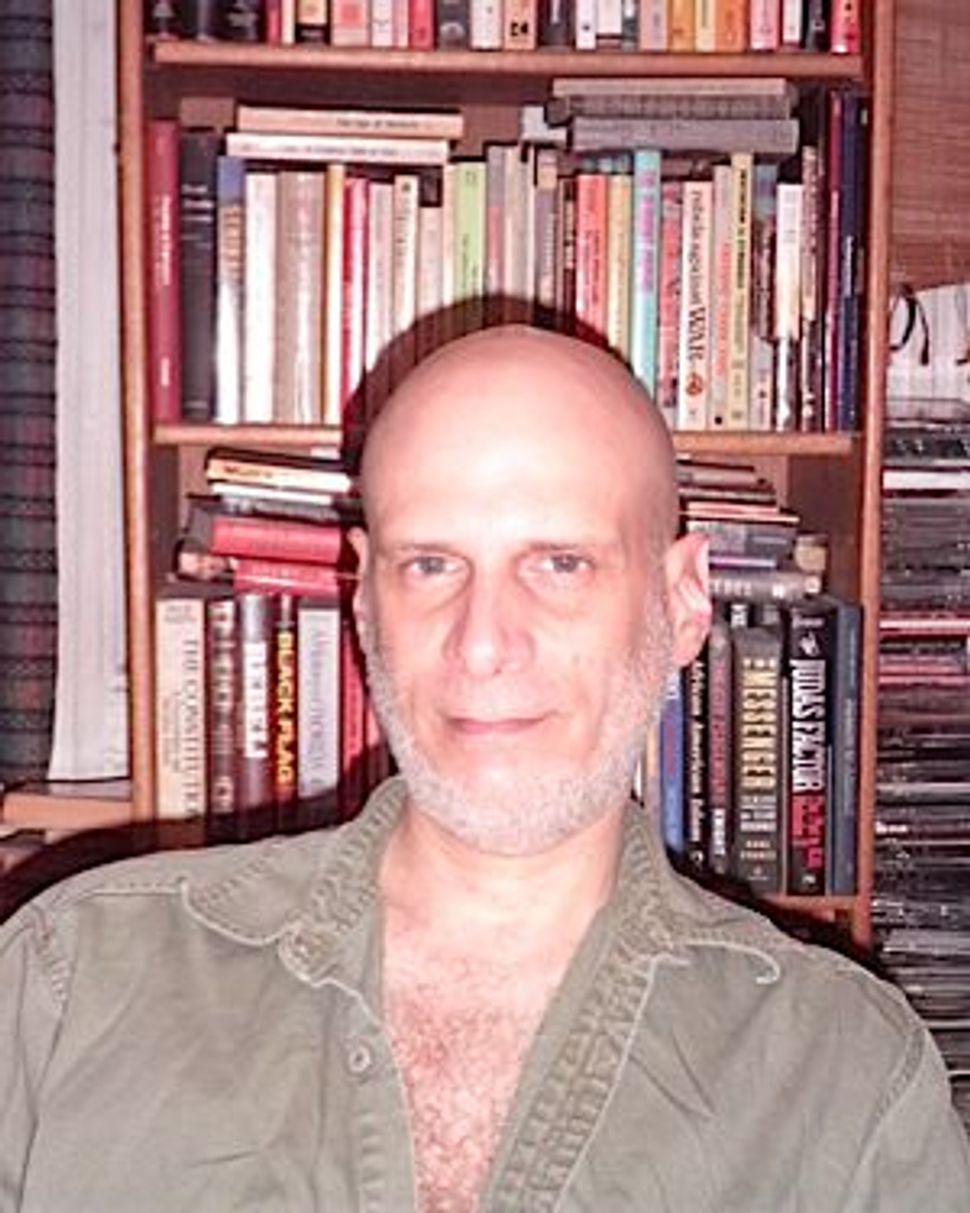 Bill Weinberg is working to save the Libertarian Book Club. Image by Gary Shapiro

“At the moment, the burden is mostly on my shoulders,” Weinberg said. “I’m hoping it’s going to survive.”

Asked if he was sure that they were the oldest continuous anarchist organization in the city, Weinberg replied, “Name another.”

In the popular imagination, anarchism conjures images of soap-box rhetoric, violent manifestos, and tipsy arguments over the ins and outs of revolution. The Libertarian Book Club, however, is more mundane, hosting forums such as the popular annual “Chaos Day” lecture. In decades past, the organization was known as a distributor of anarchist writings.

Debate has simmered over whether to use the word “libertarian” in the title. The group says that it adopted the term when it “had not yet been co-opted by the free-market right.” The club’s name is anodyne, said Paul Berman, author of “Power and the Idealists” (W.W. Norton, 2007), adding that it was chosen by its founders during a time when it was “not a moment to flaunt one’s ultra-radicalism.”

In April, Weinberg, who is the author of “Homage to Chiapas: The New Indigenous Struggles in Mexico” (Verso, 2002) spoke before the group on “Neither NATO nor Qaddafi, Thank You: Anarchist Perspectives on Libya, the Arab Spring and the Crisis in North Africa.” He has recently founded NewJewishResistance.org, which describes itself as opposing both Zionism and anti-Semitism, while favoring “Pan-Semitic” unity. The logo has a thick red anarchist letter “A” superimposed on a black Star of David.

The current location for the Libertarian Book Club is in the “Peace Pentagon” in the East Village, which houses other politically left-wing organizations such as the War Resisters League. There the LBC has shared office space with the broadly overlapping anarcho-syndicalist group Workers Solidarity Alliance. Weinberg thinks it may be “increasingly an extravagance to have an office” in the Internet age, but is unsure that is a good thing.

The Peace Pentagon is just the latest location where anarchists have hung their hats. Candace Falk, editor of the Emma Goldman Papers, said Goldman and others would frequent Justus Schwab’s tavern at 50 East 1st Street: “She used it as her return address,” Falk said. In their heyday, Yiddish anarchists gathered at Sach’s Cafe on Suffolk Street. Meetings of LBC have wandered between places like the Workmen’s Circle/Arbeter Ring, Brecht Forum, and The Living Theatre.

Over the decades, club highlights have included Alexandra Kropotkin, speaking about her famous father, the theorist of anarcho-communism, Peter Kropotkin. Another speaker was Roger Baldwin, the American Civil Liberties Union founder who had been “a probation officer in St. Louis when he attended a lecture by Emma Goldman,” according to the late historian of anarchism, Paul Avrich.

Upheaval has surfaced over the years at the Libertarian Book Club. William Taback, an electrician, and his wife, Sarah, were swept from office in the mid-1970s over charges of heavy-handedness. “All official titles were thereupon abolished and everyone was declared to be simply a ‘member’ on equal terms with everyone else,” writes Avrich. The husband was so dejected he would sign letters, “Bill Taback, Plain Member.”

Writer and editor Doug Puchowski recalls more recent disagreements among the group: “There were times I left thinking, In a city of 8 million people, the anarchist Book Club only draws 40 people, and of those 40, there are about five factions.”

Weinberg begs to differ: “In my time there, we’ve never been organized enough to have factions.”