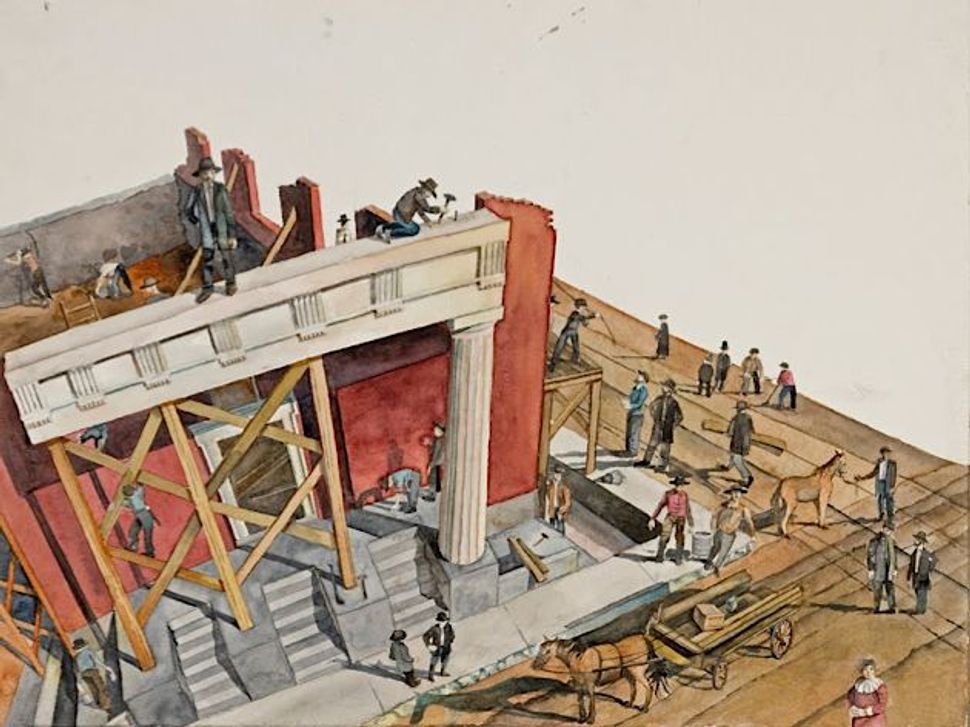 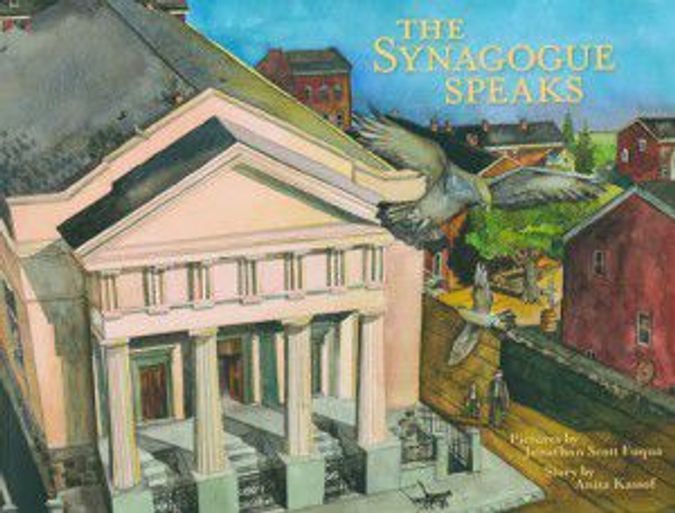 “If these walls could talk” is a cliché in the historic preservation world, but when standing inside an old synagogue it is still an irresistibly phrase and idea. Anita Kassof, associate director of the Jewish Museum of Maryland and illustrator Jonathon Scott Fuqua have now taken the idea literally and made an appealing children’s book from it. “Long before your grandparents’ grandparents were babies, before they walked or talked or tied their own shoes, I was built with shovel and pail, hammer and nail, brick and stone.” So begins the narrative of Baltimore’s Lloyd Street Synagogue, opened in 1845 as Maryland’s first synagogue, the Baltimore Hebrew Congregation, as told in the recently published “The Synagogue Speaks.”

The historic building, now part of the museum, evolved from traditional to Reform observance in the mid-19th century, and was transformed into a Catholic church in 1889. In a less common twist of fate, the building became home to an Eastern European Orthodox Jewish congregation in 1905. It was saved from the wrecking ball in 1960 and now serves as the cornerstone of the Jewish Museum of Maryland, and has long been celebrated as one of the Jewish community’s first historic preservation successes.

Illustration by Jonathon Scott Fuqua from ‘The Synagogue Speaks’ (The Jewish Museum of Maryland, 2011).

That’s a lot of history to relate in a 48-page book, especially one with only about 100 words per double page. But the richly detailed and historically precise watercolors by Fuqua bring the story to life. While the book is recommended for children ages 4 to 10, I think adults will enjoy the illustrations, which include construction views in the style of the great architectural illustrator David Macaulay.

Children’s books that tell the stories of American historic sites are quite common, but “The Synagogue Speaks” is only the second example of the genre I know of that tells the story of an old American synagogue.

Illustration by Jonathon Scott Fuqua from ‘The Synagogue Speaks’ (The Jewish Museum of Maryland, 2011).

“The Old Synagogue,” (1989) written and illustrated by Richard Rosenblum, tells the story of the creation, decline and restoration of a small New York synagogue like the Stanton Street Shul. It is a mix of reportage, nostalgia, exploration and discovery.

More recent is Mark Podwal’s “Built by Angels: The Story of the Old-New Synagogue.” This children’s book, also 48 pages, is more about myth, mystery and imagination. Its vivid illustrations and text of legends leans more to the fantasy genre than to history. While it does introduce young readers to a important building and history, it also reinforces misconceptions and stereotypes — not the best way to learn from the past, but perhaps a way to inspire curiosity.

Other congregations and historic preservation planners will want to learn from these examples.