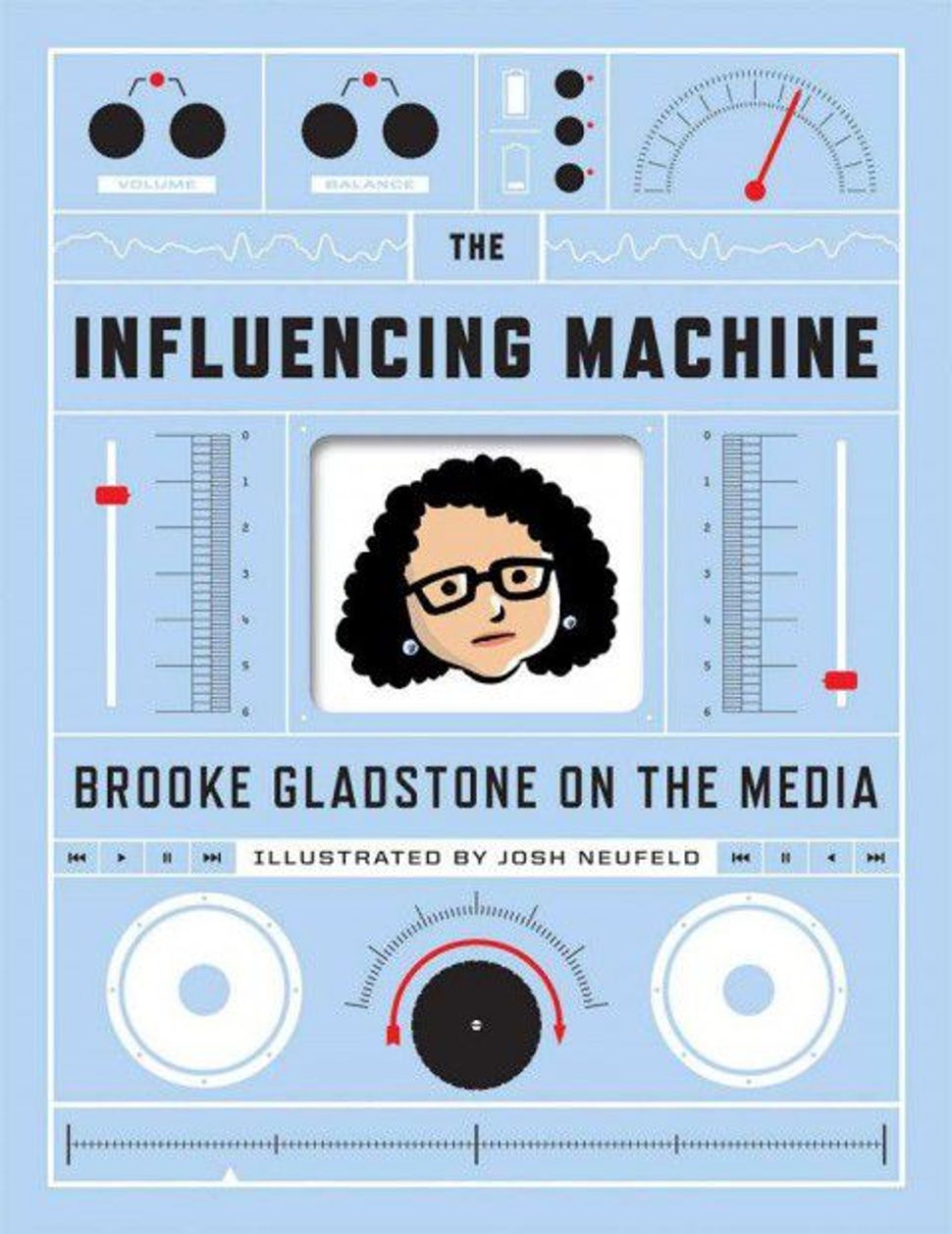 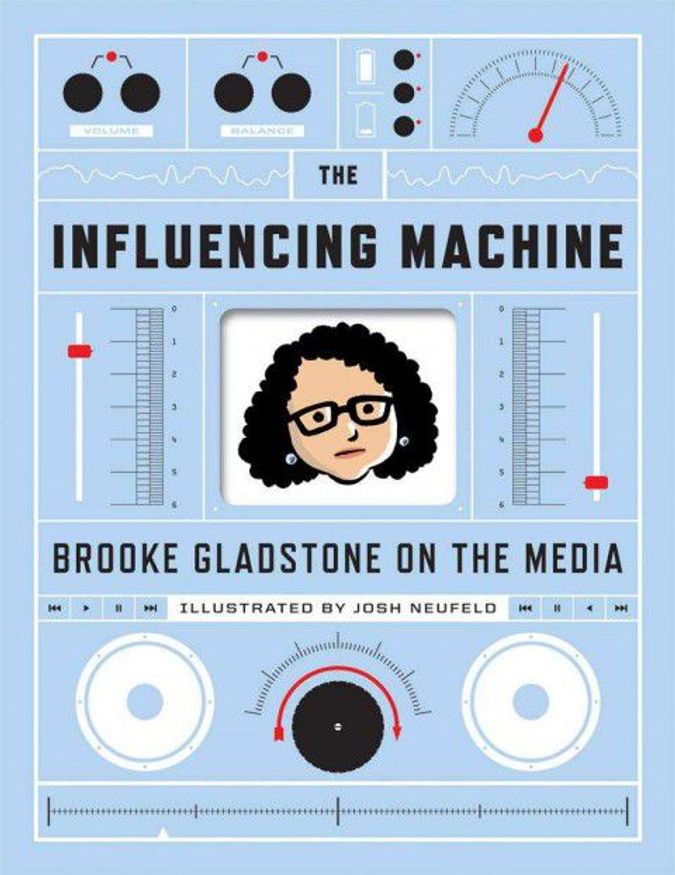 An icon of many a household’s Sunday listening, Brooke Gladstone and her show “On the Media,” with Bob Garfield as co-host, has for my (pledge) money the liveliest program on National Public Radio.

This book is, at any rate, the first effort to explore Gladstone’s subject in one of the most creative printed ways: comic art. It bears the stamp of comic artist Josh Neufeld, an erstwhile collaborator of the late Harvey Pekar, who has also produced a much-praised graphic novel treatment of Hurricane Katrina’s effects on New Orleans. In “The Influencing Machine,” Neufeld’s work is tinted bluish, giving it a slightly ghostly effect, offset by the directness of the caricatures. It’s a great fit.

In the advance publicity, Gladstone calls “The Influencing Machine” a “manifesto masquerading as a history.” This thought dominates the pages in more than one way. Not only does she offer her own philosophy of communication from the Stone Age onward, she also seeks to demystify the subject and to loosen the grip of conspiracy from the public’s understanding of media.

On the printed page as on the radio waves, Gladstone is a captivating presence. We drift from Freud to the Mayans, the Roman Senate, 17th-century Europe, the American Revolution, Woodrow Wilson, Hitler, Nixon and even Obama, almost effortlessly. Ordinary people have been obsessed with the notion that the media is controlled, biased and out to get them, at least since the French Revolution.

Gladstone gives us plenty of bias stories. One is the young Kuwaiti woman who testified, during the Iraqi invasion of 1990, that the occupiers had pulled out tubes from incubators and left the babies to die. She was actually the daughter of the Kuwaiti ambassador to the U.S., and it was all a lie. Because the Senate voted to go to war by a narrow margin, the invented testimony arguably made the bombs fall.

But here’s an even worse fabrication: Under the notably liberal rule of Woodrow Wilson, the Committee of Public Information strictly censored reports from the war front, so as to make U.S. entry more palatable. Apart from banning photos of dead American soldiers, CPI director George Creel had his staff invent all sorts of wartime fantasies, and when intrepid journalist George Seldes was about to spill the beans, Creel had him arrested. In a few years, the Nazis would similarly be charging “sabotage,” a charge made credible by the withholding of evidence that Germans had simply been defeated in the field.

Gladstone piles up the evidence, much of the best of it about Vietnam and Iraq, though she politely passes over the cover-up role played by NPR itself on the subject of Saddam’s supposed weapons of mass destruction. Her point is to show us that “objectivity” is elusive, and she hammers that point home together with the considerable effect that Neufeld offers in his drawings. And where are with going with it all? That, as Gladstone summarizes, we media consumers “get the media we deserve.”

Yet this neat summation squeezes down too far the otherwise large philosophical sweep of the book. What Gladstone seems to suggest but not quite say is, we have the media that those with a great deal of power offer us — though assuredly within a complex process with lots of feedback from customers. This is not a conspiracy, but something closer to the way that a society with a small percentage of very wealthy people and a society with a global empire (even a slipping empire) to protect would naturally operate. In many ways The American Century deluded us, and we have a whole lot of catching up to do. This book will offer many readers some first steps.