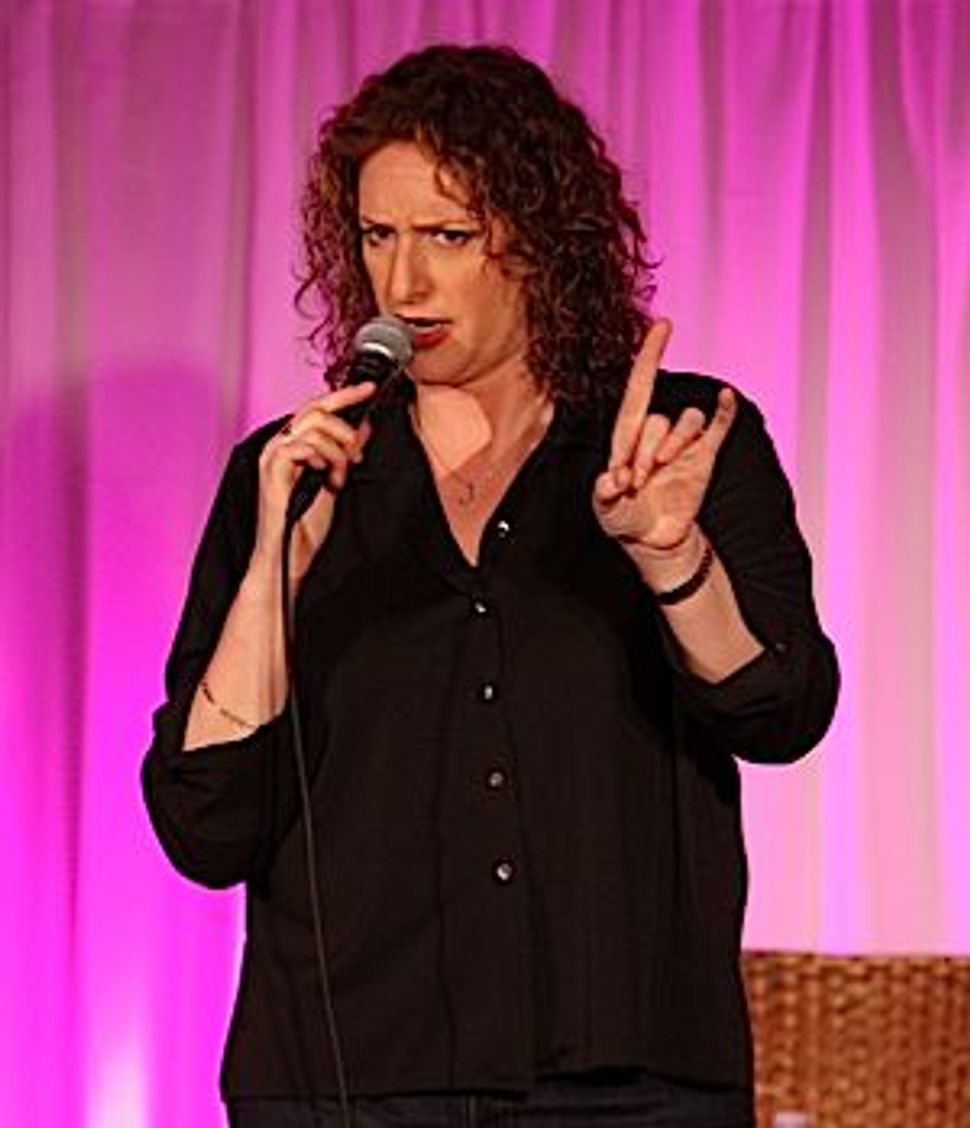 Like many people of a certain age, Judy Gold grew up on television sitcoms. They proved to be a tremendous influence, providing a moral compass on issues such as racism (All in the Family), poverty (Good Times), single motherhood (One Day at a Time), homosexuality (Three’s Company), and unmarried professional womanhood (The Mary Tyler Moore Show). 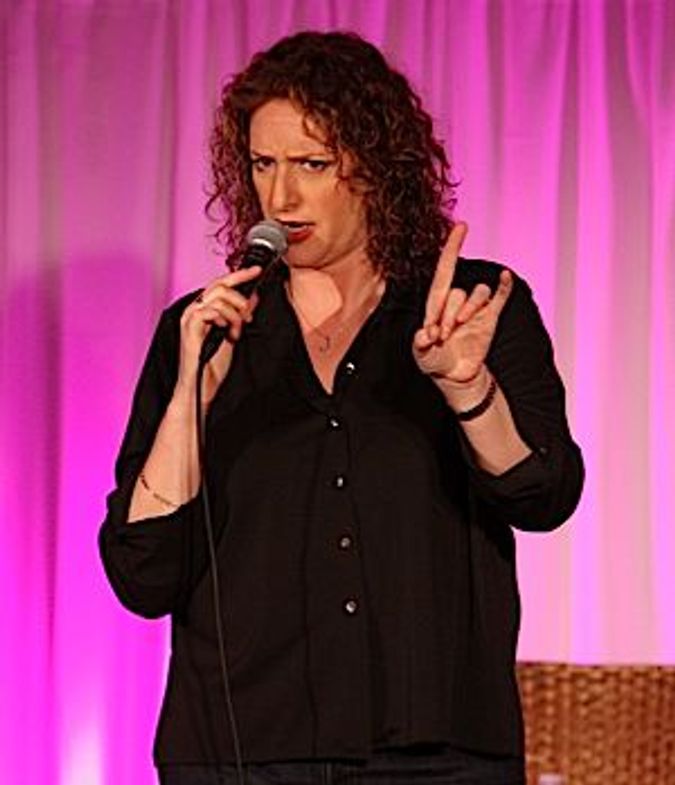 More than laughs and life lessons, they also offered grist for the comedienne’s latest off-Broadway effort, “The Judy Show: My Life as a Sitcom,” which was recently extended until October 22 at DR2 Theatre. Gold, who is an observant Jew, 6 feet 3 inches tall and a lesbian mother of two, starts the show with a phone call from her mom, who wonders why she isn’t on Broadway, before moving on to discuss summer camp (Jews must send their children, “it’s in the Torah, the Book of Exodus”) and marriage.

After the performance, a small coterie of fans awaits Judy in the lobby. One, a tall woman, commiserates with Gold about the problems of height. Another is a 23-year-old who claims she’s Judy’s biggest fan, has memorized all her routines and wants her advice on whether she should come out to her parents.

Gold, who lives with a long-time partner, spoke to The Arty Semite about her life, loves and Judaism.

Curt Schleier: What did you say to that young woman who was waiting for you after the show and asked you about coming out?

Judy Gold: I get a lot of people talking to me about that, and a lot of letters. I say it’s very important to come out. There is no reason to be ashamed of who you are. The more gay people who come out of the closet, the more people in this country will realize they know and love a gay person and perhaps go a different way.

What about the other lady, who came up to you discuss the problems of being a very tall woman?

I think when people see me open up about life the way I do on stage, they feel they can talk to you about that sort of thing. When you see another tall woman on the street, you nod, sort of like Orthodox Jews.

When did you realize you were gay?

I knew that there was something different about me at a very young age; at 5 or 6 I realized I’m not like them. I realized I was gay in adolescence, when most people become sexual beings, and I didn’t have crushes on boys.

There’s a very moving moment in the play when your father almost asks you if you are gay.

My father asked me if I was dating anyone, if I had a boyfriend or if I had a girlfriend. I denied everything. Then he said, “Some parents have children who are gay or bisexual and they still love them.” The saddest part was I never told him, “Yes, I’m gay.” I wasn’t ready for it. I was so young. I was scared. I think deep down I was comforted by the fact that I knew that he knew, but it would have been nice to be able to talk about it.

How did you tell your mother?

I had sinus surgery and she was taking care of me. A few friends came over to visit and said they wished I had married their friend and kept (my then partner) on the side. I just changed the subject. When my mother came in she said, “I knew it!” Then, the first thing out of her mouth was, “why did you lie to your father?” I said I wasn’t ready to tell. I wasn’t comfortable. Even at that time, 20 years ago, it was a completely different landscape; it was still very difficult to come out.

Is doing the show cathartic for you?

It is cathartic for me. Honestly, when I first did the show, I thought “Who cares?” But it’s hit a chord with so many people. If I can use my time on stage to get a point across, to have someone say, “You know, I never thought of that,” that’s a good thing. Comedy is the most palliative way to make a point. People are more willing to listen if they can laugh.

I was hoping you were going to be very funny and I could quote your words and make it appear as though I were witty. Yet this conversation has been very serious. Do people always expect you to be on?

People think you’re on all the time and you’re funny all the time. When I was a kid, I’d read about celebrities who didn’t want to talk to their fans after a show. I told myself that’s terrible and I would never do that. But at some point you realize that they’re nuts, that half of them are psychotic. That gay woman, she actually found a way to run down to my dressing room immediately after the show. She actually snuck into my dressing room. It’s like there are no boundaries.

Now that gay marriage has been legalized in New York, will you and your partner walk down the aisle?

We have intentions of getting married. I would like to do it. My mother is going to be 89. I’d like to see it, even though she’ll have a puss on her face at some point during the ceremony.

What is the proper way to refer to your significant other? Is it partner, husband, wife?

I hated the word partner in the beginning. It sounds like you own a Starbucks together; in Canada when they do the marriage vows, the participants are each called spouse.

In the show you say you are an observant Jew. What does that mean?

My kitchen is kosher, we have Shabbat dinner every Friday, and I do not work on Jewish holidays. I do nothing in my life in a traditional manner except for having these Jewish traditions. We have this crazy life, live in this crazy apartment, but Friday night we sit down, eat great chopped liver and chicken and drink the wine.