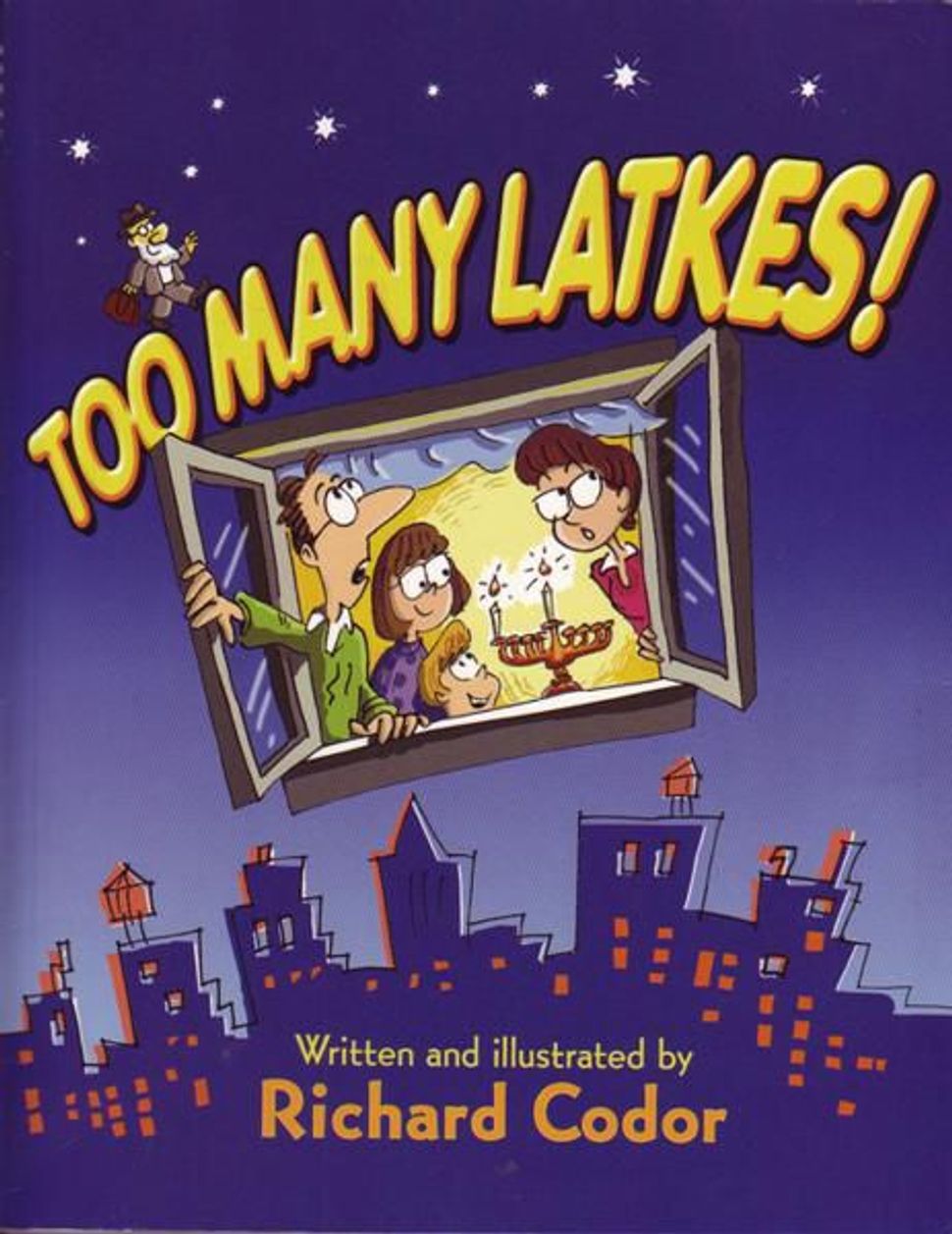 Richard Codor’s most recent book, “Too Many Latkes!” (Behrman House), is now available. His blog posts are being featured this week on The Arty Semite courtesy of the Jewish Book Council and My Jewish Learning’s Author Blog Series. For more information on the series, please visit: 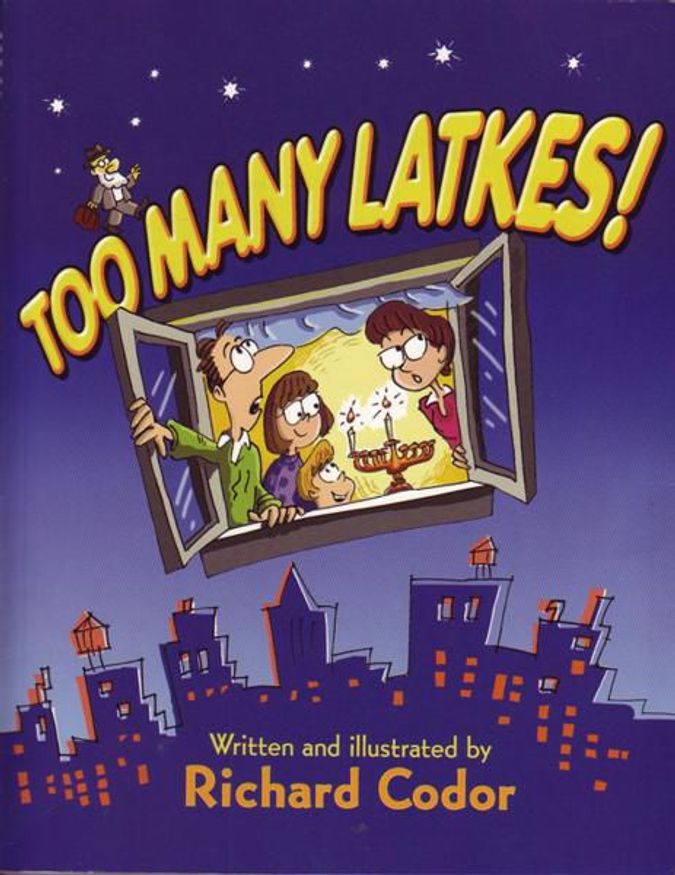 The memory of my cousin handing me my first copy of MAD Magazine when I was 12 is still fresh in my mind. I can feel my hands tremble as I looked down at the cover painting of Alfred E. Neuman as a scarecrow. My cousin said this magazine was going to change my life and he was right. From that moment on I was hooked. I was a cartoonist. As I turned the pages I knew all I wanted to do was to make drawings that everybody would laugh at, just like that group of talented idiots.

This was also the time when I was obsessed with the Marx Brothers movies. There was no Netflix, Internet, VCRs, or 24/7 TV. There were just three channels on our black and white set and they usually went off the air before midnight. I’d scour the TV listings for weeks looking for one of their films. If one did appear it was usually scheduled beyond my bedtime. That night, when everyone was asleep, I’d sneak downstairs, turn on the TV with the volume just above a whisper and watch, my eyes as big as saucers, the incredible comic anarchy of the Marxes. The next morning, I’d trudge to school where I’d spend the better part of homeroom, Latin, and Geometry classes filling the margins of my notebooks with super heroes, goofy weirdoes and slimy monsters, inspired by my real mentors.

My first brush with notoriety came about from one of those doodles in Hebrew school. Sitting in the back of class, as the teacher pounded away at the blackboard on the pronunciation of Hebrew verbs, I drew a small little sketch of her dancing a hora, naked. Under it, I wrote “Mrs. K…. Blows!” I passed it to the kid next to me. He stifled a delighted guffaw. I thought he would pass it back but instead I saw it make its way around the class with the sound of suppressed giggles. The teacher, sensing something was up, grabbed the offending scrap. She went on a tirade, which consisted of what an offensive drawing it was and wanting to know what she had to “blow” about since she felt she was a very modest person. The poor lady didn’t get it.

My popularity went way up. From being just a face in the crowd, I was established as The Cartoonist for the rest of my school career. However, the teacher got her revenge when years later I lived and worked in Israel and sorely missed not having a better grasp of the pronunciation of those Hebrew verbs.

My obsession with cartoon drawing has enabled me to make a living from illustrations, editorial cartooning, storyboarding for commercials, TV animation and feature films. Now, with the publication of my own books, like “Too Many Latkes!,” I’ve returned to the seat at the back of the class. I still want to make people laugh when I draw.

Check back on Wednesday for Richard Codor’s next post.