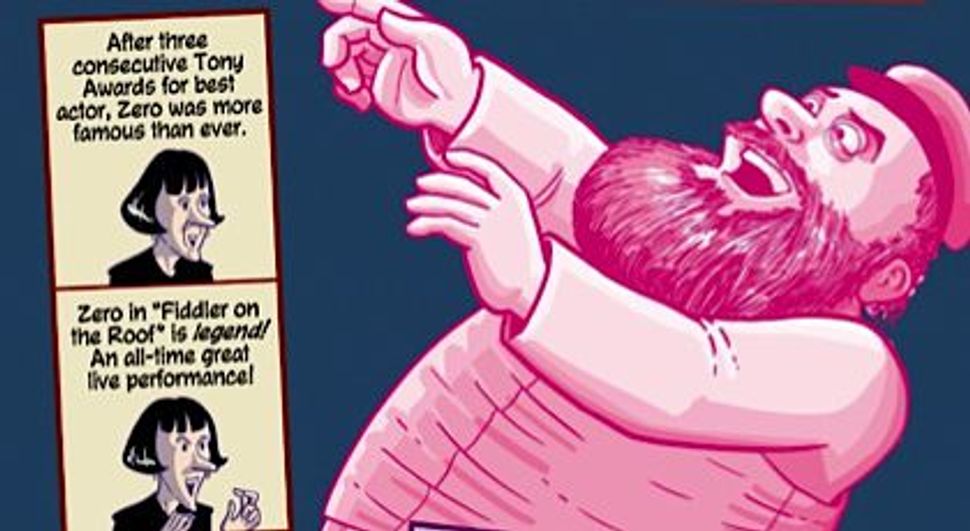 In this, the third annual Forward Fives selection, we celebrate the year’s cultural output with a series of deliberately eclectic choices in music, performance, exhibitions, books and film. Here we present five of the most important nonfiction books of 2011. Feel free to argue with and add to our selections in the comments.

Though 50 years have passed since the trial of Nazi war criminal Adolf Eichmann, the most famous, and most controversial account of the trial is still Hannah Arendt’s 1963 book, “Eichmann in Jerusalem.” In “The Eichmann Trial,” Deborah Lipstadt uses historical to refute Arendt’s arguments about the culpability of the Jewish councils, as well as the overall significance of the trial. “Drawing on the empirical work of other scholars,” writes Forward reviewer Michelle Sieff, “she argues that, by allowing victims to tell their stories publicly, the trial changed the perception and status of Holocaust victims in Israeli society.”

Read the Forward’s review of ‘The Eichmann Trial’ here and Deborah Lipstadt’s blog posts for The Arty Semite here.

“The Arrogant Years: One Girl’s Search for Her Lost Youth, from Cairo to Brooklyn”
By Lucette Lagnado

Lucette Lagnado’s award-winning first book, “The Man in the White Sharkskin Suit” told the story of her father’s downfall from the Cairo elite to being an impoverished immigrant in Brooklyn. Her new book continues the story of her parents’ expulsion from Egypt, traumatizing immigrant experience, and unhappy marriage. In addition to being an engaging family portrait, the book is also a fascinating look at what Egypt’s Jewish community once was.

Read the Forward’s review of ‘The Arrogant Years’ here and Lucette Lagnado’s blog posts for The Arty Semite here.

Despite it’s title, this unique graphic-textual hybrid doesn’t seek to teach its readers Yiddish words, or familiarize them with Yiddish culture. Rather, writes Forward reviewer Josh Lambert, you might call it “a postvernacular tour de force.” The book contains everything from cartoons from the Yiddish humor magazine Der Groyser Kundes to anecdotes about the Yiddish theater to a graphic biography of Zero Mostel.

”Metamaus: A Look Inside a Modern Classic, Maus”
By Art Spiegelman

In 1986, comic artist Art Spiegelman revolutionized the worlds of both comics and Holocaust literature with “Maus,” his graphic account of his father’s experiences during the Second World War. In this long-awaited commentary on his classic work, Spiegelman puts to rest the questions that have dogged “Maus” for decades: “Why comics? Why the Holocaust? Why Mice?”

“My Russian Grandmother and her American Vacuum Cleaner: A Family Memoir”
By Meir Shalev, translated by Evan Fallenberg

In his novels, Israeli writer Meir Shalev has fictionalized elements of his family’s history, but his latest book, writes Forward reviewer Ranen Omer-Sherman, is “an astonishing, often hilarious memoir that will delight readers eager for something truly fresh, offbeat and transformative.” As in his fiction, Shalev’s depiction of his “deranged malcontent” of a grandmother raises questions about the reliability and processes of memory and “undermines any possibility of locating the single authentic version of any past.”

Read the Forward’s review of ‘My Russian Grandmother and her American Vacuum Cleaner’ here.