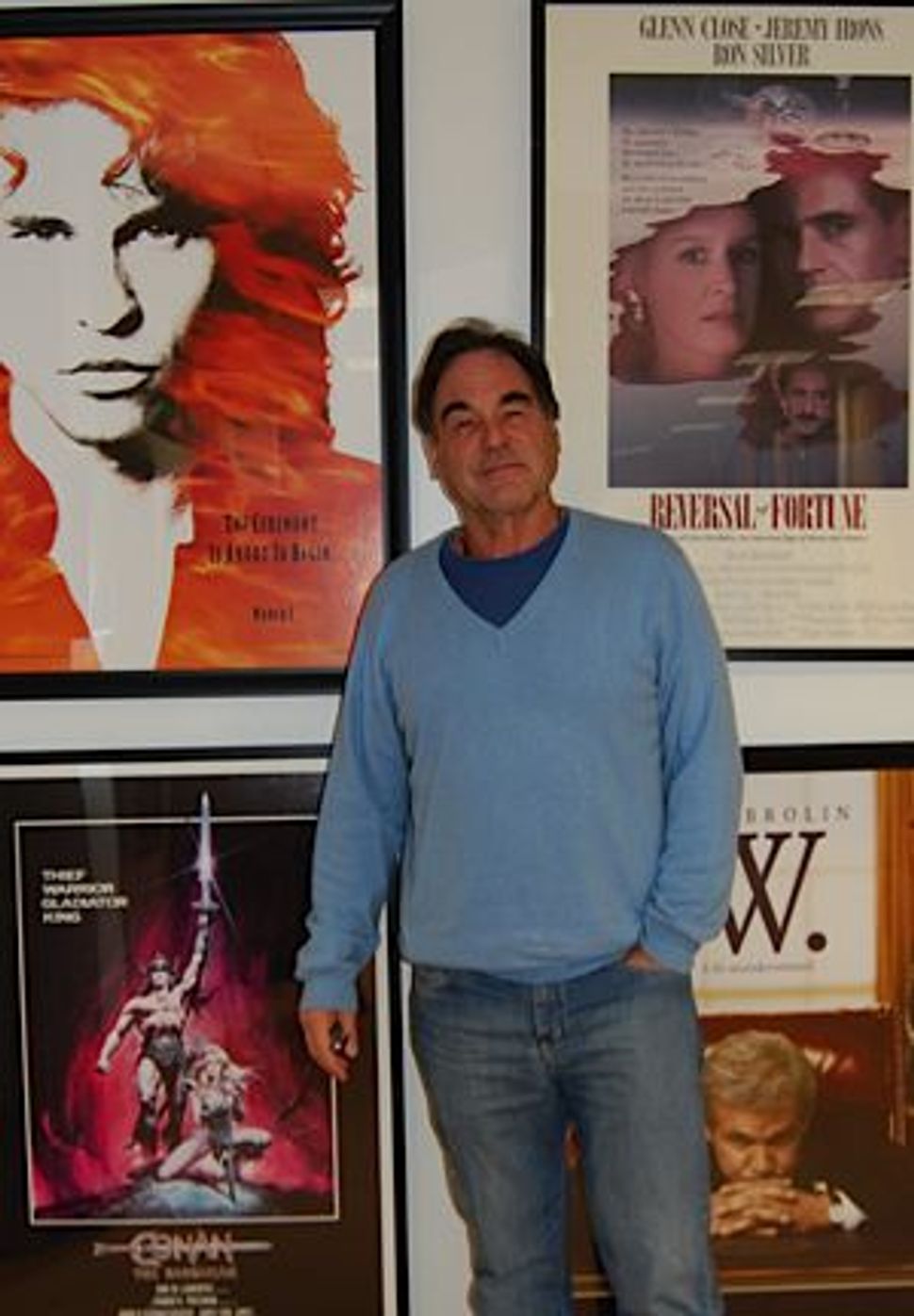 Filmmaker Oliver Stone has been keeping busy. In research for his forthcoming Showtime documentary series, “The Untold History of the United States,” which re-examines crucial events in American history, Stone conducted a seven hour interview with Tariq Ali, the Pakistani-born activist and intellectual who inspired the Rolling Stones song “Street Fighting Man.” That dialog formed the basis for a 2011 book co-authored by Stone and Ali, “On History,” which deals extensively with America’s relationship with the Middle East, as well as for a January 19 talk by the two at the New York Public Library.

Ed Rampell: How Would You Describe “The Untold History of the United States”?

Oliver Stone: It’s the most ambitious thing I’ve ever done. Certainly in documentary form, and perhaps in fiction, feature form. Ten one-hour shows that come out this year on Showtime.

You’ve also made documentaries like “Persona Non Grata,” about the Israeli-Palestinian conflict, and “South of the Border” about Latin American leaders. But you’re better known as a feature film director. Why is that?

Because the documentaries are not seen. America’s not interested in examining Arafat or Cuba, we’re ignorant of the facts of the case.

In “On History” you use the term “confessional states.” What does that mean?

I think what Tariq is saying is that confessional states are religious states, from the concept of confession. The Muslim drive preoccupies Palestine and the Jewish and Zionist ethic dominates Israel. I think you can also say the U.S., frankly, because it seems at times our Puritan complex drives the country.

The book deals a lot with the Middle East. Is that because American history has been so intimately involved with the region?

We try to be very broad. We go with Asia, because of Vietnam and Korea and because of our interests globally. We go with Europe, because of World War One and World War Two. We go with the Eurasian Basin, because of the resources there, and certainly the Middle East plays a huge role, because not only are some of the Eurasian countries there, but also oil is a huge factor. But we don’t dwell primarily on the Middle East because that’s more recent history. But certainly, we deal with the Iranian coup of 1953 with [Prime Minister Mohammad] Mossadegh, and that’s crucial to understanding a little bit about the Iranian story.

What do you think of the War on Terror?

Once you can recognize fear and paranoia then you begin to have the methods, the instruments, by which you can pick up on it as it is evoked over and over again in our culture. You cannot eradicate evil in the world. To even talk about it in a public speech is beyond any concept of reason that my father would have had back in World War II.

As the director of “Persona Non Grata” you met Yasser Arafat. What did you think of Newt Gingrich’s statement that “Palestinians are an invented people”?

I don’t see the basis of that. They were always there. They always had a sense of place. What’s “invented” about that?

Can you tell us about your next feature film?

“Savages” is an antidote to “History” [laughs]. It’s fiction, set in California and Mexico. It’s about the drug war, to the degree that it involves Mexican cartels against California independent [marijuana] growers.

Was it shot in Mexico?

Is it correct that Salma Hayek plays the head of the Mexican drug cartel?

She plays the head of one of the cartels, yeah. Her character took over after her husband was killed.

When will it be released? Next September?