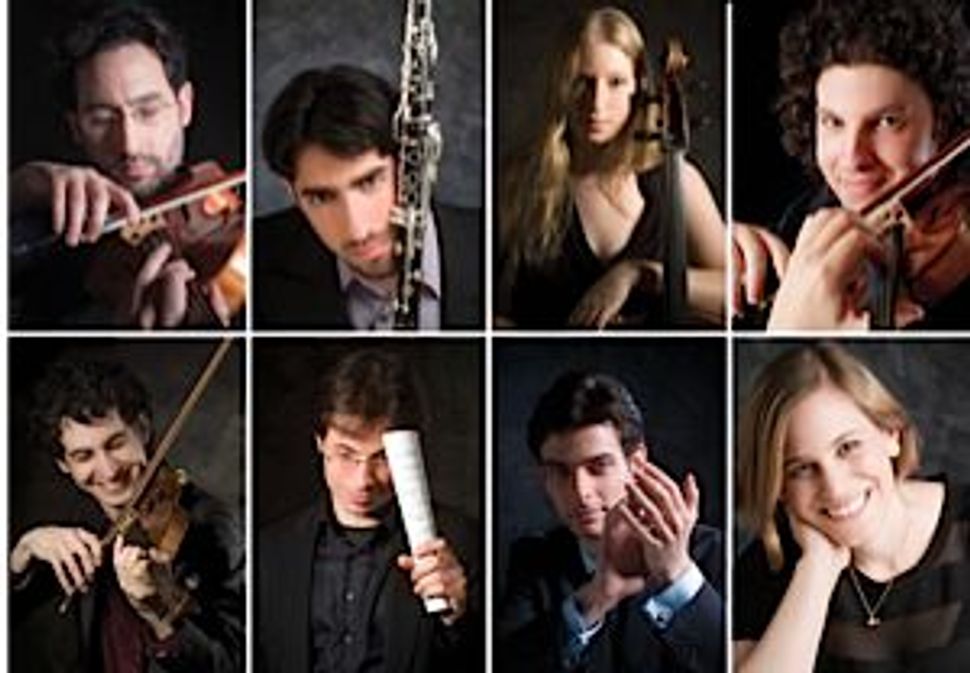 Image by Courtesy of ICP

We all know the answer to the old question, “how do you get to Carnegie Hall?” is to “practice, practice, practice.” But the Israel Chamber Project has also gotten there by cultivating an appreciative New York audience in the four years since the ensemble’s inception. 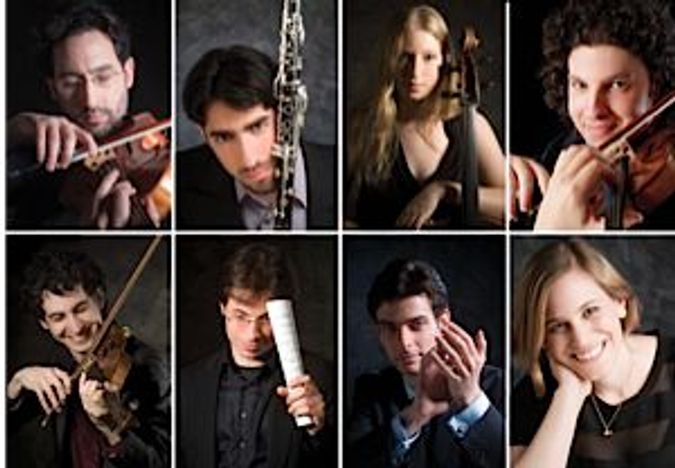 Image by Courtesy of ICP

“It’s the right time for a Carnegie Hall debut,” the group’s executive director, pianist Assaff Weisman, told The Arty Semite about the performance scheduled for February 1. “It feels in some way like an arrival… there is nothing quite like a Carnegie Hall debut to solidify your reputation.”

ICP, an ensemble of eight accomplished Israeli musicians in their 20s and 30s, has gained the interest of chamber music fans in Israel, Europe and the U.S. The group comes together several times annually for intensive tours and concerts at prestigious venues like Symphony Space and The Colburn School’s Zipper Hall in Los Angeles. Recently they also recorded their first CD, which is forthcoming.

The ensemble’s musical execution and expression are impressive, as is their predilection for mixing things up. Their repertoire ranges from high classical to lush romanticism to modernism, and they constantly change instrumental combinations, with anywhere from two to six players performing at a time.

On February 1, five ICP members — Weisman, clarinetist Tibi Cziger, cellist Michal Korman, harpist Sivan Magen, and violinist Itamar Zorman — along with guest viola player Sergey Tarashansky, will be playing a diversified program. “We like to combine the old with the new,” Cziger, ICP’s artistic director explained. “For instance, the program includes Canadian composer Sebastian Currier’s ‘Night Time’ for harp and violin — a contemporary piece often played in ‘underground’ settings — alongside ‘Trio for Clarinet, Cello, and Piano in A minor, Op. 114,’ one of Brahms’s most important pieces.”

The program also includes Bohuslav Martinů’s “Chamber Music No. 1,” with its rare instrumentation for piano and harp, which will have all six members of the ensemble playing together. Rounding things out are Shostakovich’s rarely performed “Trio for Piano, Violin, and Cello in C minor, Op. 8,” and Paul Ben Haim’s “Three Songs Without Words,” arranged for clarinet and harp. The latter is a departure for ICP, since Ben Haim, considered the father of Israeli classical music, wrote “Three Songs” in 1937. Customarily, ICP plays contemporary Israeli music — usually commissioning one to two pieces per year from young composers like Matan Porat and Amit Gilutz.

ICP, which won the 2011 Israeli Ministry of Culture Award for Outstanding Chamber Music Ensemble, does far more than perform. Education and outreach are also core to the ensemble’s mission. While they are now starting to include such programming on their U.S. tours, they have been working with Israeli youth since 2008. Dedicated to “giving back to the place where it all started for us,” as Weisman put it, ICP holds concerts, gives lessons and teaches master classes in underprivileged towns and kibbutzim, primarily in Israel’s north and south, including at the Beit Al-Musica conservatory in the Arab city of Shfar’am.