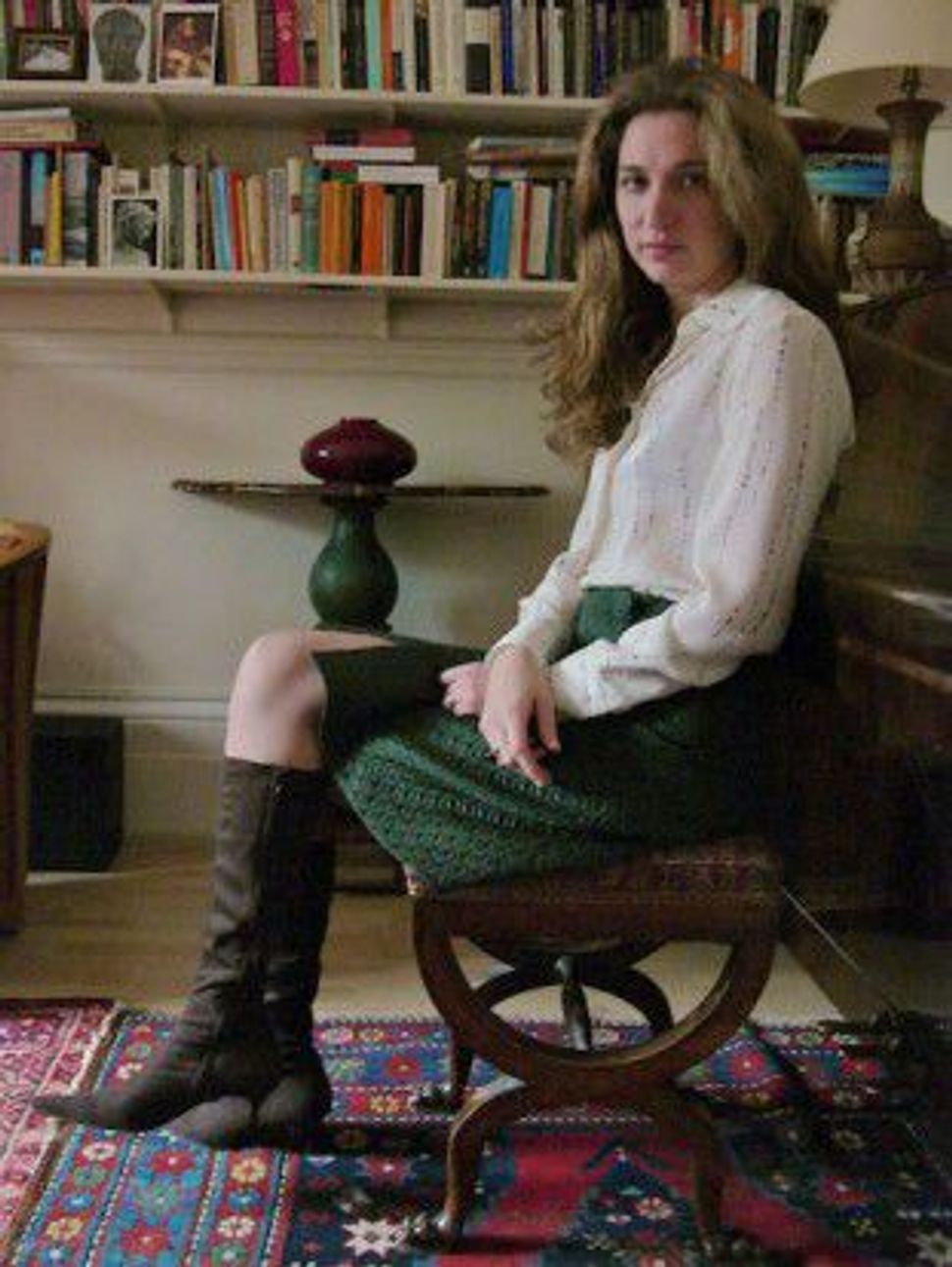 It was appropriate that the moderator for Alba Arikha’s talk last week at London’s Jewish Book Week was the war correspondent Janine di Giovanni. Di Giovanni is noted for preserving the human dimension in the complexities of conflict. Likewise, “Major/Minor,” Arikha’s recently published memoir, digs deep beneath the surface to explore her tempestuous relationship with her father, the Israeli-French painter Avigdor Arikha. The book strives to appreciate the influences that made her father the man he was, and how those influences shaped the woman she became, in turn.

Avigdor Arikha, who passed away in 2010, was one of the most noted artists and art historians of his age. His paintings and sketches hang in major museums around the world; his academic studies of Ingres and Velasquez, amongst others, are world class. His attitude to art — both his own and that of others — was passionate and intellectually uncompromising. So perhaps it shouldn’t be surprising that his rela-tionship with his wife and two daughters was fraught with the tensions that often arise from living with a talented, complicated person.

As Alba Arikha noted during her talk, family life was intellectually privileged but emotionally claustrophobic. Home was a flat-cum-atelier in the 13th arrondisse-ment of Paris; her father worked at home, and she recalled being obliged to tip-toe around the flat, so as not to disturb him. Samuel Beckett was her godfather; at the dinner table he’d recite Keats, then amuse the children by chewing on his fish bones “for calcium.” She was aware of her father’s achievements, proud of them even, but she longed for the contemporary, bourgeois life of her friends. The intel-lectual distinction of her home did not feel a part of her.

Admittedly, these are the makings for any number of generic coming-of-age mem-oirs. But “Major/Minor” distinguishes itself by way of two factors: its emotional literacy, and the lyrical fluency of Alba Arikha’s writing.

Art, in a sense, saved Avigdor Arikha’s life. Born into a German speaking Jewish family in 1929, his family was deported from Ukraine to concentration camps in Transnistria in 1941. After his father was killed in 1942, he was transferred, along with his mother and sister, to the Mogilev camp, where he started to draw. His sketches, surreptitiously taken images of life and death in the camp, came to the attention of officials of the Red Cross. Through their intervention, he was repatri-ated from the camp and allowed to immigrate to Palestine.

Avigdor Arikha, in effect, never had an adolescence. This lack, his daughter came to understand through the pages of her book, informed his relationship with her. “He was very focused, very stubborn, never wanted to compromise his integrity,” she observed — qualities that would easily influence, for worse more than for the better, a parent’s relationship with a painfully self-aware teenage daughter.

Memoir writing, Alba Arikha said, must negotiate “the fine line between self-indulgence and telling the truth.” Does she succeed? There is no space for the for-mer in “Major/Minor,” in no small part due to Arikha’s writing style — lucid, lyri-cal, immediate and direct. Her story is not camouflaged by sentimentality. Still, the awareness that what she writes is her story and hers alone is never lost. “I am aware of the disparity between my father’s memory and my reality,” she writes. The attempt to bridge this gap, through the book, is her way of making peace — with her father, and with herself.