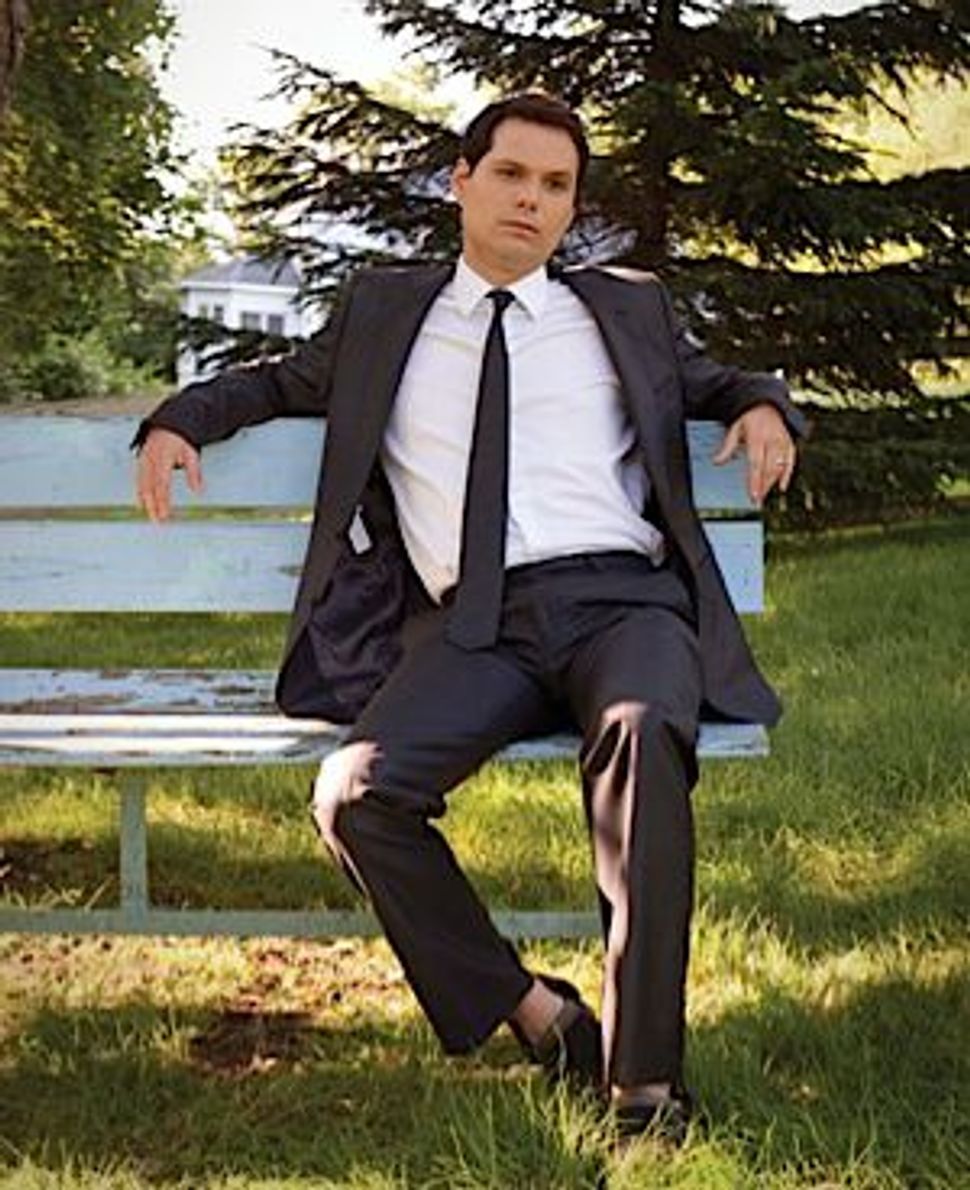 In Black’s new memoir, “You’re Not Doing It Right: Tales of Marriage, Sex, Death, and Other Humiliations,” he details the realities of marriage and raising children which, it turns out, are not always so great. Known for playing a caricature of himself on shows like “Stella” and “Michael and Michael Have Issues,” and as a pithy commentator on VH1’s “I Love the…” programs, in the book Black drops his persona as an infantile jerk. In a rare glimpse of the man himself, Black, born Schwartz, has written a memoir that is as beautiful as it is witty and incisive.

After solving the underwear mystery (he thinks it somehow go tangled in his coat earlier), Black talked to The Arty Semite about writing a serious book, his relationship to Judaism and coping with the reality of being Michael Ian Black.

Laurie Kamens: As a private person, was it hard to write a book that is so candid?

How long did it take you to write the book?

Twenty minutes (laughs). No, it took about two and half years.

What prompted you to write this?

It was a desire to let down my guard a little bit because I’ve spent my career portraying silly, absurd characters and I wanted to move forward. I wanted to expand my creative horizons and this was a natural and direct way to do that.

Do you feel weird about the public reading the book?

Not really. I guess you know when you enter the public arena, for better of for worse there is a perception about you that people develop one way or the other. In my case people assume I’m a flamboyantly gay douche bag and that’s fine. They’re welcome to do that. It happens to not be true, I hope.

Its not like I wanted to set the record straight, but I wanted to insert my own story into the narrative people had about me. Also, my hope for it is that it’s not about me so much. It’s about the common experience. It’s about things that a lot of people struggle with, but may not be able or want to articulate, but recognize in themselves.

In your standup you identify yourself as Jewish, but in the book you talk about being an atheist. What is your relationship to Judaism?

Judaism is a funny religion only because it’s as much a nationality or a cultural identifier as a religion, and so it’s impossible to separate oneself from your Judaism. Once you are a Jew, if you’re born a Jew, that’s who you are. I don’t care what religion you subsequently end up practicing. In my case that’s no religion, but I can’t help but self identify as a Jew. I always will, it’s just who I am so deeply. It’s so ingrained in me.

You reveal intimate details about your married life in the book. Were you concerned about wife’s reaction?

Well of course, because I have to live with her. She was incredibly gracious about it and incredibly willing to allow herself to be put out there. She’s a far more private person than I am, but I think she recognized that it was my story, that I had a right to tell my story, and ultimately that she ends up looking pretty good in the book, so … she likes it when she looks good.

You write about what you thought life would be versus the reality. Do you think the book is about confronting these two notions?

There’s no question. A lot of the book is about expectations I had for myself as a younger person versus the realities of my life, and the mixing and matching of those two ideas. A lot of times in my life I think I fought the reality, not because I didn’t like [it], but because it didn’t match up with this weird notion I had of myself in my head. Once I embraced my present and who I actually am, as opposed to who I thought I’d be, it was like a great burden being lifted and I came to really appreciate what I had, as opposed to pining for what I never was.

You named your book “You’re Not Doing It Right.” Have you ever found a right way to do things?

No, I can’t say I’ve gotten the hang of anything, other than I’ve learned to let go of expectations. I can plan things and do everything to the best of my ability, but inevitably the things that happen are unforeseeable and usually better than my best laid plans.