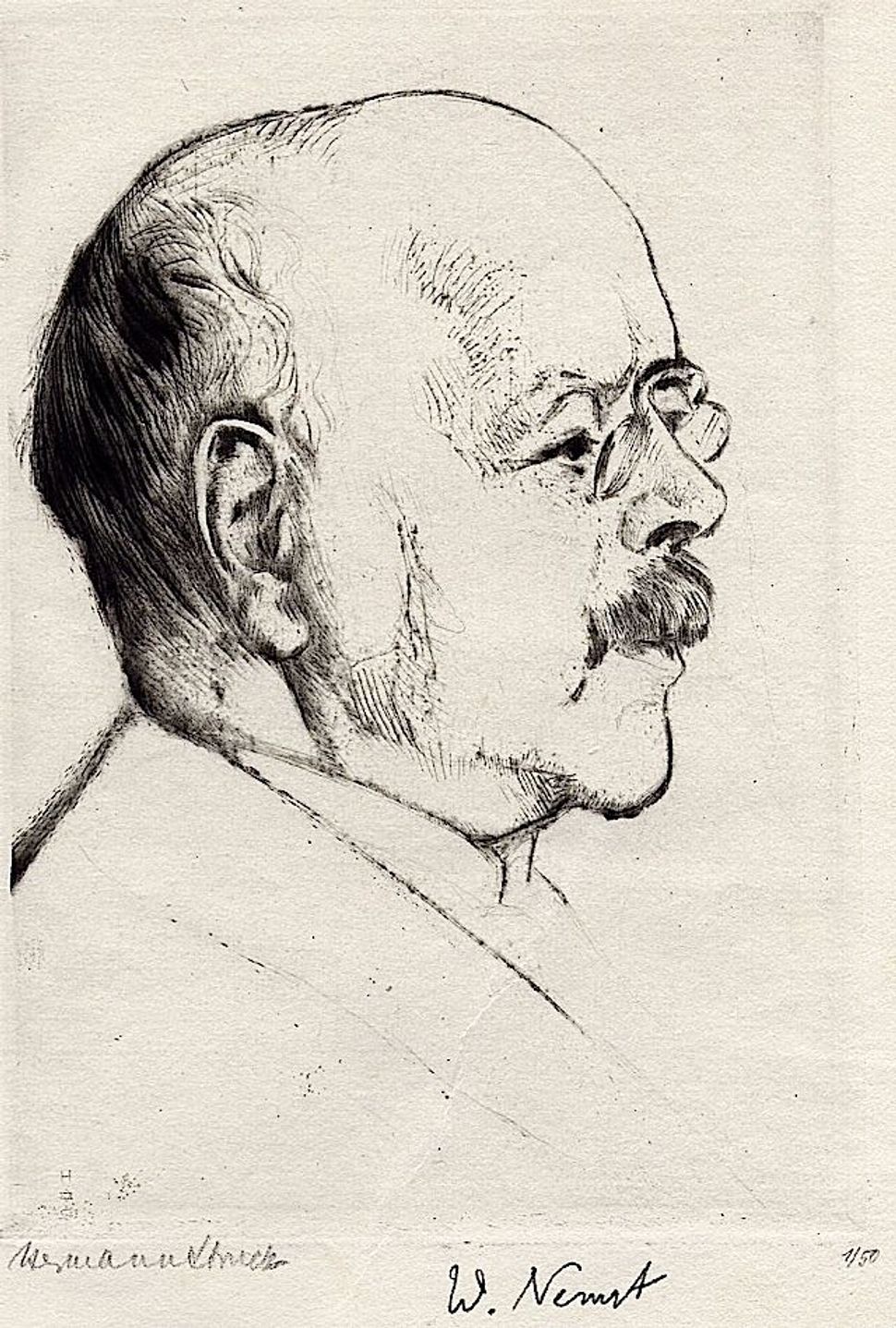 For elucidation of his other talents, art lovers will have to wait until July, when The Hermann Struck Museum opens in the artist’s three-story former residence at 23 Arlosorov Street in the Hadar Hacarmel neighborhood of Haifa.

The building, with views of Haifa Bay and the Zevulun Valley, was designed by Struck’s friend the Berlin-born Jewish architect Alexander Baerwald. Although Struck was an ardent student of the Talmud who signed his paintings with his Hebrew name, Chaim Aron ben David, he was not exclusively an artist of Yiddishkeit. He also created acclaimed portraits of Henrik Ibsen, Friedrich Nietzsche and Oscar Wilde.

Struck’s 1921 portrait etching of the non-Jewish Nobel-Prizewinning German physical chemist and physicist Walther Nernst radiates brain-power and humane warmth. Struck was also a preeminent Berlin teacher of graphic arts, with students including Max Liebermann, Lovis Corinth, Marc Chagall and Lesser Ury. Yet all such accomplishments have faded in the eyes of posterity compared to Struck’s images of Herzl, whom he described in these passionate terms:

[Herzl] was a man of super-human beauty. And I confess freely that it was this divine gift of beauty which left the deepest and most enduring impress on my mind. The towering figure, informed by a marvelous harmoniousness which poured itself into all his movements, represented an ideal type. But I cannot believe that such amazing beauty was purely physical… If there is such a thing a kingliness of mien and bearing, Herzl possessed it — and in a higher degree I think, than Wilhelm II, or Edward VII, or Alphonso of Spain. The indescribable nobility of bearing, which was accompanied by that gentle condescension which is the mark of princes, cast a spell over those who came within range of his voice…. The forces which had made him supremely beautiful had also woven into the texture of his being a conscious regard for all beauty.

Such overtly amorous statements about Zionism’s visionary leader naturally discouraged a broader view of Struck’s wide-ranging achievements. If only Herzl had looked unprepossessing!

Enjoy a panoramic view of Haifa in 2009.