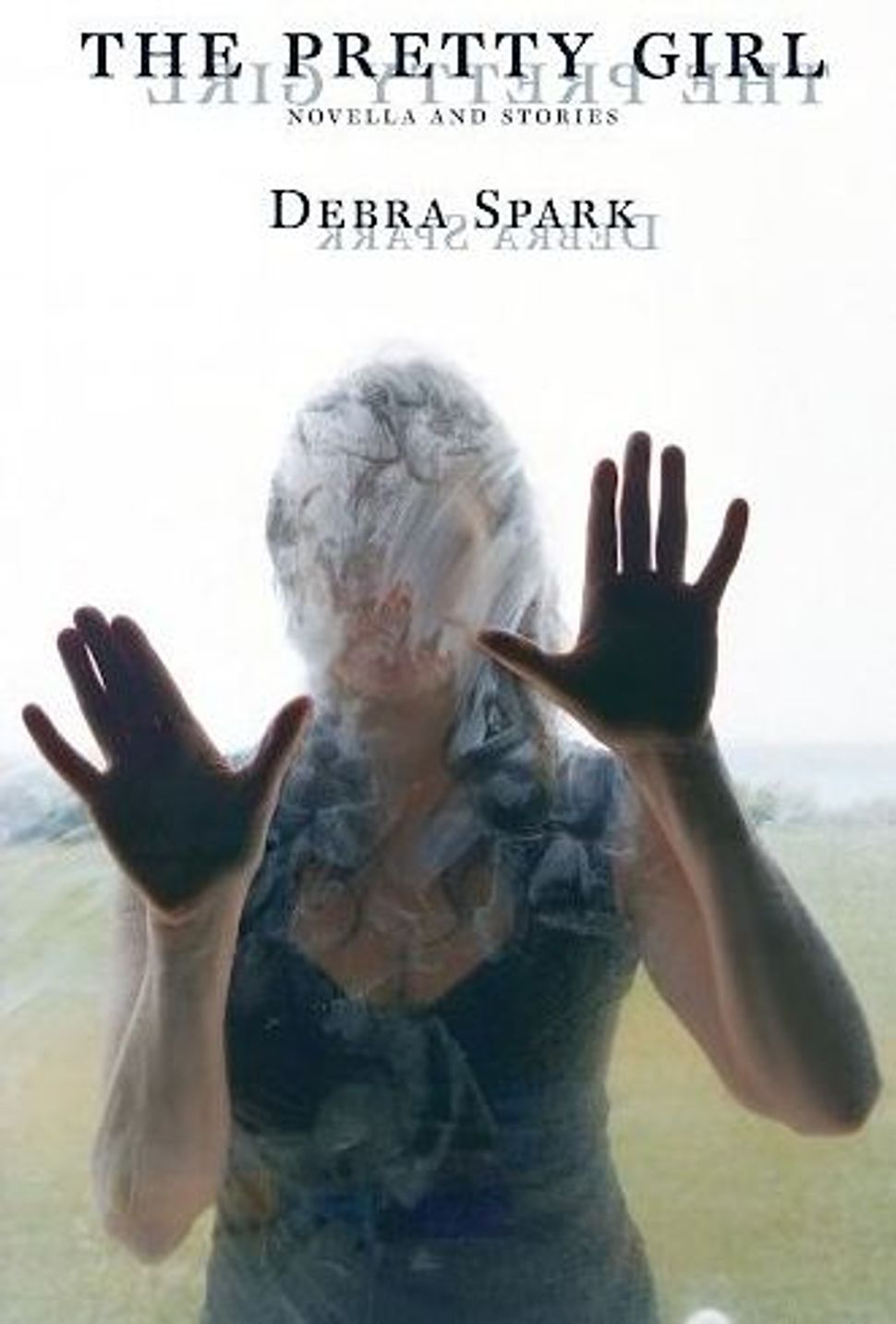 Debra Spark’s newest book, “The Pretty Girl,” is now available. Her blog posts are featured on The Arty Semite courtesy of the Jewish Book Council and My Jewish Learning’s Author Blog Series. For more information on the series, please visit: 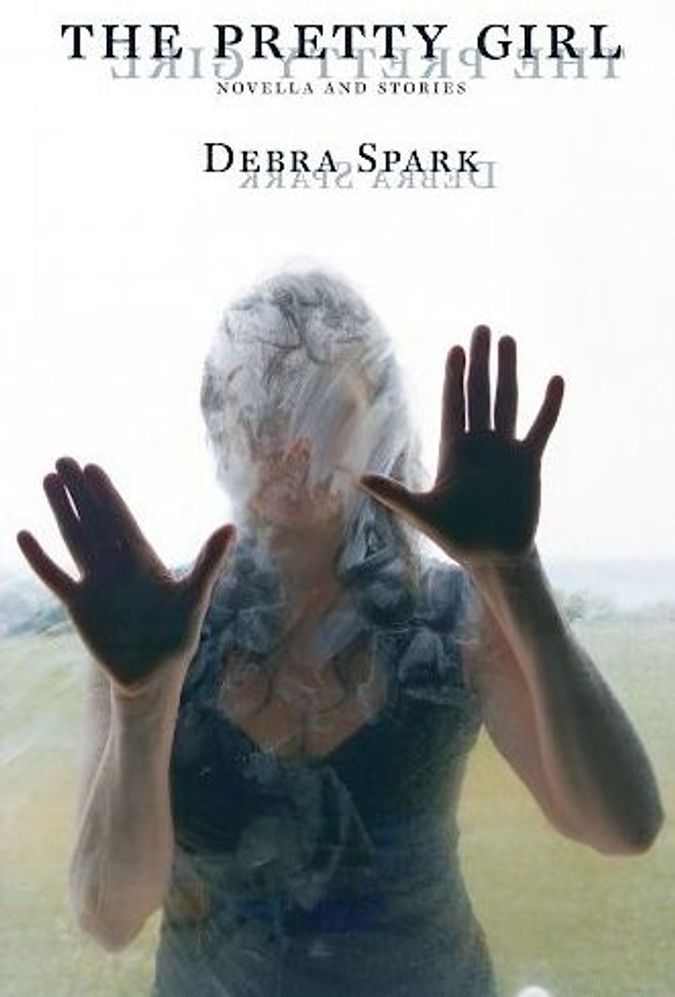 In literature, as in life, you may go looking for one thing, only to find another. Several years ago, I decided to go to London to do research for a novel I was planning to write. I had written a short story about Victorian toy theatres — it’s in my most recent book, “The Pretty Girl” — and I didn’t think I was quite through with the subject. I had an idea of writing a novel that was set, at least partially, in Victorian times and focused on a Jewish engraver of plates for the toy theater. I felt, from the start, that I was in over my head. What did I know about Victorian London? Much less Jews in that time period? As part of my research, I engaged a tour guide who took me on a daylong tour of Jewish London. By the end of the day, I felt unequal to the task of my novel. There was too much I didn’t know. The last stop on the tour was an Orthodox synagogue. My female tour guide and I arrived during services and crept upstairs. We were the only women in the balcony and from the looks of things, there hadn’t been any other women up there in decades. In one back corner of the balcony, there was, of all things, a clothes rack on which hung racy pieces of women’s lingerie. Downstairs, men davened seriously, muttering their Hebrew so quickly that I couldn’t make out a word. At one point, a man whipped out a cell phone, though he continued to pray, and I thought perhaps he was putting in a call to the Big Guy at that very moment.

I loved this strange scene, but didn’t know what I could take from my day beyond my pleasure. I was dispirited. I felt I’d have to do a PhD in history, before I could write the book I intended. I was also anxious to get back to the Marriott in Swiss Cottage where I was staying. My mother and young son were waiting for me, and I knew my son would be impatient for my return. He was not, at that point in his life, good with an extended separation.

It was late in the day when I finally got to the hotel. On the way up to my floor in the elevator, I saw a man in a yarmulke holding a clipboard. I almost had an urge to tell him about my day, as if all Jews were bound to be interested by my dip into history. I saw the words Adin Steinsaltz on the man’s clipboard. Now I had another reason I felt like speaking. “He wrote my favorite book,” I said, pointing.

“Do you understand that book?” the man said abruptly.

I had actually studied the book, which attempts to explain the Jewish mystical system that is Kabbalah, fairly seriously at one point, so I gave him a longer answer than he might have liked. “I feel like if there are 100 levels on which to get that book, after reading it twice, I managed to get to level two.” The book had meant a lot to me, because it opened up a way to think about Judaism that made me feel what I do in the world, my actions, whether kindly or not, influence the structure of the universe. I liked the notion that if you do a good act, you put more good in the universe, and similarly with a bad act. Thus, each day man has the potential to create the world as a better or worse place.

“Well, I tell the Rabbi, I don’t get that book,” the man said, and he introduced himself. He was Steinsaltz’s personal assistant.

I was shocked. The Steinsaltz book — and other books by Steinsaltz — had once been so important to me that I had named my son, Aidan, after Adin. Or that’s not quite right. My husband, who isn’t Jewish, had found the name Aidan in a baby book. He liked it. I did, too, but then thought it was strange to give a boy whom we were going to raise as Jewish such an Irish name. Somehow “Adin,” though I knew it was pronounced differently, made me think it would be ok after all.

It turned out that the Rabbi, who is known perhaps best for his translation of the Talmud, was speaking that night. To a sold out crowd. But the assistant said he could get me in. As exciting as this prospect sounded, I had to say no. I couldn’t leave my son any longer with my mother. So the assistant offered something else. I could come up the next day to the Rabbi’s hotel suite and have coffee with him.

I could barely sleep that night. I was so excited. Later, I told Steve Stern, a Jewish writer friend in New York, about this encounter, and he gasped, “He’s a holy man!”

My meeting was brief. I was embarrassed by my secular self in front of the rabbi. I should have counted on not feeling quite frum enough to be meeting with him. I felt I should have a question for him, but I hadn’t prepared a question. I didn’t know what to say. He was gentle and kind, but I struggled to hear him, as his voice is soft, and my hearing isn’t so great. I ended up deciding to ask him about the end of the Book of Esther. The end of the book had troubled me, since I reread it in preparation for taking my son to his first Purim celebration. Like most Jews, I knew that Haman, the bad guy, gets his just desserts, that he is hung on the gallows that he intended for Mordecai, the hero. But I didn’t know (till I reread the book) that afterward, the Jews go out and kill 75,000 additional men. I asked the rabbi about it. The lack of clarity in the Book of Esther bothered me. Thanks to an edict that the king has signed, the Persians have permission to attack Jews on a certain date, even though Haman is dead. But it is not clear they are taking advantage of that permission, when the day comes.

“If you were beaten, you’d understand.”

It seemed to me that we were talking about contemporary Israel and Palestine and not ancient Jews and Persians. Later I realized we probably were. I discovered that the rabbi’s politics were far to the right of my own. The other thing the rabbi said, though I can’t remember what we were talking about that led him to these words, is that he liked children, because they weren’t ruined yet. It didn’t seem the sort of wisdom that you’d get from a great man. It didn’t even seem true, though I love children myself.

Why am I telling these stories?

Because the meeting with the Rabbi redirected me, though not in the way I thought it would, when I was up all night, anticipating my morning coffee with the rabbi.

When we talk about fact and fiction in novel writing, I think we are frequently talking about direct borrowings from one’s own autobiography. For me, fact works in a more complex way in my fiction.

I never wrote that book about toy theaters, the one I planned to write when I went to London. Instead, I wrote a novel, called “Good for the Jews,” that is a loose retelling of the Book of Esther and makes explicit use of the Rabbi’s words about being beaten. I also wrote a story for my subsequent book, “The Pretty Girl,” called “A Wedding Story.” In it, a rabbi says what Steinsaltz said about children, and the character who hears his words stumbles on them; they are not what she wants out of a sage.

I couldn’t understand enough about the facts of the Victorian world, so I couldn’t write the novel I intended to. I couldn’t understand the Rabbi’s thinking, and so I found a story I did feel I could write. Stupidity, you could say, stopped me, and stupidity led me forward. Different kinds of stupidity. To write about something, you need to know about the things that are knowable. If there are facts to be had, you need to have the facts. But you don’t need to know about what is unknowable. You just need to be present to it.

Debra Spark is the author of “The Pretty Girl,” a collection of stories about art and deception. She has been the recipient of several awards including a National Endowment for the Arts fellowship. She is a professor at Colby College and teaches in the MFA Program for Writers at Warren Wilson College.