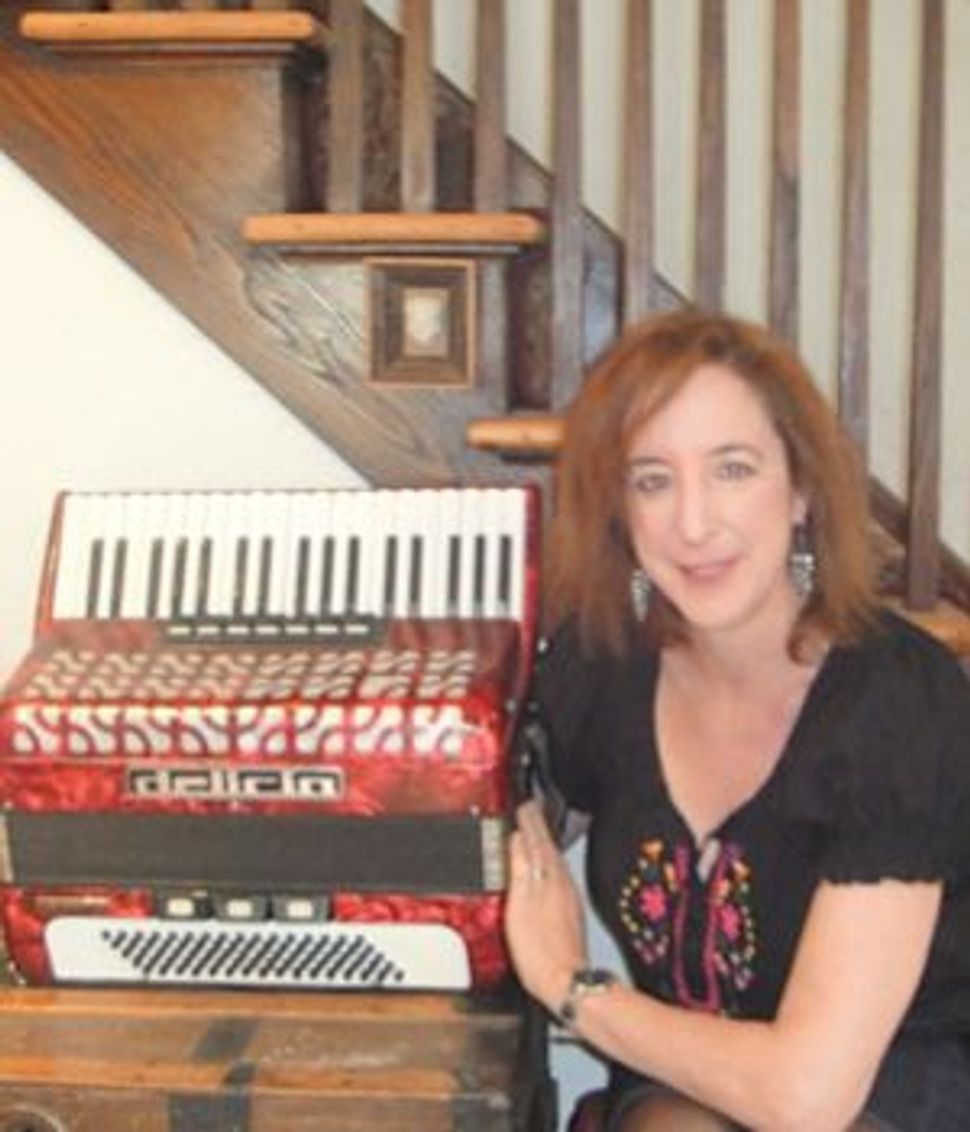 Before Marion Jacobson discovered the accordion, she was a classical music critic for The Washington Post and an academic with a doctorate in ethnomusicology from New York University. But after wandering into Manhattan’s Main Squeeze accordion store in the fall of 2001, she knew she had found a new passion. So, needing to make space in her cramped Brooklyn apartment for her first child, she traded a Baldwin upright piano for a friend’s ruby-red Delicia Carmen accordion. Now Jacobson’s piano is the house instrument at the Brooklyn music venue Barbes, and Jacobson is the author of “Squeeze This!: A Cultural History of the Accordion in America,” out this month from the University of Illinois Press. She spoke to The Arty Semite about her dream instrument, her “desert island” album and the man she considers the “Michael Jackson of the accordion.”

Ezra Glinter: In your book, you use the phrase “accordion industrial complex.” What does that mean?

Marion Jacobson: The Accordion Industrial Complex is the official, self-appointed voice of the accordion world. They’re usually well-spoken accordion players with some kind of business investment in accordions, whether they’re studio operators or have a relationship with factories. These are people — men usually — with the biggest stake in keeping the accordion at the forefront of culture.

Yet the accordion isn’t always taken very seriously. Why is that?

Because it was invented too late to have its own classical repertoire, it always had to be a scrappy fighter in the music world. One popular perception is that Lawrence Welk killed the accordion — it became synonymous with being square. Even ABC couldn’t stand his show anymore, because it was so geeky and was sponsored by Geritol. But there were other people who wanted the accordion gone. Until the world music phenomenon, the accordion was too revealing of one’s ethnic heritage to be something one wanted to play in public.

What drew you to the instrument?

The look of it was what really what drew me in. The thing just goes with my aesthetic, like vintage clothing and art-deco design. Of course, if it looked like a slab of cement and sounds like it does, I still would have played it. How could I not have this thing that makes even the simplest melodies sound so danceable, so rich? I had to have one.

What kind of music do you play?

I played in klezmer bands at KlezKamp and at the Workmen’s Circle. The first music I was able to play convincingly on the accordion was klezmer. I like to play for friends, for kids’ parties, for my synagogue. If I had all the time in the world, I would get really good at French musette, classic French café music. It transports me to that lovely Parisian world.

If you were on a desert island and could have only one accordion album, what would it be?

Since I’m so eclectic in my taste, I’d probably take my “Planet Squeezebox” compilation. I like putting it on and just traveling through the worlds of accordion music, from Zimbabwe to Portugal to the polka fringe music by Guy Klucevsek. I’m not loyal to any one style or group.

Who is your accordion hero?

Guido Deiro, if he were alive today, would be a hero. He was an accordion vaudeville idol who led a very wild and untamed life — like a Michael Jackson of the accordion, with a little bit of Martin Sheen thrown in. He was a hero because he gave the accordion a place as a solo act in vaudeville and really showed the American audience what the piano accordion could do. He took the accordion places it had never been before.

If you could have any accordion in the world, which one would it be?

I would take a trip to Castelfidardo, which is the place they began manufacturing accordions in Italy and where they still make the finest accordions in the world. I would talk to the gentleman in the factory, have a nice lunch over a glass of red wine, describe what I wanted, and he would make it for me. And then I would write him a check.

Why did you want to write this book?

People would freak out when they saw me with the accordion: “Oh, I haven’t seen one of those in years! My grandfather played. Oh, it’s so beautiful!” Every time I showed up with it, people would want to tell their accordion stories of humiliation, loss and triumph. Those stories needed to be told and given some kind of context and coherence. Because of my background as an ethnomusicologist and a journalist, I felt that it was my calling. I had to do it.