Day Schools and the End of the Melting Pot 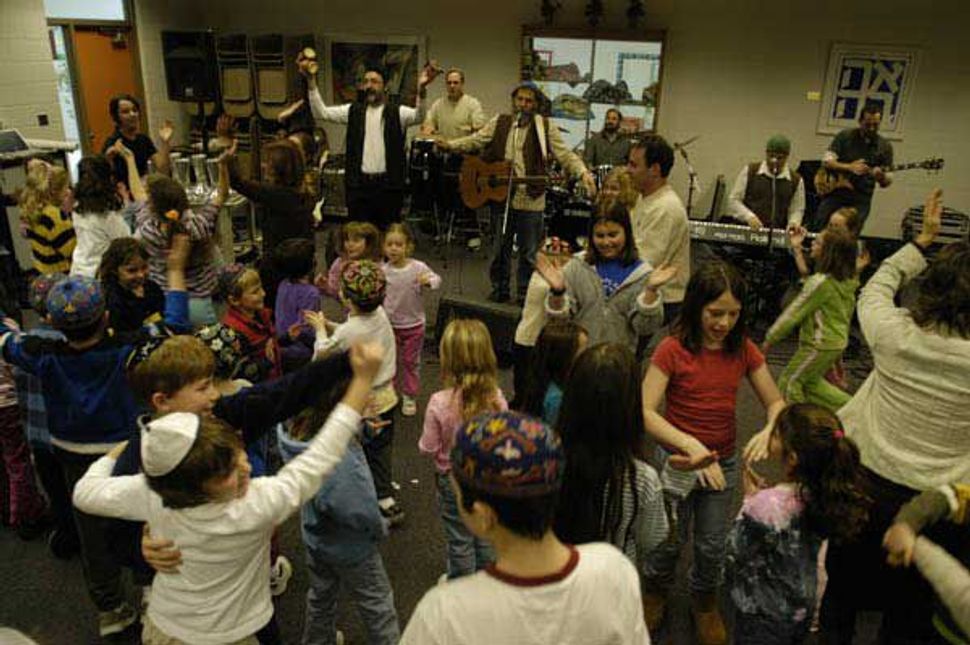 Earlier this week, Jonathan Krasner discussed his use of the word “boys” and the magic of summer camp. His blog posts are featured on The Arty Semite courtesy of the Jewish Book Council and My Jewish Learning’s Author Blog Series. For more information on the series, please visit: 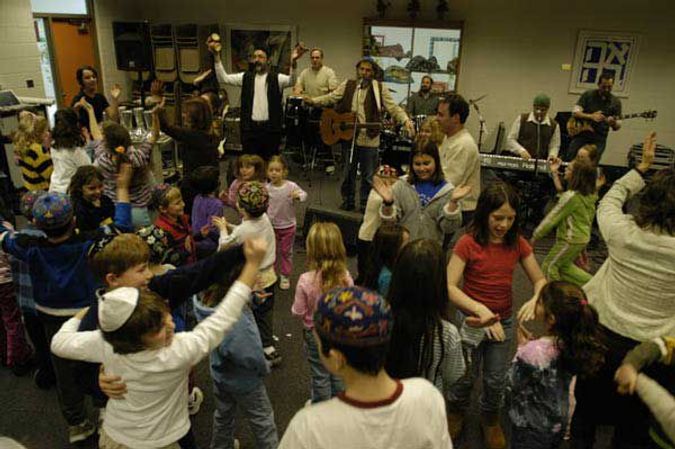 I met Peter Beinart in 1999 when he was writing an article for The Atlantic on Jewish community day schools. This was long before he became the bête noire of an anxious American Jewish establishment. He was sitting in the front office of The New Jewish High School (now Gann Academy) waiting to speak with the school’s headmaster, Rabbi Daniel Lehmann, and we struck up a brief conversation.

I was familiar with his byline from The New Republic where he wrote mostly about American politics and foreign policy. Jewish education was well outside his bailiwick, and I was interested in what his angle would be. When the article was published a few weeks later it was clear that he was conflicted. He described the school’s environment as vibrant, intellectually exciting and mildly subversive (which was meant as a compliment).

His diagnosis of the reasons behind the rising support for day school education among the non-Orthodox (a trend that has since leveled off) reflected the conventional wisdom in a community that had long ago ended its unconditional love affair with the public schools and was struggling to respond to assimilation, a byproduct of the exceptionally hospitable American environment, where Jewishness was increasingly a non-issue.

Towards the end of his article, however, Beinart raised a question about the long term implications of the day school phenomenon that probably made many day school advocates squirm. Jewish schools like the New Jewish High School seemed to be promising it all to their students. But wasn’t it naive to believe that “being a fuller Jew need never mean being a less complete American”? The growth of day schools was another nail in the coffin of the American melting pot.

Beinart’s argument rings true. When modern day schools were on the rise in the 1940s, Jewish critics warned that segregation would hinder Americanization and constrain socio-economic advancement. Some went so far as to question the patriotism of those who abandoned the public schools. Among the more vociferous opponents of day schools were some members of the Benderly group. Samson Benderly, who served as the first director of the New York Bureau of Jewish Education, from 1910 to 1941, was a steadfast opponent of day schools. The weekday afternoon Jewish school model that he and his disciples helped to modernize was designed as a third way between the minimalistic Sunday schools and the separationist yeshivas. Jewish educators must not interfere with the Jewish child’s enthusiastic integration “into the all pervading and compelling life of the American democratic community,” one of Benderly’s disciples, Albert Schoolman, warned in 1945.

Few people would make this argument today. American Jews are thoroughly integrated into the mainstream of American life. Moreover, according to a recent study conducted by the Pew Forum on Religious and Public Life, their earning power exceeds that of any other religious group, with 46% of Jewish wage earners bringing in over $100,000 per year. Yet day school attendance continues to come at a social price, even if the impact is subtle.

My anecdotal experience both attending and teaching at modern Orthodox and community Jewish day schools suggests that many day school graduates adopt a parochial, ethnocentric view of the world. Completely at home in American popular culture and probably as conversant in American politics and history as their peers who graduate from the best public and private schools, they nevertheless often seem ambivalent about their place in American society. In candid conversation many will admit to feeling more Jewish than American and to privileging perceived Jewish interests over American interests. This is particularly true when it comes to matters affecting the welfare of the State of Israel. Ironically, it is the flip side of the distancing hypothesis that Beinart writes about in his controversial book, “The Crisis of Zionism.” These attitudes are particularly prevalent among the modern Orthodox, but were also in evidence at the two community day schools in which I worked.

I will be the first to admit that this ambivalence cannot entirely be laid at the doorstep of day schools. Factors such as socio-economic class and geography play an important role in fostering the sense of disconnection. If Jews as a group feel more immune than most to the economic and social consequences of state and federal governmental policy, day school attendance is almost entirely beside the point. One must also acknowledge that many of the non-Orthodox students enrolled in day schools today would otherwise be attending private schools rather than their local public schools. Still, day school students’ lack of exposure to people who differ from them — whether racially, religiously or economically — makes it difficult for them to establish emotional bonds with other Americans and to feel a sense of civitas and shared destiny.

Some schools have responded with community service programs, and mitzvah projects have become a component of bar and bat mitzvah preparation in many synagogues. These are positive signs. But unless they bring kids into regular contact with people who are unlike themselves in ways that humanize the Other and inculcate a sense of responsibility for the betterment of society, they will be of limited value. Cutting one’s hair for Locks of Love, to cite one popular mitzvah project, is a laudable and praiseworthy gesture. But it does not substitute for actually volunteering with financially disadvantaged children. There has been a lot of criticism in some quarters of universalistic tikkun olam programs for inadequately fostering a sense of Klal Yisrael. But in the case of day school students, the value of peoplehood is continually reinforced in both the formal and hidden curricula. What is needed are opportunities for students to enlarge the boundaries of their moral communities.

I should emphasize that I make this criticism as a supporter of day school education. To acknowledge that day schools often fall short when it comes to fostering civic virtue is not to deny their salutary role in promoting Jewish identity. Denying one’s children deep and meaningful exposure to the richness of their religious and ethnic heritage comes with its own cost. Even as Samson Benderly and Albert Schoolman extolled the virtues of public school, other members of the Benderly coterie viewed the advent of the modern day school as a net positive, an instrument for Jewish leadership training. Mastery of Judaism’s literary-centered culture demanded a more immersive educational environment than most supplementary schools were capable of providing, they acknowledged. Modern day schools promoted Jewish literacy without sacrificing students’ secular education. Moreover, their schedules allowed for the utilization of constructivist pedagogies and Hebrew language emersion. Benderly and his disciples learned the hard way that deploying such educational methods in a supplementary school was at best an uphill battle.

Seventy-five years later these rationales for day schools resonate with me as they apparently do with Beinart. Both of us have kids in day schools. Beinart put the matter forthrightly in a recent Wall Street Journal op-ed: “American Jews know very little about Judaism. And it’s hard to feel connected to something you don’t understand. The evidence is clear that Jewish commitment stems from Jewish education, and by far the most effective purveyors of Jewish education are full-time Jewish schools.”

Still, it is a cop out, in my view, to shrug off ethnocentrism as an inevitable consequence of day schools. If we are serious about addressing the downside to day school education we will need to couple our commitment to day schools with a serious effort to find opportunities for our day school children to have meaningful social interactions with a more diverse population and to cultivate within them greater feelings of connection to the American body politic. This can take the form of community service projects, neighborhood sports teams and theatre troupes, scouting, or other non-school based recreational activities. Given our children’s extended school days and our own hectic schedules, this is a tall order. But if we don’t act we are witting accomplices in what Arthur M. Schlesinger called “The Disuniting of America.”

Jonathan B. Krasner is the author of the National Jewish Book Award winning title “The Benderly Boys and American Jewish Education.” Krasner was also a finalist for the 2012 Sami Rohr Prize for Jewish Literature.

Day Schools and the End of the Melting Pot