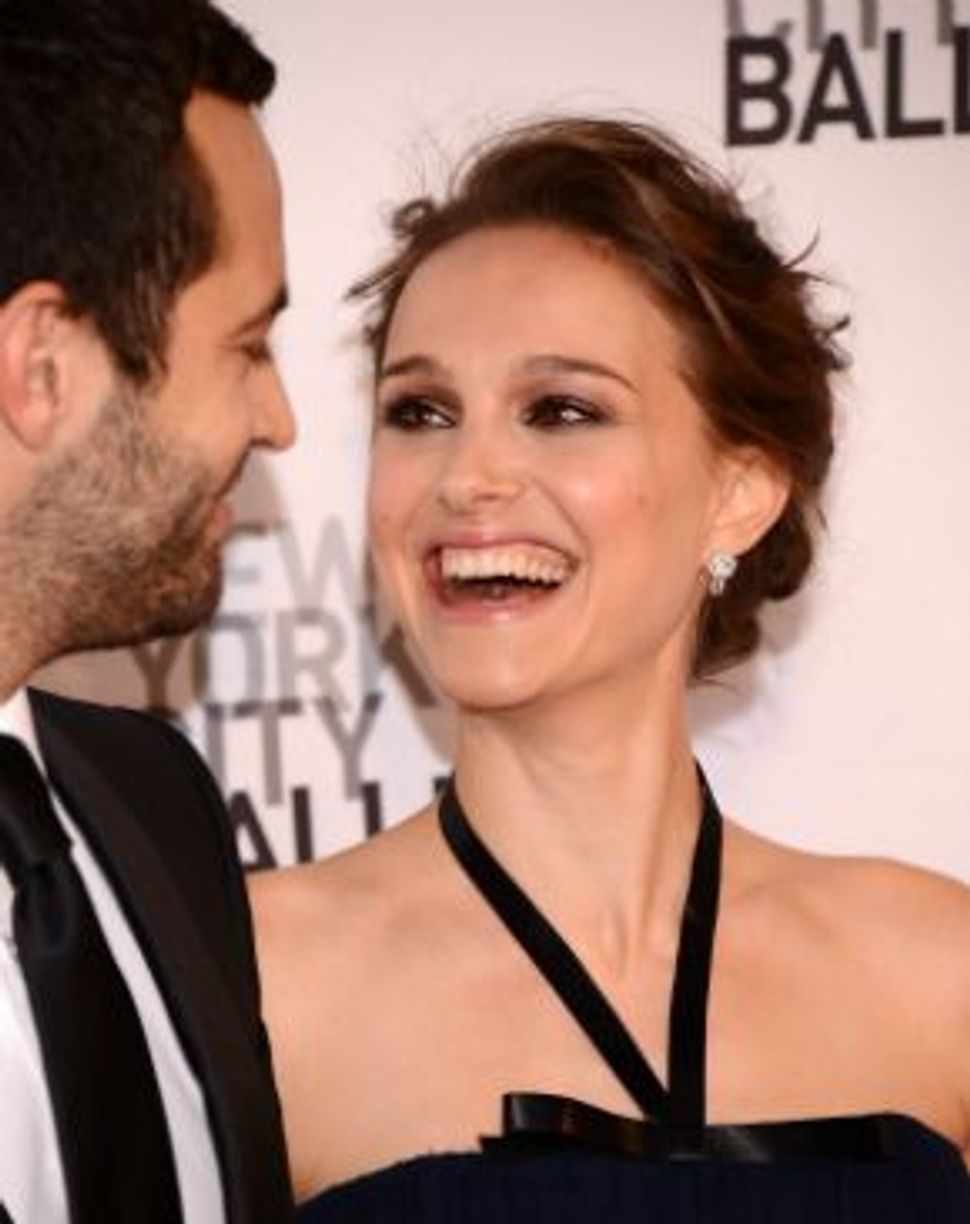 If you go by paparazzi photos and gossip reports, then it appears that Natalie Portman dined in at least a couple of restaurants in Los Angeles last week.

First, the Enquirer let everyone know that the actress stopped in for lunch at Flore Vegan, an organic vegan restaurant on W. Sunset Blvd in Silverlake, with her almost one-year-old son Aleph. With little Aleph crying up a storm, the midday meal didn’t go very smoothly.

Many other moms might do what the very embarrassed Portman did — she got her baby ready to leave and asked the waiter to pack her lunch to go. Few, however, would do the next thing the Oscar winner did. The menschy Portman insisted on paying for the lunches of the parties sitting at three of the tables surrounding hers. “Her fellow diners were grateful, but protested — saying kids cry sometimes and Aleph wasn’t that bothersome. But Natalie, apologizing profusely, insisted on paying their tab of nearly $150, then left them to veg in peace,” a source said.

However, the incident didn’t seem to deter Portman, who on Saturday headed out to Axe, a restaurant (also organic) in Venice Beach, with Aleph, husband Benjamin Millepied and parents Shelley and Avner Hershlag. The occasion was a low-key family celebration of Portman’s 31st birthday. The special day also included a walk and a visit to an unnamed Jewish center, according to a report in the Algemeiner.

West Coast News photographers caught the extended family strolling, clicking shots of Portman dressed in a purple dress and black flats, with her hair in a braid. Celebrity Baby Scoop suggests the outfit may be part of the actress’s efforts to look more mature and put together. “I’ve been trying to look more like a lady recently. I used to be happy in a T-shirt and sweatpants, and now I feel like I want to make myself a little more grown-up — now that I’m a mom, she told Women’s Wear Daily.

No word yet on whether the family will venture out to a restaurant or stay at home to celebrate little Aleph’s upcoming first birthday on June 14.