Q&A: Michael Feinstein on the Gershwins and ‘Porgy’ 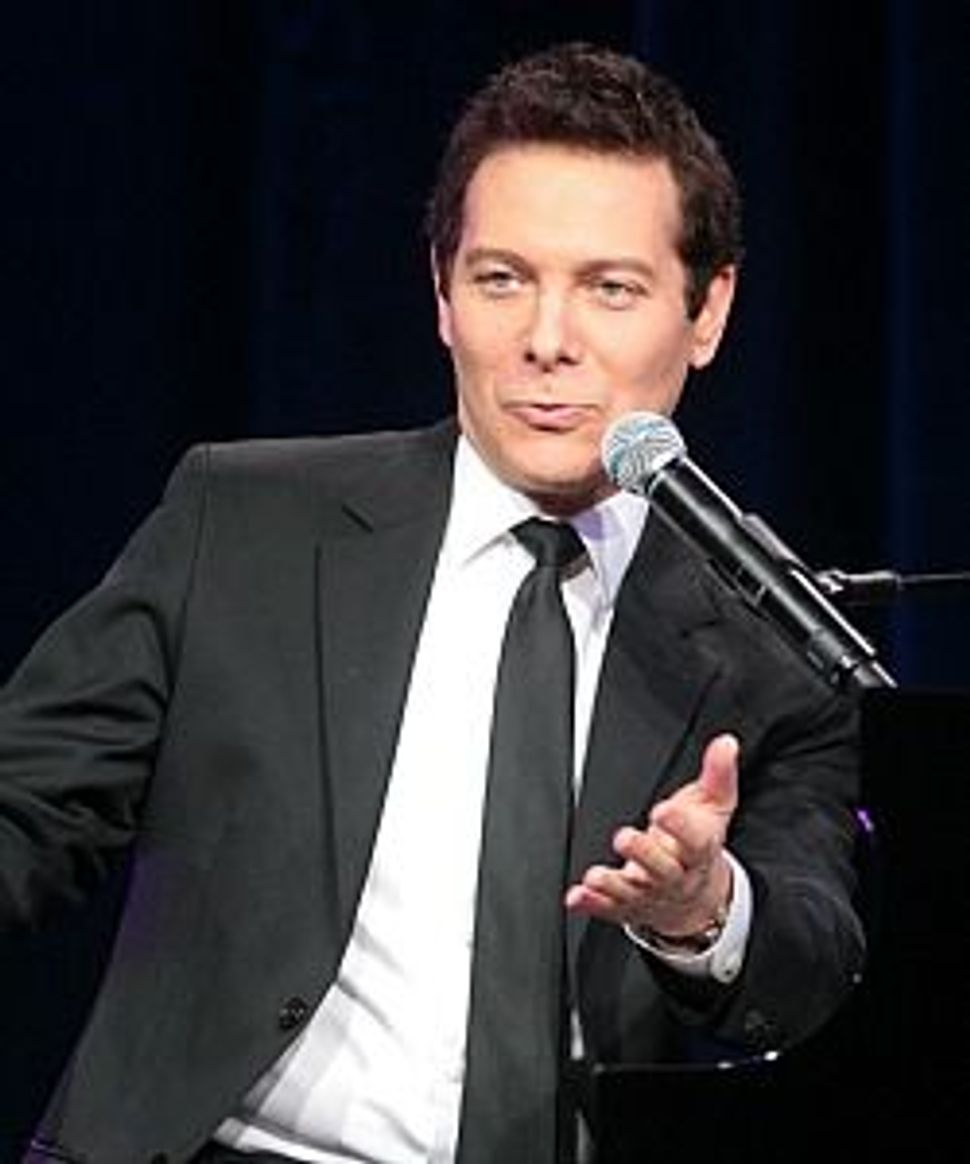 When Michael Feinstein was in his 20s, he had the good fortune to work as an assistant and archivist for the great Ira Gershwin, who, with his brother George, wrote some of the greatest and most beloved songs in American history. Now a beloved singer in his own right, Feinstein spoke with the Forward about his passion for the Gershwins during a break from his gig performing at Feinstein’s at the Loews Regency in New York.

Sheerly Avni: How much of an impact did Jewish culture have on the Gershwins’ art?

Michael Feinstein: George was more influenced by it than Ira, who told me that he had really very little or no influence of Yiddish theatrical tradition although one of Ira’s favorite jokes is one he included in the score of the Pulitzer Prize-winning musical, “Of Thee I Sing.” When the French ambassador makes an entrance at this moment of the show, [Ira] had the chorus singing these lyrics that are supposed to sound like pidgin French. But instead, they are actually speaking a line of Yiddish: “A vu tik er vay a vou” [Tell me, where does it hurt?], which, for people who speak Yiddish, is just hysterical.

Did they listen to Yiddish music?

Musically, George recognized that ethnic music is mainly all minor key; it all sounds alike. Take “Dark Eyes” [hums]…. That could be Jewish, Yiddish, German, Italian, French…. It’s all that minor key modality. But he did spend a lot of time going to see Yiddish theater and Yiddish musicals. And he also knew the Tomashevskys, and he knew Sholom Secunda, who wrote “Bay mir bistu sheyn.” But I think that because of George’s desire to write a really American music, he included influences from every aspect of what we now call the melting pot.

You write in great detail about “Porgy and Bess” and George’s insistence that the cast be African-American. In a sense, they were pioneers of desegregating the stage. Were they conscious of making a political statement with that play?

I can only tell you that Ira was, as far as I could see, in no way prejudiced, and also the theater and the theatrical tradition was such that there were always people who were outcasts in one way or another being actors or performers or musicians and, therefore, considered second class; or being homosexual or black or any other difference that you could think of. As for George, he frequently went to Harlem to hear musicians play and was friends with these guys and women. He also recognized how blacks had been mistreated in the music world, the same prejudices that existed everywhere else. So, without being on a soapbox about it, I do think exerting his influence with “Porgy and Bess” was a way to help advance a cause. But George was a person who just loved talent.

You quote George as writing that “jazz is the voice of the American soul” and “my people are American, my times are today.” One contemporary interpreter of the Gershwins’ music who surprised you was Lady Gaga, when you heard her sing “Someone To Watch Over Me.”

I had thought that mainly what she did was a stunt, and I didn’t think much of her musically but, obviously, it takes some life experience and insights to be able to interpret “Someone To Watch Over Me.” I still think she understood exactly what the song was about, and she sang it and played it very well. I found it impressive that she was playing the piano, singing and connecting to the lyric in a way that I didn’t know was in her.

Who are some other contemporary singers whose interpretations you appreciate?

I’m not up on that. I guess I’m too focused on trying to sing him well myself!

Q&A: Michael Feinstein on the Gershwins and ‘Porgy’