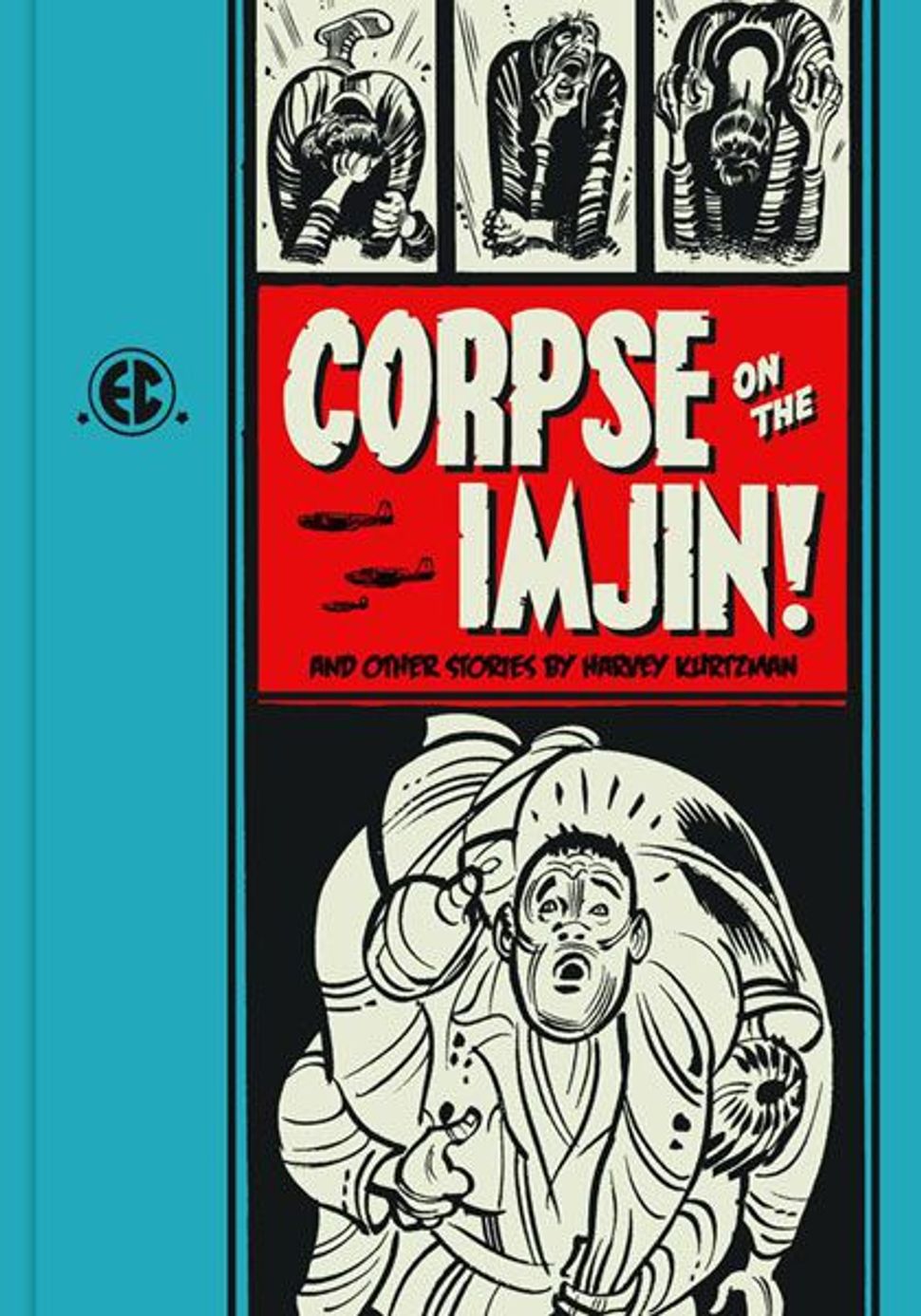 Corpse on the Imjin! And Other Stories
By Harvey Kurtzman, Edited by Gary Groth
Fantagraphics, 227 pages, $28.99 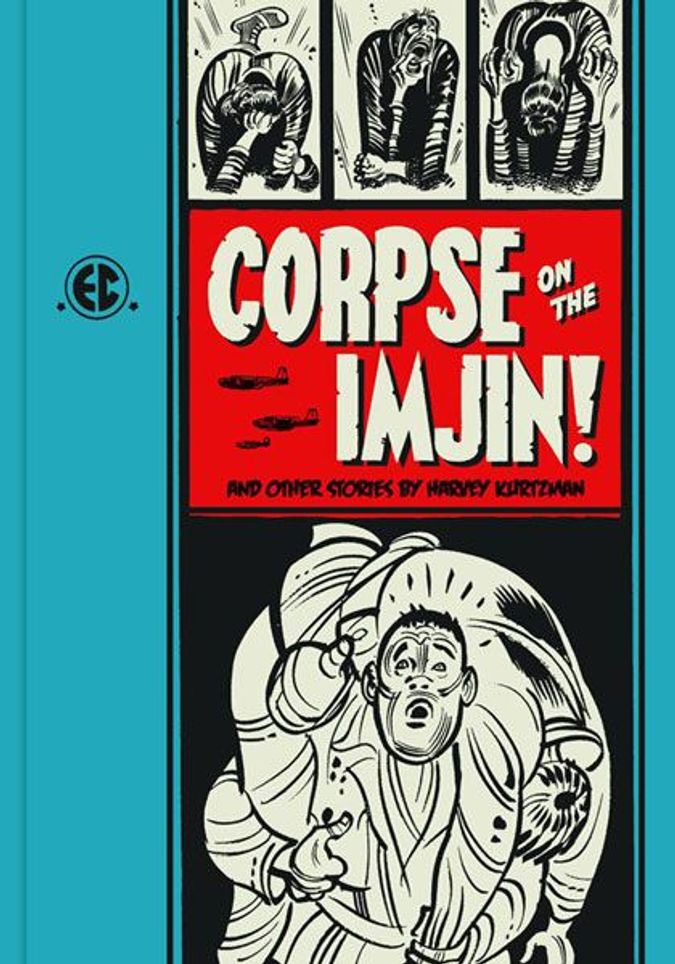 Harvey Kurtzman (1924-1993) is today remembered as the Bronx-born genius editor who invented Mad Magazine, the most pervasive satirical influence of the 20th century.

That single claim-to-fame is hard to avoid, but Kurtzman’s larger role in the history of comics, mainly but not solely as an editor, has long been a favorite subject of aficionados. Kurtzman, a worker in the vineyards (that is to say, cramped Manhattan studios) of comics production in the late 1940s, took charge of several comic lines at EC, a small company on the verge of bankruptcy. He shunned the cash-cow horror comics that made the other work of EC possible, and the Science Fiction comics that still give goose bumps to nostalgiacs. Mad Comics essentially created a genre by brilliantly ridiculing rampant consumerism. But Kurtzman’s military and war comics were every bit as provocative — and more shocking by far.

The “Two Fisted Tales” (1950-1955) and “Frontline Combat” series (1951-1954) remain the most realistic war comics ever conceived, non-ideological but essentially antiwar by virtue of their realism. They contrasted with the chest-thumping patriotic comics of the Second World War period, and they contrasted likewise with the war comics that remained a steady feature of the genre for several generations. Kurtzman’s editorial products, which he often wrote for other artists, are best remembered for their accuracy of detail, right down to military buttons. The comics actually drawn by Kurtzman may be best remembered for their heart-breaking character.

“Corpse on the Imjin!” came, as many of his other tales, out of soldiers’ reports from the Korean War, sometimes in letters to Kurtzman. Like most of a dozen other stories here, ranging from the First World War to Korea (with sidelights going back to the 16th-century conquest of Mexico), “Corpse on the Imjin!” is narrated by a single dogface soldier whose main hope is to get out alive, and whose officers, generally speaking, are not much help. The emphasis is less on the blood and guts of battle (although we see some of this) than it is on the psychological state of soldiers, the terrors they experience and their deep sense of futility.

Kurtzman, one more draftee in the Big War who remained stateside, drawing for military publications, absorbed through others the immediate sense of endless horror. As seen here, Kurtzman was a brilliant craftsman who, hard-pressed to make a living and excited by the editorial process, never gave enough time to his own art. These strips reappear in black and white, thanks to the survival of the pre-colored originals. An introduction by comics scholar Robert C. Harvey, a 1979 interview, and a commentary on Kurtzman’s war comic covers by artist-scholar Frank Stack round out this remarkable collection.