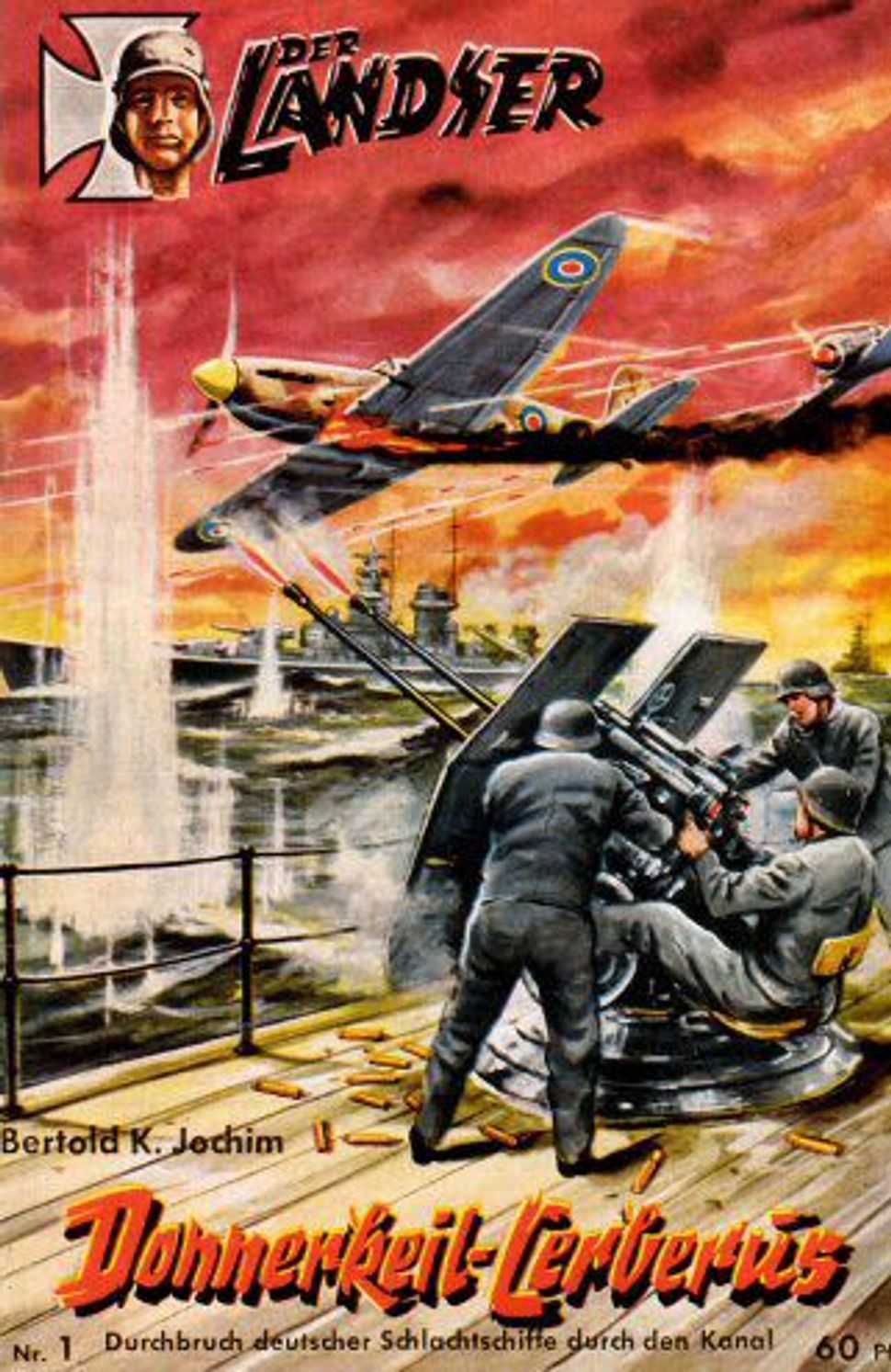 Next time you reach for those Life & Style and In Touch magazines while in the supermarket checkout line, you might want to keep in mind the dark side to those gossip rags — and it goes beyond Tom Cruise’s defamation suit against them for claims that he abandoned his daughter Suri.

An investigation by entertainment and media news website The Wrap reveals that the publisher of these magazines, Bauer Media Group, deals in Nazi-themed material and pornography (sometimes combining the two). Among Bauer’s publications is Der Landser, a German military adventure magazine with World War II stories told through the eyes of Hitler’s armies. Not surprisingly, it is popular with skinheads and neo-Nazis. German magazine Der Spiegel has called Der Landser “a specialist journal for whitewashing the Wehrmacht.”

Bauer is a huge privately held international media empire with 600 print publications, 300 websites, 50 TV and radio stations, and billions of dollars in annual revenue. It claims to have the highest retail sales of magazines in the United States.

Other Bauer publications, such as Geschichte und Wissen (History and Knowledge) and Militar und Geschichte (The Military and History) have run cover stories on Nazi figures like “Triumph of the Will” filmmaker Leni Riefenstahl, Hermann Goering and the Fuhrer himself. The Wrap notes that such a Nazi-era focus is uncommon for popular publications in Germany, as the country has consciously tried to distance itself from its darkest period.

The family-owned concern, founded 137 years ago in Hamburg, took off as the publisher of weekly radio guides during the Third Reich. During that period, Bauer “wholeheartedly embraced Hitler’s regime,” according to the report.

In 1985, the Bauer-owned (now-defunct) Quick magazine accused the Jewish lobby of controlling America. It asked, “How can 6 million American Jews control 209 million non-Jewish Americans?” when Jews and others decried President Ronald Reagan’s decision that year to visit the Kolmeshöhe cemetery near Bitburg, Germany, where 49 Waffen-SS members were buried.