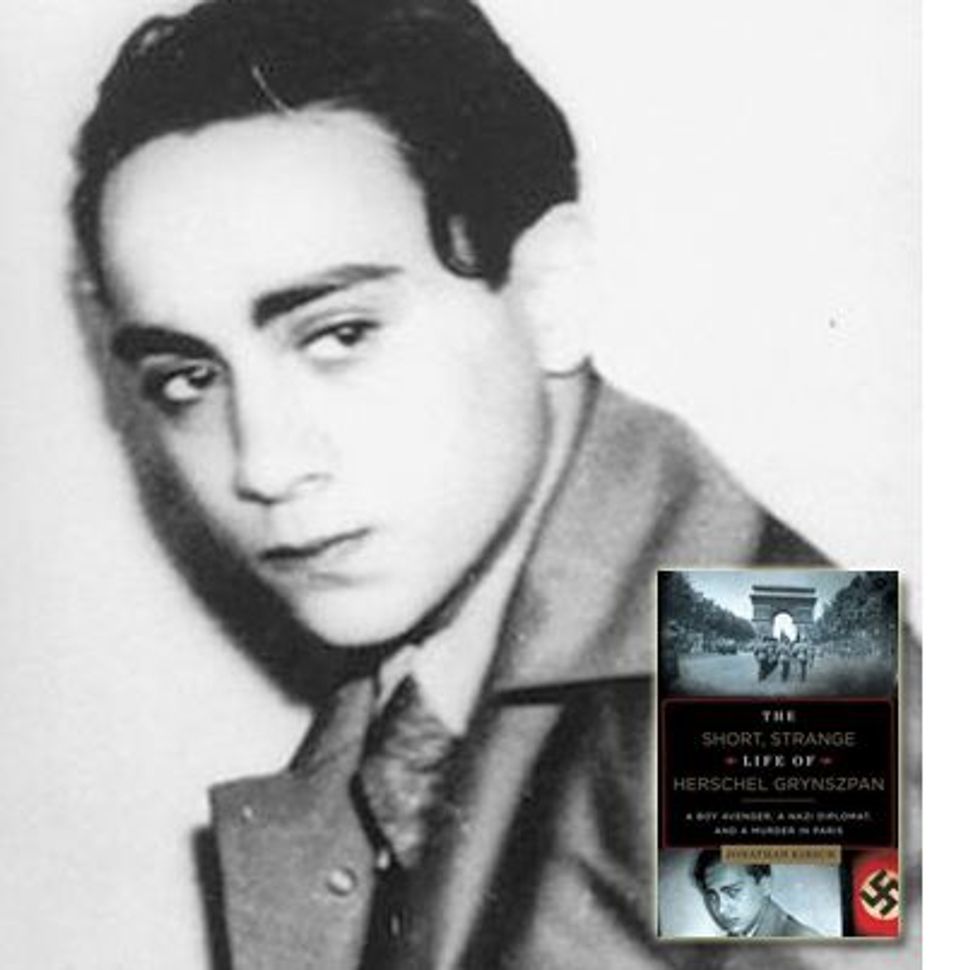 Jonathan Kirsch is book editor of The Jewish Journal. Earlier this week, he wrote about Jewish resistance and Herschel Grynszpan. His blog posts are featured on The Arty Semite courtesy of the Jewish Book Council and My Jewish Learning’s Author Blog Series. For more information on the series, please visit: 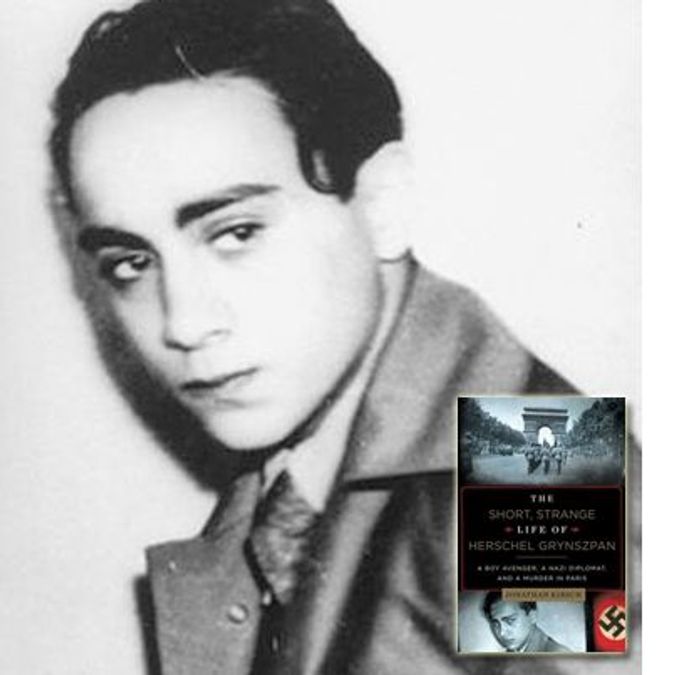 My new book, “The Short, Strange Life of Herschel Grynszpan: A Boy Avenger, a Nazi Diplomat and a Murder in Paris” (Liveright), is the biography of a 17-year-old boy who sought to write himself into history but, ironically, has been almost wholly ignored in the scholarship of World War II and the Holocaust.

Herschel achieved a brief moment of fame in 1938, when he entered the German embassy in Paris and shot a Nazi diplomat. Indeed, his deed was the focus of a media frenzy, and one famous American journalist, columnist and broadcast Dorothy Thompson organized a defense committee that hired a famous French attorney to represent him in the courts. No less a world-historical figure than Leon Trotsky wrote about the case for the newspapers, and English composer Michael Tippett was inspired to write an oratorio about Herschel Grynszpan, “A Child of Our Time.”

At the outbreak of World War II in 1939, however, the world press moved on from coverage of the Grynszpan case, and he disappeared into a Gestapo prison cell after the German invasion of France. Significantly, “the Jew Grynszpan,” as the Nazis invariably called him, was well known to Adolf Hitler and Joseph Goebbels, and Hitler was eager to mount a show trial that would justify the mass murder of the Jews by focusing on the armed resistance of one Jew. For Hitler and other high-ranking Nazis, the Grynszpan case was not less than an obsession.

But Herschel himself, no longer represented by famous lawyers or championed by celebrated columnists, was forced to find his own to foil Hitler and his henchmen. As I explore in my book, and will revisit in my next blog, the scandalous sexual secret that he revealed to his German interrogators — Adolf Eichmann among them — succeeded in convincing Hitler to postpone the show trial, but it also explains why Herschel Grynszpan is not embraced as the Jewish hero he sought to be.

Today, the world is divided into a large number of people who have never heard of Herschel Grynszpan, and a much smaller number who recall his name and deed, although even these people rarely know the whole story or the real story. My mission in writing The Short, Strange Life of Herschel Grynszpan has been to restore the 17-year-old boy to the pages of history. Ironically, that’s exactly where he aspired to put himself when he took up arms against Nazi Germany in a symbolic act of violence in Paris in 1938.

Hitler knew Grynszpan by name. So did Goebbels and Eichmann. And so should we.