Scandal and Self-Correction in Kosher Food 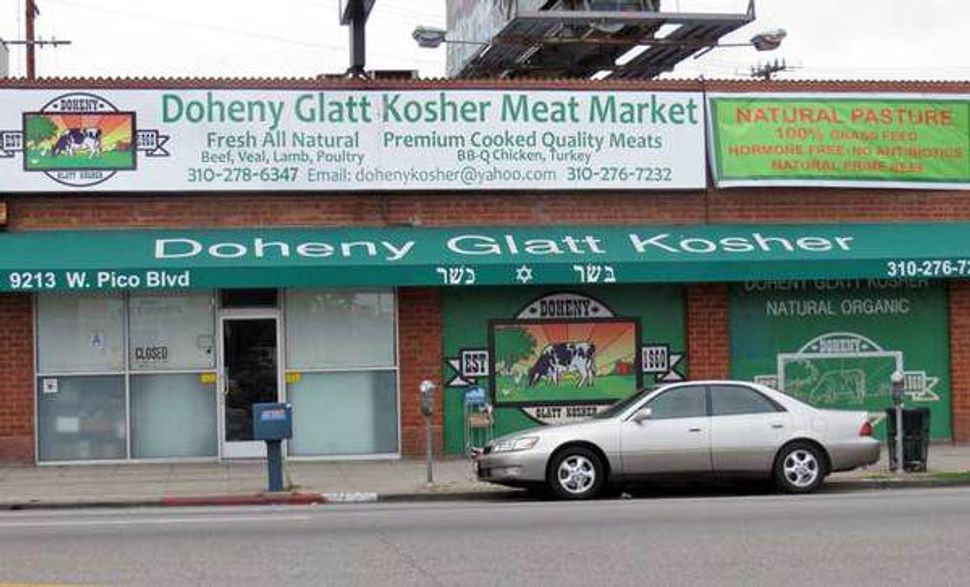 Earlier this week Timothy D. Lytton wrote about organized crime and kosher food certification. His blog posts are featured on The Arty Semite courtesy of the Jewish Book Council and My Jewish Learning’s Author Blog Series. For more information on the series, please visit: 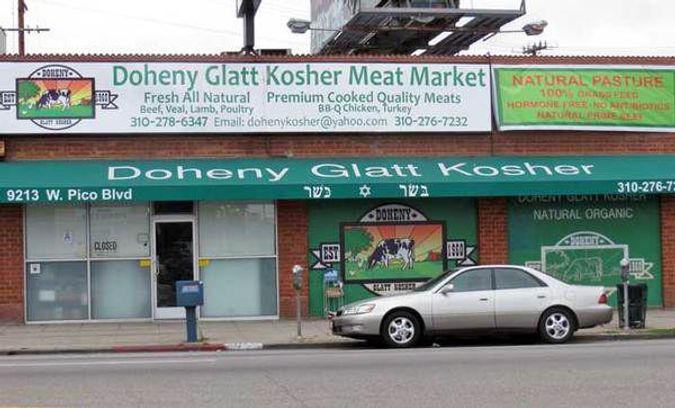 This past March, the owner of Doheny Glatt Kosher Meat Market, Los Angeles’s largest purveyor of kosher meat, was discovered smuggling repackaged meat of unknown provenance through the back door of his butcher shop. The mashgiach (kosher supervisor), had unlocked the door for deliveries and then, against kosher protocol, left the premises to attend to personal business, leaving the market unsupervised. Erupting the day before the start of the Passover holiday, the scandal cast doubt on the status of thousands of briskets roasting in ovens throughout the city. An emergency council of rabbinic authorities held just in time for Passover seder that consumers could presume that meat previously purchased from Doheny was kosher.

The Rabbinical Council of California (RCC), which provided supervision to Doheny’s came under fire for the misfeasance of its mashgiach.

As a result of the scandal, the RCC’s reputation suffered. Several restaurants under RCC supervision switched to a rival certification agency, Kehilla Kosher. To stem the damage, the RCC called in the nation’s largest kosher certifier, the Orthodox Union (OU), to audit its supervision at three L.A. restaurants and reassure the public of its reliability. According to coverage by L.A.’s Jewish Journal:

Rabbi Moshe Elefant, OU chief operating officer for kashrut, said that since his New York-based agency got involved in April, he has visited Los Angeles once and [OU executive rabbinic coordinator Rabbi Yaakov] Luban has visited twice. The OU is the largest kosher certifying agency in the country, but its policy is to leave supervision of local kosher businesses in the hands of local boards of rabbis. In this case, Elefant said, the OU’s intent is to support the RCC, not to supplant it. “To a degree, we’re competitors,” he said. “But as much as we’re competitors, we all understand that we have a higher mission here, and we’re happy to learn from each other.”

It now appears that Doheny may reopen under new ownership with RCC supervision.

Although there are occasional scandals today, kosher meat certification has come a long way since the early 1900s when it was estimated that somewhere between 40% and 65% of the meat sold as kosher in New York City was nonkosher. The Doheny scandal illustrates several features of kosher certification that help to account for its improved reliability.

First, kosher agencies are highly brand sensitive, and fierce competition between competing agencies for accounts is the norm. One sees this in the alacrity with which the RCC’s main L.A. rival, Kehillah Kosher, acquired RCC accounts and in the RCC’s readiness to call in external auditors from the OU to shore up its reputation. Brand competition makes certifiers progressively more vigilant over time to avoid mistakes in their own operations and leads them to scrutinize the operations of their competitors.

Second, kosher agencies are interdependent in the sense that a public scandal caused by one agency tends to undermine public confidence in kosher certification generally, which gives agencies incentive to monitor each other and promote uniformly high industry standards. The OU’s willingness to provide an independent audit of RCC operations—free of charge, according to the Jewish Journal—reflects a common interest among rival agencies in reassuring the public that, collectively, kosher certification is reliable.

Third, kosher agencies have developed a shared sense of mission that counteracts incentives to cut corners and promotes cooperation between competing certifiers. Each agency seeks to cultivate among its personnel and in the industry as a whole a religious commitment to what Rabbi Elefant called “a higher mission” of providing reliable kosher certification.

The kosher certification business is far from perfect, but it has come a long way from the era a century ago (see my earlier post on the Baff murder) when widespread fraud and corruption were common.

Scandal and Self-Correction in Kosher Food