Earlier this week, Gayle Redlingshafer Berman wrote about mourning the loss of a non-Jewish parent. Today we hear from Gayle’s co-author, her husband Harold Berman, the former Executive Director of the Jewish Federation of Western Massachusetts. Gayle and Harold are the co-authors of “Doublelife: One Family, Two Faiths and a Journey of Hope.” Their blog posts are featured on The Arty Semite courtesy of the Jewish Book Council and My Jewish Learning’s Author Blog Series. For more information on the series, please visit:

When my wife and I speak to groups about our family’s journey to Judaism, inevitably we are asked about our parents. How did Gayle’s parents, devout Christians that they were, feel about Gayle becoming an observant Jew? How did my parents feel about me leaving my Reform upbringing to embrace an Orthodox life?

The questions are hardly academic. We have heard from numerous converts about parents who didn’t understand their decision, who felt betrayed, who now worried for their souls, who sometimes even actively tried to undermine their choices. For Ba’alei Teshuva — those Jews who were not raised observant but became so as adults — the reaction of their Jewish parents often is hardly more positive.

When we are asked about how our parents reacted and if we had any difficulties, we respond honestly that we are blessed. Gayle wrote in the previous blog post about her father. His support of Israel was rock solid. He was a true Christian Zionist and “got it” far more than many Jews I know. He was not only supportive of our move to Israel, but proudly wore his Israel Defense Forces cap in the midst of the cornfields of Farmington, Illinois.

My parents, too, have been unreservedly supportive, in stark contrast to the parents of so many Ba’alei Teshuva I have met. When I started to become observant and Gayle started to explore the possibility of becoming Jewish, I secretly feared my parents’ reaction. I had heard of parents who, upon learning that their adult children now kept kosher, angrily demanded, “What do you mean you won’t eat in my house? My food’s not good enough for you anymore?” Instead, my parents called one day to tell me that they were kashering their kitchen, down to every last plate, bowl and fork. “After all,” my mother said, “my grandchildren should be able to eat in my kitchen.”

A couple of years later, my parents were standing in line at the supermarket next to a man whose son had gone to Hebrew school with me. His son also had become observant as an adult. The father was beside himself, speaking with frustration about his son’s new dietary habits and Shabbat observance. Thinking his words were falling on sympathetic ears, he turned to my parents and sighed, “Oh, where did we go wrong?” To which my mother, without dropping a beat, fired back, “No — where did we go right?”

When we wrote “Doublelife: One Family, Two Faiths and a Journey of Hope,” about our unanticipated journey from intermarried couple to observant Jewish family, we were surprised to receive so many enthusiastic e-mails not only from the intermarried families for whom the book was originally intended, but from Jews across the religious spectrum as well as religious Christians. The theme in “Doublelife” that resonates most often, even for those on very different religious paths, is the theme of relationship.

As our journey shows, husband and wife each grow and change over time and are often not the same people years down the road as they were when they married. As husband and wife change, they can just as easily grow apart as together, largely depending on their outlook and how hard they decide to work at it.

Parents and children represent a different kind of relationship, but the same dynamics of constant change apply. There is the same tendency to grow apart or together, depending on outlook and effort. And there is the same imperative to keep the relationship strong, whatever obstacles may fall along the path.

For what we have learned above all — with each other and with our parents — is that obstacles need not remain obstacles. They can be turned into blessings.

Find out more about Gayle and Harold here.

MyJewishLearning.com is the leading transdenominational website of Jewish information and education. Visit My Jewish Learning for thousands of articles on Judaism,Jewish holidays,Jewish history and more. 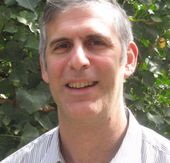