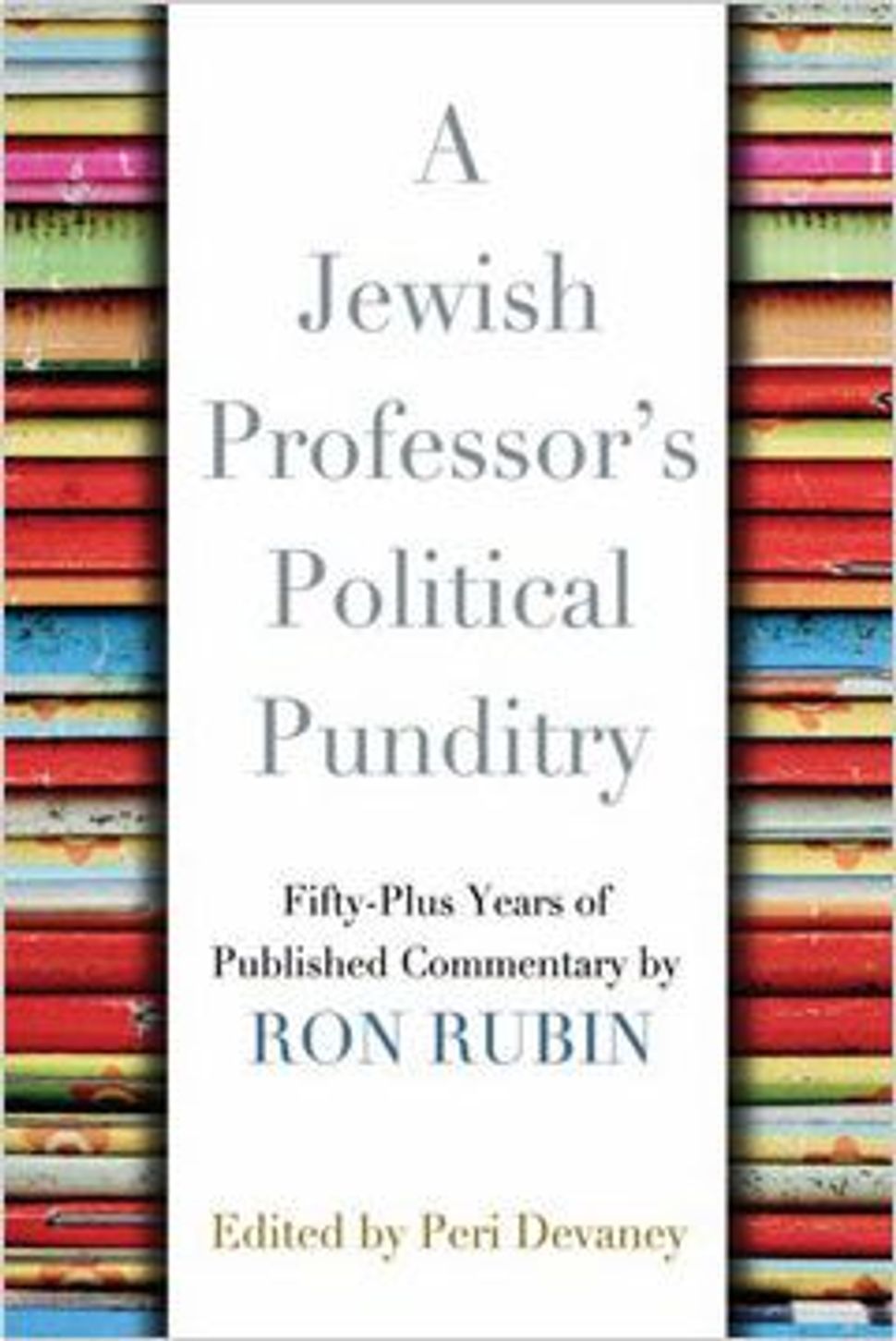 Earlier this week, Ron Rubin wrote about visiting the Soviet Union and Peri Devaney wrote about working on the postscript for her anthology, “A Jewish Professor’s Political Punditry: Fifty-Plus Years of Published Commentary by Ron Rubin” (Syracuse University Press). Today, Peri discusses organizing the material for the anthology. Their blog posts are featured on The Arty Semite courtesy of the Jewish Book Council and My Jewish Learning’s Author Blog Series. For more information on the series, please visit: 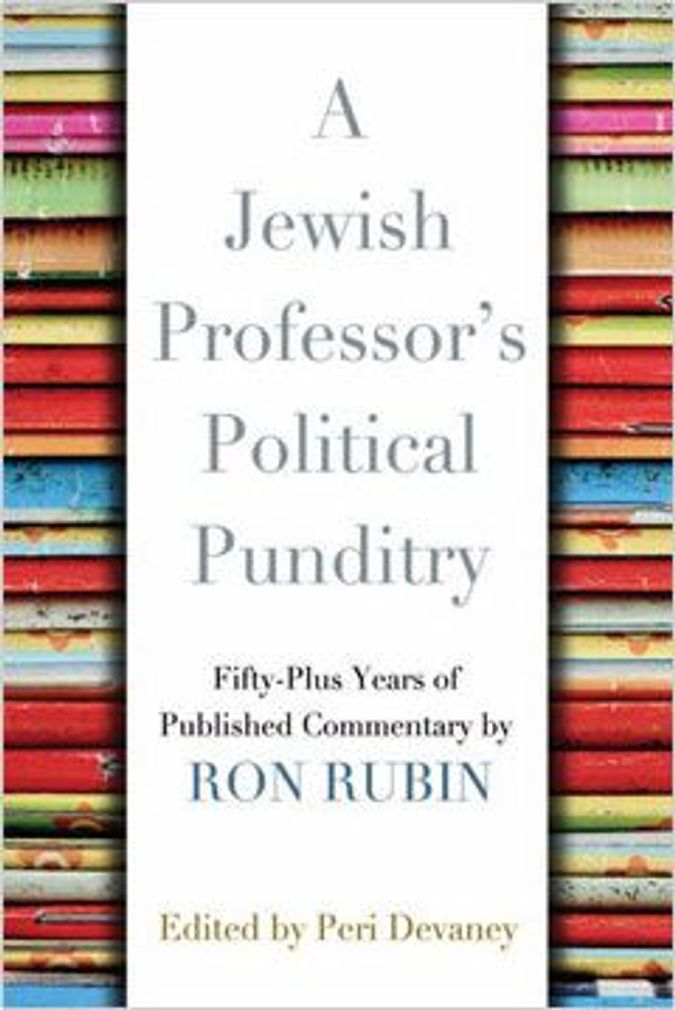 Having worked with Ron Rubin in an editing capacity since 2003, I thought I was well aware of how prolific a writer he was when he asked me if I would put together an anthology of his works. And then came the boxes of newspapers, magazines, journals and other various and sundry periodicals.

And then came the emails with e-versions of his more current articles, and an occasional new article showing up even after I started working with the material.

As I said in my earlier blog post, political science and history are just not my bailiwick. So how was I to get through, select, and organize as much of this material as possible into an interesting anthology focusing on topics related to Judaism and Israel?

One article, op-ed, book review, paper and letter to the editor at a time, I skimmed through it all and created an Excel spreadsheet with columns for listing where the piece fit in Rubin’s biographical timeline, the date of publication, the piece’s primary subject and secondary subject, its title, the name of the periodical that published it including the name of the column when applicable, and the type of article.

Eighty-seven pieces in all were listed, with about sixty of them clearly fitting into the Jewish theme. It was the remaining twenty-odd pieces that stumped me. Did an editorial Ron Rubin wrote in 1961, as the NYU daily newspaper’s editor-in-chief, about Martin Luther King Jr.’s visit to the campus fit in? Was the fact that he was a prominent supporter of Israel and Soviet Jewry, a fact not mentioned in Ron’s editorial, enough? (My decision on that one was “no.”)

In addition to topical considerations, I also needed to keep in mind the publisher’s “400 page, courier font, 1.5-spaced” maximum manuscript size, so it was time to start OCR scanning and formatting the resulting Word documents to see just how many manuscript pages the printed material translated to. (This was not an easy job considering the age and condition of much of the material, and the fact that most of it was in either oversized publications or magazines that wouldn’t lay flat for a clean scan.)

And then the fun began. I had to read all of the articles, one by one, word by word, or should I say letter by letter, first to proofread the scans and fix all the l’s that scanned in as 1’s, rn’s that scanned as m’s, w’s that became double v’s, and so on—and then to actually get to know the material. To this day I’m not sure if the OCR scanning was easier than typing in all of the material or not, but I do know that although I did find some of the material a big yawn, a lot of it was actually quite interesting.

Next came the job of getting reprint permissions to include the material I wanted to use—a topic that could warrant its own blog or two or three! As noted in my Acknowledgements, only one publication (not named) gave me any trouble, the rest willingly granting the permissions and waiving (or, in one case, greatly reducing) their normal reprint fees.

In the end I was able to include sixty-seven of Ron’s pieces in the anthology, four of them in abridged form, two summarized, and one intact except for one large section I needed to research and rewrite because of the permissions problem. By now I was getting the hang of online research and found the re-written section at least as good as the quote it replaced.

Figuring out order and presentation turned out to me easier than anticipated once it was all in the spreadsheet. I simply put the material in order using Ron’s biographical timeline and the articles’ topics. And so came to being:

Putting together this anthology might just make me politically-minded after all!

Check back all week for more from Peri Devaney and Ron Rubin.