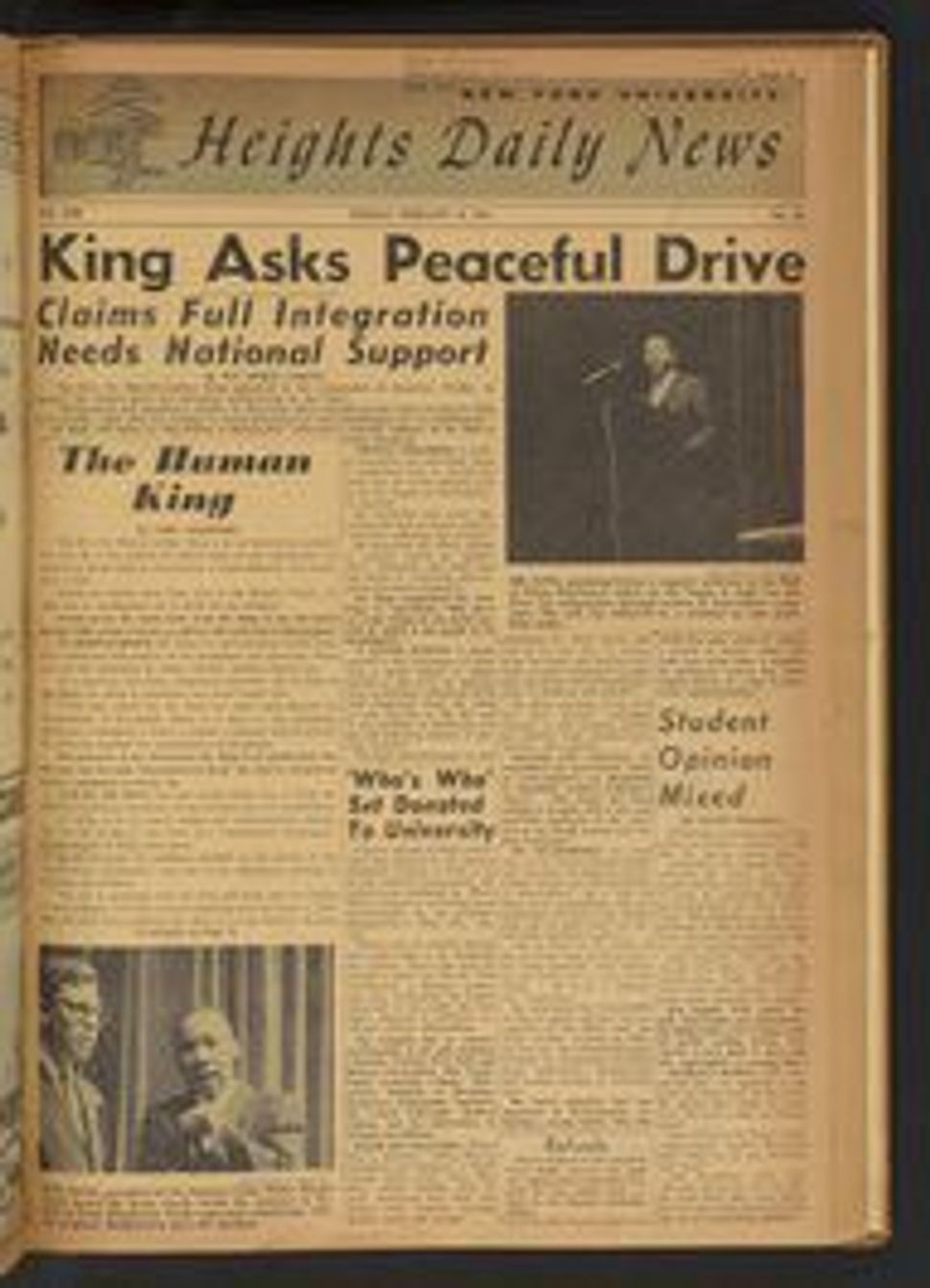 An anthology of 50-plus years of Ron Rubin’s published commentary on topics of import to world Jewry, “A Jewish Professor’s Political Punditry” (Syracuse University Press), is now available. His blog posts are featured on The Arty Semite courtesy of the Jewish Book Council and My Jewish Learning’s Author Blog Series. For more information on the series, please visit: 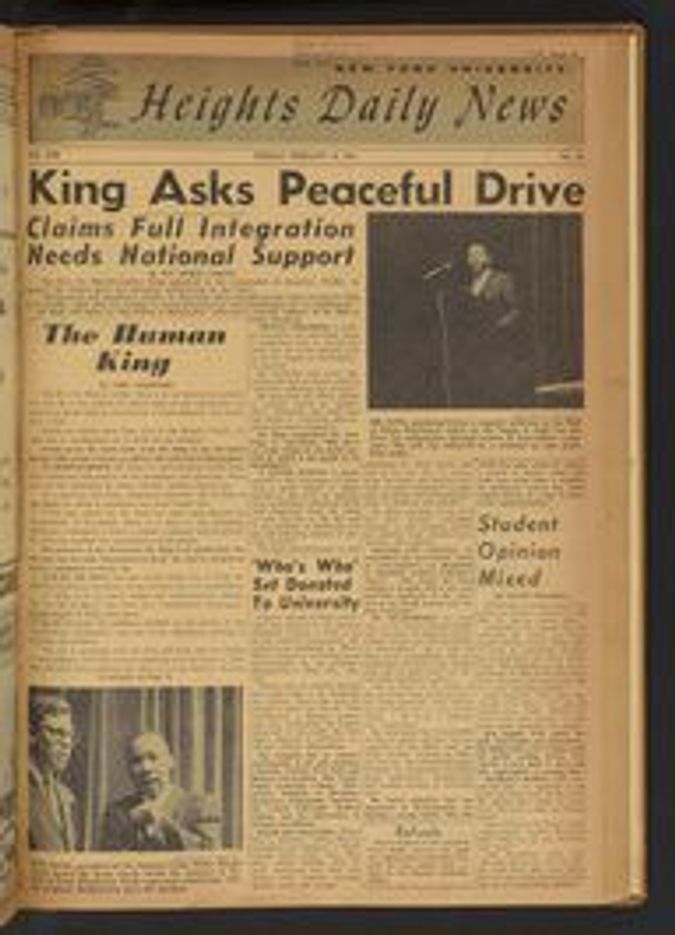 Despite the contributions of the Internet, turning out a college daily newspaper today still requires human ingenuity and dedication, as it did more than a half century ago. Computers left to themselves don’t write editorials, accounts of student council intrigue, reviews of drama society productions, or play-by-play accounts of intercollegiate sports events, and they don’t know how to meet a deadline!

In my senior year at NYU’s Bronx (“uptown”) campus — way back in 1960-1961 — I wrote a lot about the facets of collegiate culture mentioned above. I was editor-in-chief of the student newspaper, the Heights Daily News (HDN). Since the newspaper covered a campus of only 2,000 students enrolled in NYU’s two uptown colleges — liberal arts and engineering — the publication held the distinction of being “the smallest college daily in America.” (By contrast, the Columbia Daily Spectator, which covered the comings and goings of tens of thousands of students and faculty at Columbia University’s campus in Manhattan’s Morningside Heights section a dozen miles to the south, had many richer and more provocative sources to draw from to produce its daily miracle.)

Whether or not NYU’s small Bronx oasis warranted a daily newspaper is not up for debate, especially since the HDN had already chalked up almost 30 years when I took over as editor. During my tenure, we put out a commemorative “Thirtieth Anniversary Issue,” and on the cover was a congratulatory telegram I received from President John F. Kennedy lauding our “EXTRAORDINARY VITALITY AS THE SMALLEST COLLEGE DAILY IN AMERICA.” In researching the trajectories of my predecessors during the preparation of the commemorative issue, we learned that many of them were quite successful. Two of my editorial board colleagues that come to mind today are a U.S. Federal judge in Texas and a big-time real estate developer in New Jersey.

I wanted to keep the newspaper pure, focused on the Heights campus and keeping out stories on national or municipal politics. We reported on campus academics, student activities, college financial issues, the comings and goings of faculty. To give the HDN more depth, I arranged for various series such as “The Future of the American University,” for which nationally known educators and thinkers — including U.S. Senator Hubert Humphrey, political theorist Russell Kirk, and novelist Leslie Fiedler — penned original pieces.

But not everything we wrote was so heavy. On a lighter note we started a “Miss Heights Daily News” contest in response to the campus having gone coed.

Delivering copy to Citywide Printing, at the other end of New York in lower Manhattan, always proved a hurdle. The early delivery run was at 4 p.m., and a Heightsman, usually a Lower East Side local (these were days when most students lived at home) was paid $3 to bring material to the printers. Office staff tried to finish by a 7 p.m. deadline, and on a once-a-month rotation one of us travelled to Citywide, usually by subway, to deliver the rest of the next day’s issue.

Delivering final copy meant staying at the printer’s until midnight or 1 a.m. waiting for the entire issue to be printed and proofread. Sometimes we had to wait for last minute sports results or drama production reviews to be phoned in and then we had to type it up for the pressmen. If articles came out too long or too short, headlines needed to be rewritten and captions changed. Remember, these were the days when print jobs had to be “typeset” — before word processing and page layout programs enabled us to know in advance how things would layout.

The camaraderie of the earthy, cigar-smoking printers served as a diversion for the tired, volunteer HDN tombstone shift.

The press run of the Heights Daily News ended about 15 years after I graduated, when NYU sold its Bronx campus. I owe this deceased newspaper a great debt. The thousands of hours I put into its life greatly enhanced my people, communication and writing skills and set the groundwork for my interests in political science.

And more importantly, while my definition of excitement may be insipid, more than a half century later I still consider the challenges of the nine months between ages eighteen and nineteen, as editor of the Heights Daily News, among the most exciting times of my life. (And yes, for those of you who noticed, I was already a senior in college at age eighteen. As Peri quotes me in the book’s Preface, “I wasn’t brilliant, but ambitious…”.)