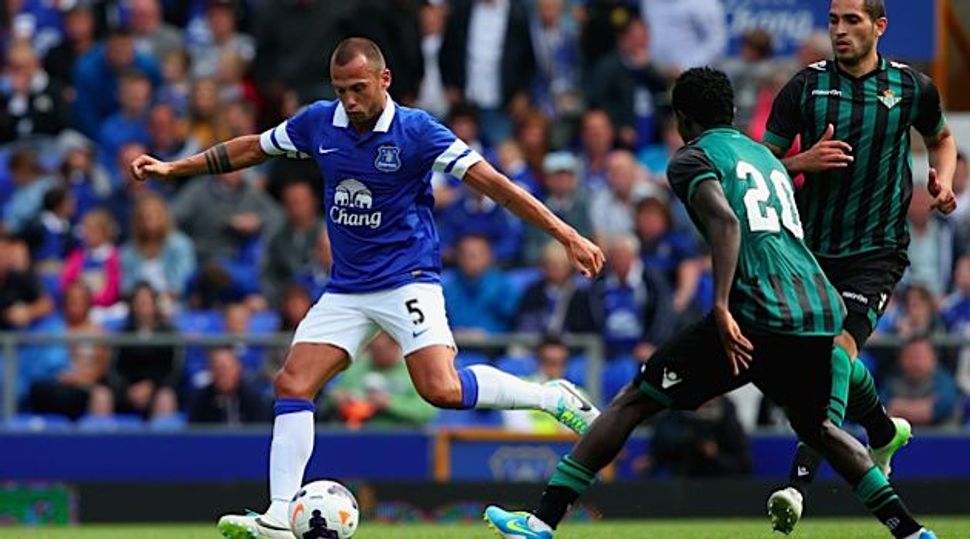 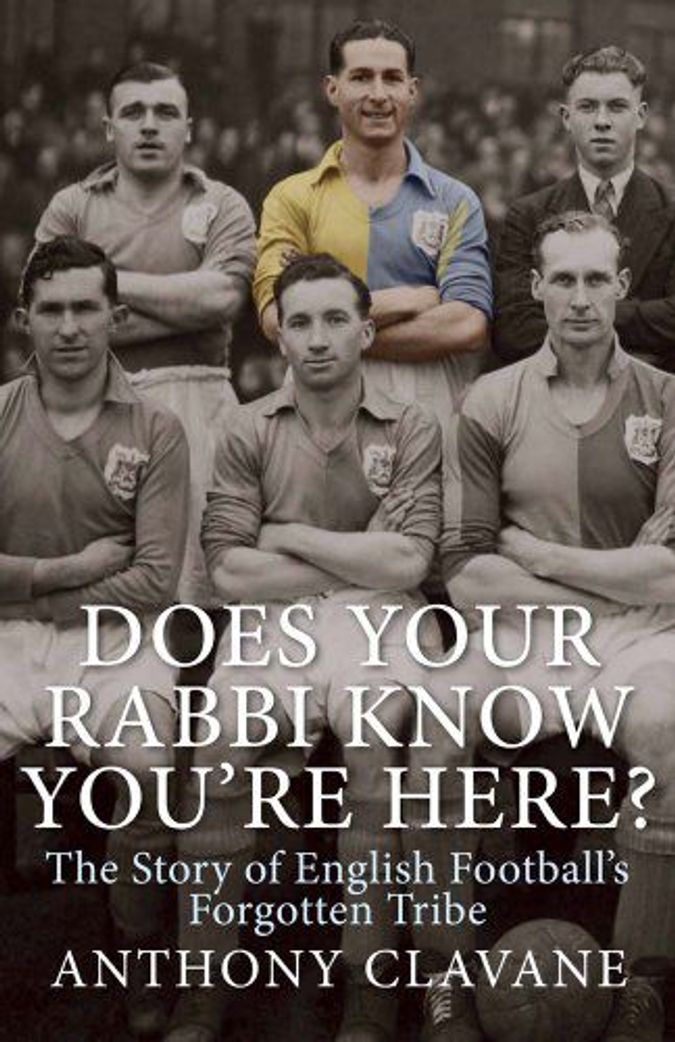 Anthony Clavane’s accomplished and engaging work “Does Your Rabbi Know You’re Here?” now out in paperback, is not about what Jews have given to English soccer, so much as what soccer has given to English Jews.

This is not to minimize the contribution Jews have made to the game, particularly off-the-field. Clavane highlights the role of Willy Meisl, an Austrian sports journalist who not only bequeathed new ideas and tactics to the stodgy, long-ball English soccer of the 1950s, but also imparted a more cerebral, less oafish manner of discussing and analysing the game. Meisl spoke eloquently about soccer from the perspective “of the discerning outsider looking in, expressing a passion for, but still not quite becoming part of, English soccer.”

In the boardroom, during the 1980s and ‘90s, Irving Scholar of Tottenham Hotspur and David Dein at Arsenal imported ideas from the United States about match days being an experience of their own. They sought to improve stadia to make them more family-friendly and to appeal to the middle class, as well as to exploit revenue streams such as merchandising. In laying the groundwork for what would become the Premier League, Scholar and Dein helped revolutionize English soccer by turning it into a product.

But for English Jewry as a community, these accomplishments are representative of the opportunities soccer has presented to become part of the whole. Clavane writes:

English football has, for the past century, been a vehicle for Anglicisation, a space where ethnic identity has connected, even become intertwined, with national identity; an arena where Jews have fought the notion that they were invaders who needed to be fended off, newcomers who did not belong.

The foundation and emergence of soccer in England at the end of the 19th century coincided with a great wave of Jewish immigration from Russia, which increased the Anglo-Jewish population from 46,000 in 1880 to around 250,000 by 1919. Contrasting with the assimilated, bourgeois ways of the Jewish establishment, these Yiddish-speaking Ostjuden were perceived as a threat to the order of things, a kind of embarrassment:

The middle-class leaders were horrified by the old-world religious practices of the new arrivals. Having intensely pursued Englishness for the best part of two centuries, they suddenly saw all their good work being undermined by this invasion of ill-kempt foreigners, who were both conspicuous in their appearance and indecorous in their worship.

The answer of Jewish leaders to this mass immigration was “to adopt a policy of radical assimilation,” to erase the “foreignness of the newcomers.” At Jewish schools where “children were taught English literature, the glories of the Empire, and songs celebrating the bulldog spirit,” they were also encouraged to play English sports. The Jewish establishment wanted to produce, to use Colonel Albert Goldsmid’s words, good “Englishmen of the Mosaic persuasion” — Englishmen more English than the English:

The sight of a sturdy, athletic footballer heading a football into a net world, it was argued, go a long way to undermining the image of the devout, long-bearded ghetto-dweller draped in a yarmulke and prayer shawl.

And yet such was the pervasiveness of anti-Semitism in English society — from the sort one would “catch on the edge of a remark,” as Harold Abrahams said in “Chariots of Fire” to Oswald Mosley’s violent black-shirted thugs — that players would be forced to conceal or discard their Judaism altogether, changing their names and playing on Yom Kippur. To the general public, they were not so much Englishmen of the Mosaic persuasion as Englishmen with something to hide.

This total erasure of Judaism would produce a counter-cultural backlash within the Jewish community in the 1960s, just as Englishmen like Mark Lazarus and David Pleat and Israeli talent such as Avi Cohen were coming to the fore. As part of an anti-integrationist backlash, playing soccer was viewed as equivalent to out-marriage or eating treyf — “dangerous signs of secularisation” that would end with the Diaspora being “assimilated to the point of non-existence.”

“Does Your Rabbi Know You’re Here?” illuminates this conflict between assimilation and integration on the one hand, and staying Jewish on the other, as much through history as memoir. Clavane grew up in Leeds during the “Golden Age,” when upward social mobility meant that going to Elland Road on a Saturday afternoon was as important (if not more important) as shul in the morning. Prominent Jewish footballers were idolised in the manner of biblical heroes by boys in the playground, QPR’s League Cup final hero Lazarus as Judah Maccabee.

Yet at the Selig Brodetsky Jewish Day School, Clavane and his friends had their football confiscated by the headmaster, Mr. Abrahamson. Once an advocate for integration and playing English games as a way of fitting in, Abrahamson told the boys that “football is not for a Yiddisher boy,” that “the English game” would eventually swallow them up. Clavane and his friends tried to carry on playing with apples cores or orange peel, though that practice was stamped out too.

Of his own experience, Clavane reflects:

For me, football was a way of transcending the claustrophobic confines of my Jewish suburban existence. It enabled me to become who I wanted to be, to think of myself as English as well as Jewish; to think of my football-mad family as rooted in the life of the country rather than tossed on to its shores by circumstance.

In spite of this balance between Englishness and Jewishness, of being an ‘Englishman of the Mosaic persuasion,” Clavane can neither suppress the guilt nor “erase that eternal voice in my head,” that asks him every Saturday: “Does your rabbi know you’re here?”