How Do You Solve a Problem Like Chani Kaufmann? 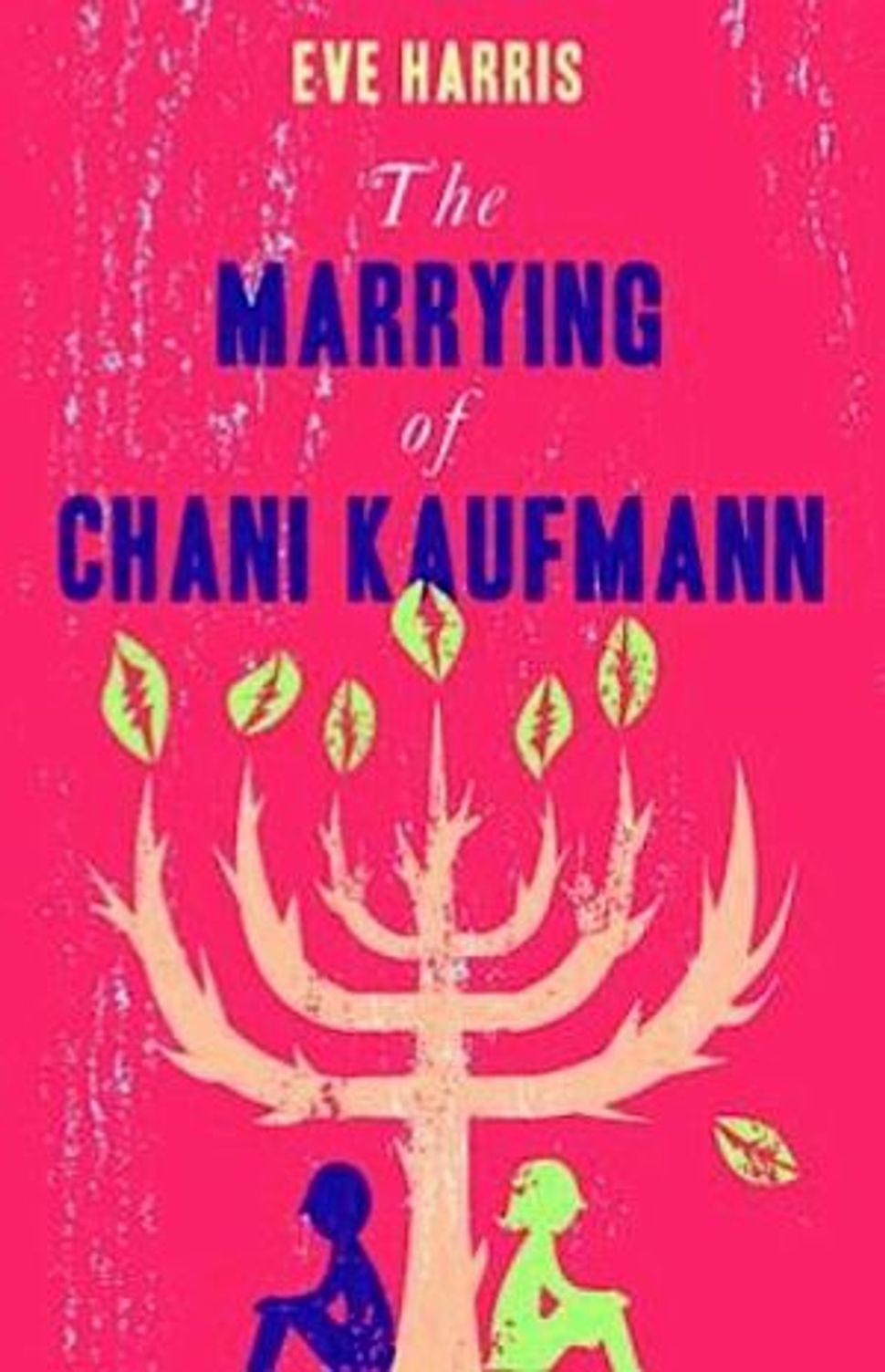 Chani and Baruch are about to get married. In her heavy, layered dress, the sweat drips down the hollow of her back and collects in pools under her arms. She has never been kissed, never held a boy’s hand. As for Baruch, such is his panic that he cannot even remember Chani’s face, though they had been on three or four dates. The wedding night is within sight, a cause of anxiety for them both, each knowing nothing of the other or much about the act itself.

The Rebbetzin, meanwhile, is pregnant at 44 and knows that this child will be her last. One evening she awakes to find the bed wet and sits up in a spasm of panic. She calls upon her husband, Chaim, to do something and yet he is impotent in the moment, frozen by the scene playing out in front of him. The best he can do for his wife is cover her hair as she is carried off on a stretcher into the waiting ambulance.

Set in the ultra-Orthodox enclaves of northwest London, Eve Harris’s “The Marrying of Chani Kaufmann” takes these scenes as its starting point, ambitiously shifting between perspectives and generations and examining a cloistered world with a judgmental outsiders’ eye. “Chani Kaufmann” was recently longlisted for the Man Booker Prize (though not shortlisted) and sold out its initial print run in the United Kingdom. The attention has been a surprise to many not only due to the narrowness of the subject but since its publisher, Sandstone Press, is a relatively small outfit based in Scotland.

“The writing is fresh and bold and the author has shone a light on an unfamiliar corner of life and experience,” Eilidh Smith of Sandstone Press told The Forward, when asked why they would pick up and publish a novel about London’s Haredim. “The terrific subplot of the Rabbi’s wife and her struggle is another element which really leapt out for us, making this book, which was already far more than a boy meets girl story, quite dazzling — endings and beginnings and the bit in-between.

“The collision of the modern world with traditional religion is possibly the single greatest issue of our time, one that will go a long way to determining the future. The Marrying of Chani Kaufmann treats it from an especially female point of view.” Harris’ perspective on ultra-Orthodox life comes working in an all-girls’ Haredi school. What the author presents us with is a gloomy vision of this orderly world in which the constraints of religious life make its adherents desperately unhappy.

It is a novel in which nobody wishes to be there and everyone is trying to escape, as if the covers of the book are the bars of a cage. Chani rides the bus to Brent Cross shopping centre and uses the money she has saved in a private account to buy racy underwear for her wedding night. Baruch hides forbidden novels under his mattress and has difficulty handling his desires. Avromi attends university and starts up a sexual liaison with a non-Jewish girl. The Rebbetzin hides in cafés watching television and argues with her husband about being able to ride her bicycle.

Those who are unable or unwilling to break out or rebel are miserable, too. Baruch’s mother is not pleased that her son wants to marry someone who doesn’t come from money, and attempts to bribe the matchmaker into putting Chani off her good yeshiva bokher. Chani’s family, meanwhile, lives hand to mouth. Her father is a rabbi while her mother is described as “an old woman at forty-five,” tired and dumpy. Parents to eight daughters, they’re ruined from having to stump up for wedding after wedding.

Such characters, as well as the overall tone of the book, are an obvious indication that the author disapproves of Haredi life, or at least elements of it. And that much is fine. With the notable exception of the movie “Fill the Void,” not a great deal of literature or filmmaking has been created by Haredim for non-Haredim. In any case, an excellent movie like “Eyes Wide Open” demonstrates what can be achieved when art takes the time to examine and illuminate a world which so often seem impenetrable.

Harris does not sneer at the Haredim necessarily. Her portraits of the young couple and of Baruch’s friend Avromi can be insightful and affecting. The problem with “Chani Kaufmann” is that while the author has an evident interest in the ultra-Orthodox world, Harris does not seem to understand or empathize with it.

As an example, Harris has the Rebbetzin convert to ultra-Orthodoxy while in Jerusalem, and though she is shown to have an explorative mind, her shift is positively Damascene. After one evening at a slightly hippy-dippy shul led by Chaim, she suddenly says, “I think I’m ready. Let’s get married,” having initially been resistant to the idea of life as a frum woman.

Such shortcomings and misunderstandings show from time to time in the book’s dialogue. “I’m very confused. I don’t even know whether I can go back to a Haredi life,” the Rebbetzin says over the phone to her husband walking along Hampstead Heath. “I feel trapped. I don’t feel like it’s real any more. I don’t believe any more. In anything.” Such dialogue is fine to the extent that it advances the plot. The question is whether a Haredi woman would ever really say such a thing on the phone to her husband.

Then again, perhaps this isn’t so much a problem of insight as a literary issue, for “Chani Kaufmann” is occasionally let down by the writing. In an attempt to make it more obviously of the ultra-Orthodox world, Harris has selected some strange metaphors, similes, and allusions. “The bride stood like a pillar of salt,” the novel begins. “Parting like the Red Sea, her mother and sisters shifted…” is another example. Her ways of referencing intercourse in this vein are equally cringeworthy. “Perhaps she would be a bold adventuress leading him to the Promised Land,” Baruch wonders of Chani.

“You know what? I didn’t set out to write a documentary about the frum world,” Harris recently told Ha’aretz in response to such criticisms. “It’s not a factual book, it’s a fictitious tale. I wanted to write a good story. It’s a story, nothing more. I haven’t got a political agenda, I’m not making a point about the religious world: I was frustrated by it and in love with it all at once.”

But there are other problems with the prose as well. The narrative of the Rebbetzin leaps back and forth over decades, indicated by the times printed at the opening of each chapter. Yet Harris also has the narrator say at one point, in bridging one chapter to the next, “It was time to remember, to probe at memories… After Chani had left she could not stop herself remembering.” Such words are superfluous and should have been edited out.

Moreover, it is disappointing that in seeking a resolution to the novel, Harris did not fulfill its initial promises. Harris speaks of her frustration with Haredi life, and indeed throughout “Chani Kaufmann” there is much sadness and tribulations. Yet in the novel’s concluding chapters Harris does not carry these emotions through. The author gives Chani, Baruch, and the Rebbetzin endings she wants to give them, not those which would have been more fitting to the mood of the novel.

Harris’s task of capturing the texture and intricacies of Haredi life in London is an ambitious one. Perhaps she should be credited for taking it on, but in the sub-genre of art and literature about the ultra-Orthodox world, “Chani Kaufmann” falls short.

How Do You Solve a Problem Like Chani Kaufmann?