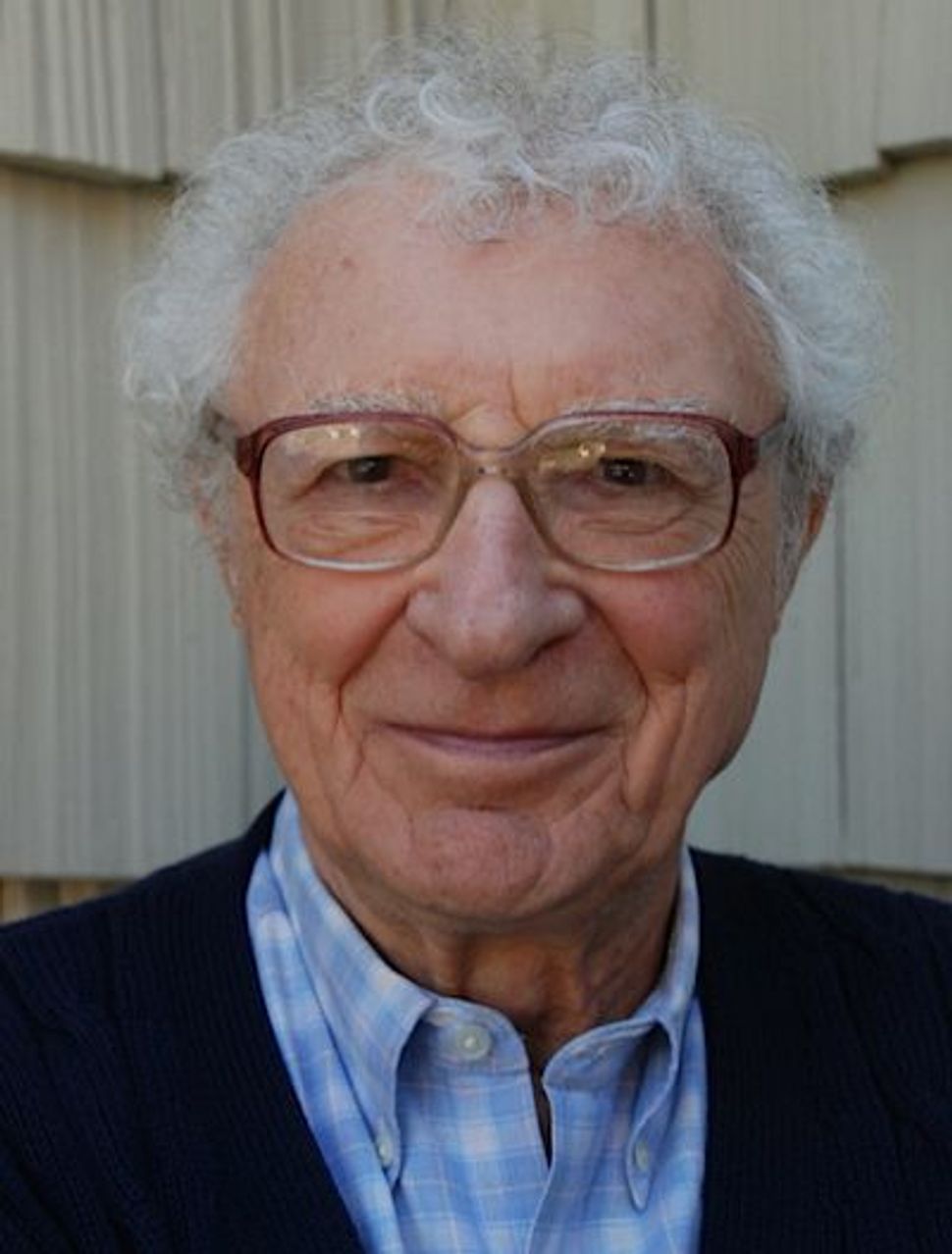 Sheldon Harnick isn’t going to be 90 until next April, but the celebration of that milestone kicks off October 27. That’s when Brooklyn’s Encompass New Opera Theater honors one of Broadway’s greatest lyricists at its annual gala. 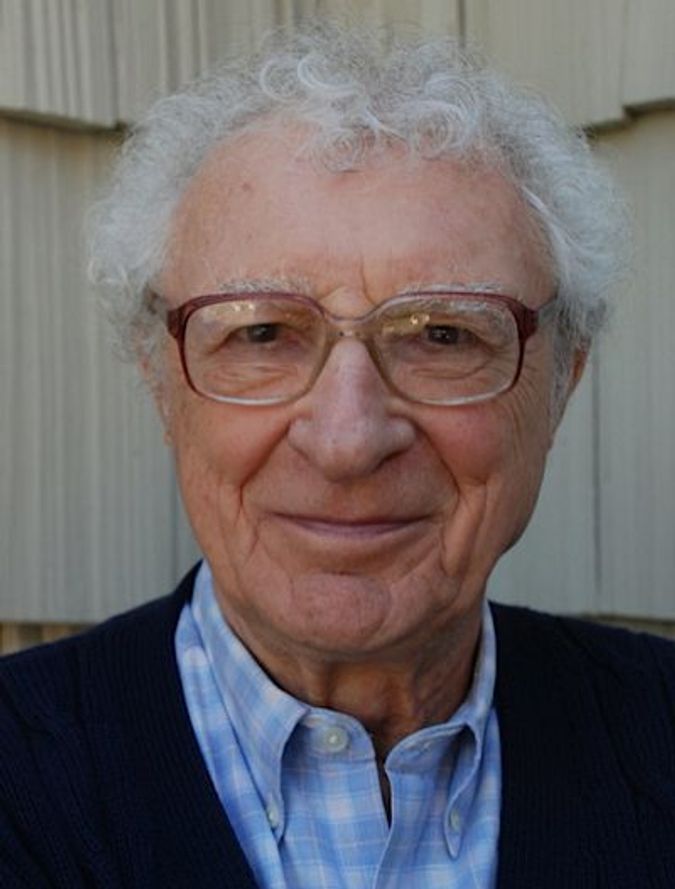 The group works with young composers of musical theater and opera. Harnick has been associated with the company for 40 years. So even though he didn’t want to rush the big nine-oh, he agreed to go ahead. A who’s-who of Broadway is involved, including Harold Prince and the Stephens, Schwartz and Sondheim.

Harnick is right at home in that pantheon of the American Songbook. He and his long-time partner Jerry Bock were the musical team behind “Fiorello!” (which won the Pulitzer Prize and Tony) and “Fiddler on the Roof” (nine Tonys), among other plays.

And age hasn’t slowed him down. He’s shopping a new musical based on a Molière play, “The Doctor in Spite of Himself.” There’ll be mini-productions of five of his lesser-known plays at the York Theater in Manhattan later this season. And he and his wife, Margery, have collaborated on a coffee table book, “The Outdoor Museum,” which combines her photographs of New York with his poems.

The lyricist spoke to The Arty Semite from his home in East Hampton about what’s going on in his life, early negative reaction to “Fiddler” and how Sondheim almost derailed his career.

Curt Schleier: With this big birthday coming up, do you think back and say, “Holy Moly. This was a great life”?

Sheldon Harnick: Occasionally. But more often than not I ask myself, “How did I come up with that lyric?” And “Can I do it again?”

Growing up in Chicago you started out as a musician. Isn’t that ironic for one of the world’s great lyricists?

I studied violin from about the age of eight until I was 18 and drafted into the army. It was during the Depression and my family couldn’t afford a really good teacher. So they hired someone who charged $1 a lesson, but he wasn’t very good. When I was 16, a distant relative, a well-known teacher and the concertmaster for a radio orchestra, sent someone to see me perform. Afterwards, he asked if I wanted to be a professional violinist, because “You know you have no technique.” I needed a better teacher. My father gulped, because that cost $7 or $8 a lesson, which was a lot of money, but he made the sacrifice. When I got out of the army, I went to Northwestern to study music for two reasons. There was a violin teacher there I wanted to study with and also I knew that they had a lot of great student revues there and I wanted to contribute songs to the revues.

Your first collaboration with Jerry Bock, “The Body Beautiful,” did not do well. It ran only 60 performances. Did you think it was all over?

Thank God for Stephen Sondheim. He’d seen [a preview] of the show and told his friend Hal Prince, who came to opening night. Jerry and I were at this table at the after party when the first [negative] review came in from Brooks Atkinson of The New York Times and half the table left. Then Walter Kerr’s review [in the Herald Tribune] came in and the other half of the table left. Then one of the set designers introduced us to Hal Prince. He told us, “Frankly, I had trouble with the show, but I loved what you guys did.” He was working on “Fiorello!” and hired Jerry to do the music. Often the person who writes the book wants to contribute lyrics as well, but Jerome Weidman (who wrote the book with the play’s director, George Abbott) sent him a lyric that was like a novel, like “Beowulf.” Finally, they told Jerry, “We want you to do the book but we don’t want you to do the lyrics.” I’m not sure whether it was George or Hal (who produced the play) who decided to have a competition. They had three or four teams write four songs on spec and gamble. They asked me if I would do it and I said “Yes, of course.” Thank God, because that show made me a hot commodity.

So Stephen Sondheim is indirectly responsible for your career?

Funny story. My brother was a performer and when I first came to New York he asked me if I’d like to see a backer’s audition [where potential financial backers get to see parts of a production]. He took me to a show on a Saturday with songs by an unknown lyricist, Stephen Sondheim. The lyrics were brilliant and I got very depressed. No one had ever heard of Sondheim at that time, yet the brilliance of his lyrics made me think I should go back to Chicago. I decided to go through the [theater listings] and see some terribly produced musical hoping that might encourage me to stay. I saw something called “Ankles Away” and it was so bad I decided I could stay.

Let’s talk about “Fiddler.” Did you have any family from Eastern Europe?

We lived in a non-Jewish neighborhood in Chicago. The few Jewish families would go to services in a hall above a secretarial school. They somehow raised the money to buy an abandoned church and turned it into a synagogue. I didn’t have anyone in my immediate family, but it was there that I met people from Eastern Europe. I did study and was a bar mitzvah.

Then came your big hit.

Actually, when people heard we were working on a Jewish show they said, “What are you wasting your time for?” When Jerry and I were in London for the production [of our previous play] “She Loves Me,” people made fun of the idea and said they can see it, someone tap dancing on a milk can. Even when it came out and was successful people told us, “You guys were brave.” I didn’t feel I was brave. I’d been in World War II. We’d been fighting Hitler. It was perfectly acceptable to be Jewish. And we felt [Sholem Aleichem’s] stories were lovely, humorous and richly human.

Which brings us to contemporary musical theater. It doesn’t seem as though I walk out of the theater humming any more.

Too many Broadway shows today are centered around rock music rather than show music. But there are, as it happens, some very talented people like the guys who wrote “Avenue Q.” But if a song doesn’t get recorded and become popular you don’t remember it for long. I also like Tom Kitt who did [“Next to Normal”]. I’m on a number of panels where aspiring writers submit their scores and I see a lot of young talent out there.