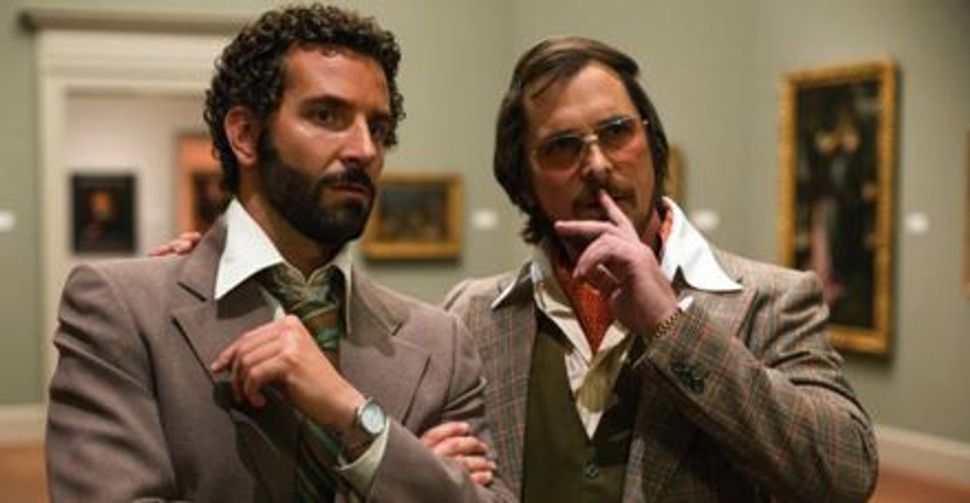 “American Hustle,” David O. Russell’s inventive and energetic take on the Abscam scandal, starts with a tone-setting (and laugh-inducing) placard on the screen:

“Some of this actually happened.” 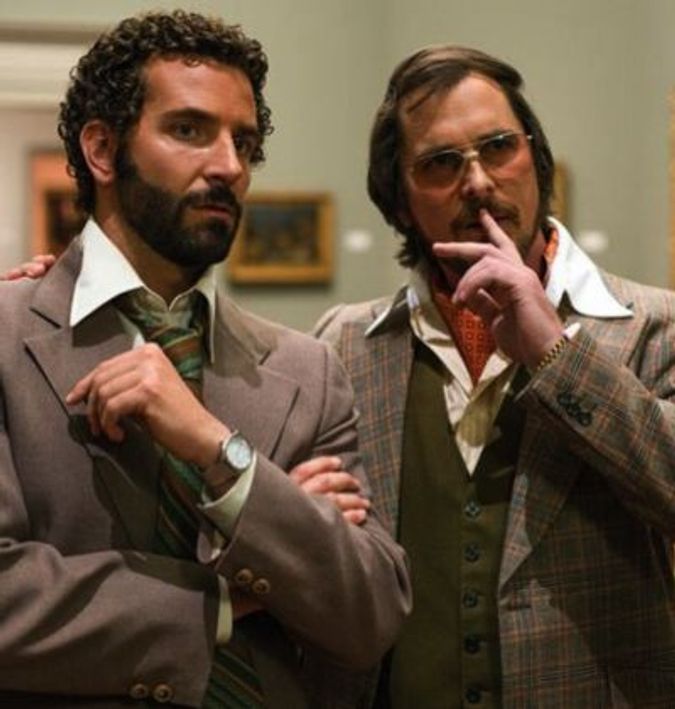 But, of course, a lot of it didn’t, and in that terrain between fact and fiction, Russell and co-screenwriter Eric Warren Singer have re-imagined the story as it might have been conceived by Jonathan Swift and John Waters.

Abscam was a late ‘70s, early ‘80s FBI corruption investigation that netted — some say, entrapped — more than a half dozen congressman and a passel of state and local officials.

It was led by a Long Island conman named Mel Weinberg, who’d been indicted for mail fraud and other charges related to a fake loan scheme he’d operated. An ambitious FBI agent hired him (!) to churn the waters for cons like his. He was even paid a bonus for every conviction he earned. Ultimately, this led to the congressmen.

I should note that the FBI hiring a conman and paying a piece rate bonus is not the bizarro film, but the bizarro reality.

Russell takes it the logical next step. His Weinberg is a Magen David-wearing Irving Rosenfeld, played by a virtually unrecognizable Christian Bale, who gained 50 pounds for the role. His mistress and partner, Sydney Prosser (Amy Adams), is a former stripper who’s been passing herself off as British royalty as part of Rosenfeld’s hustle.

Caught by FBI agent Richie DiMaso (Bradley Cooper), she wants to go on the lam. But Rosenfeld is tied to the area. He’s adopted and loves his wife’s son from another relationship and ditzy wife Rosalyn (Jennifer Lawrence) threatens to reveal all she knows about his operation to the feds.

To avoid jail, the pair agree to cooperate in DiMaso’s sting operation. All four of the principals have worked with Russell before: Bradley and Lawrence in “Silver Linings Playboo”k and Bald and Adams in “The Fighter.”

Those experiences seem to have enabled them to develop a shared trust that allows them to take their performances to the very edge that divides funny from stupid.

The acting is simply outstanding. Lawrence doesn’t have as much screen time as the others, but her portrayal of the self-centered wife is totally mesmerizing. A scene where her confrontation with her husband’s in a ladies’ room ends with a kiss is both startling and powerful.

Cooper is also especially riveting as the manic (coked up?) agent determined — desperate — to maker a name for himself. He lives at home with his mom, has a fiancée, yet is easily ensnared by the lovely Prosser.

He’s especially funny in a scene in which he wears hair curlers. Hair seems almost another character in the story: Rosenfeld’s comb over and the giant pompadour worn by Camden Mayor Carmine Polito (Jeremy Renner) help create the disco atmosphere of the time.

By singling out Cooper and Lawrence, however, I am doing a major disservice to the film and the other performers, all of whom did outstanding ensemble work here.

Even those in minor roles, including Louis CK as Cooper’s frustrated FBI supervisor and a surprise star in a cameo as a Mafia boss. It’s not really a surprise since he regularly plays…Okay, it’s Robert DeNiro.

What the film does effectively is make you question your sense of right and wrong. Polito isn’t in this for bribe money. He just needs cash to help develop Atlantic City casinos to help create jobs. While Rosenfeld and Prosser are crooks, they at least have a conscience. DiMaso, in his single-minded quest for glory, doesn’t.

The twist ending is dead solid perfect. Sadly the film, which won best picture honors from the New York Film Critics and will likely make most 10 Best lists, isn’t. It drags a bit in the middle, but in every other way deserves each honor it receives.