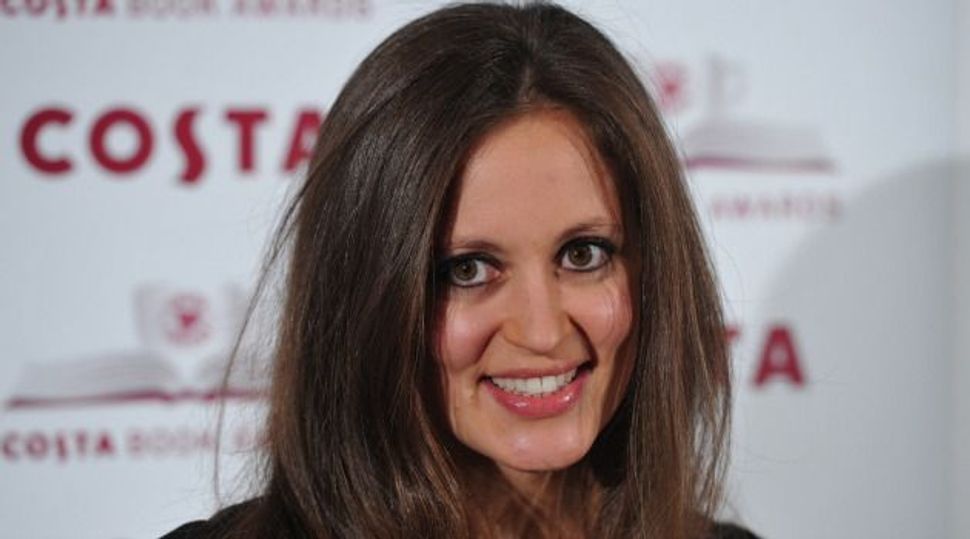 Set in one of northwest London’s tight-knit Jewish communities, Francesca Segal’s debut novel “The Innocents” tells a tale of family and love that includes all the ingredients of a widely read story: lust, betrayal, doubt and commitment. Adam and Rachel are in their late 20s and engaged to be married. Then Rachel’s free-spirited and vulnerable cousin Ellie enters the scene, causing uneasiness in the conservative community — and in Adam’s life.

First released in June 2012, the novel has won 33-year-old Segal six awards, including the 2013 National Jewish Book Award for Fiction and the 2013 Sami Rohr Prize for Jewish Literature. In early December, she was awarded the Harold U. Ribalow Prize for Jewish Fiction by Hadassah Magazine. The book has been translated into German, Italian and French, and Carnival Films, the company that produced “Downton Abbey,” has secured the film rights.

Segal, the daughter of late Erich Segal, the author of “Love Story,” is a journalist and writer who lives in London and New York. She has just started working on a new novel, and met with the Forward before the award ceremony for the Ribalow Prize in New York to talk about her self-identification as a female Jewish writer, her own experiences growing up in northwest London, and how Jews behave on the subway in the United States.

Anna Goldenberg: You studied experimental psychology at Oxford. How did you make the leap from that to writing?

Francesca Segal: I always wanted to write. I don’t think I was brave enough to [study] English because it felt like making too big a declaration. It was like showing all my cards. And, you know, psychology helps: if you are interested in the human psyche, which is also part of writing and crafting fiction.

Did you grow up in a society similar to the one you described in your novel?

I did and I didn’t. It’s not my family, and it’s not my life. It is very much fiction. I know that world very well and I’m very fond of it. But I never felt completely a part of it. My father was American, and my mother grew up in south London… I didn’t grow up going on family holidays with people my parents had known for 20 years, because the people my parents had known for 20 years were not Jewish and not in northwest London. Actually, growing up I was quite envious of that aspect of the community.

Are some of the characters taken from real life?

I can put my hand on my heart and say that they are not based on real people. I grew up with 20 girls like Rachel. In terms of Adam’s central struggles, I watched a lot of men battle through these choices — not that circumstance specifically, but the pressure to be a good man, to be a good husband, to do the right thing, to differentiate between what you want and what’s been wanted for you. I called Adam Adam because he has the echo of the prototypic Jewish man about him.

Do you feel that writing the novel changed your Jewish identity in any way?

And would you also say you’re a female Jewish writer?

It’s a little bit more challenging. It’s not a term of disparagement, but I think all women who write battle against the idea that they write only for other women. They battle against pink covers and girly titles and classifications that might be an easier fit for marketing departments.

What was your own experience with that?

In the U.K., I said I wanted a completely gender neutral cover. It was navy blue, not something a man would be ashamed to read on the subway. Here, my jacket is very girly, and I had quite ambivalent feelings about that, because my protagonist is a man. I don’t quite know why there is this lady in a frock on the cover. Since you’ve lived both in the States and in England, would you say it’s the same here? I think there’s confidence and security here that the British Jewish community doesn’t have. If people are talking on the subway about a Jewish subject, they won’t whisper the word Jew. And in the U.K., people do. They are a little scared, and want to keep quiet and not draw too much attention. It’s a great relief, actually, to come from that community and be here and see that people are not frightened.