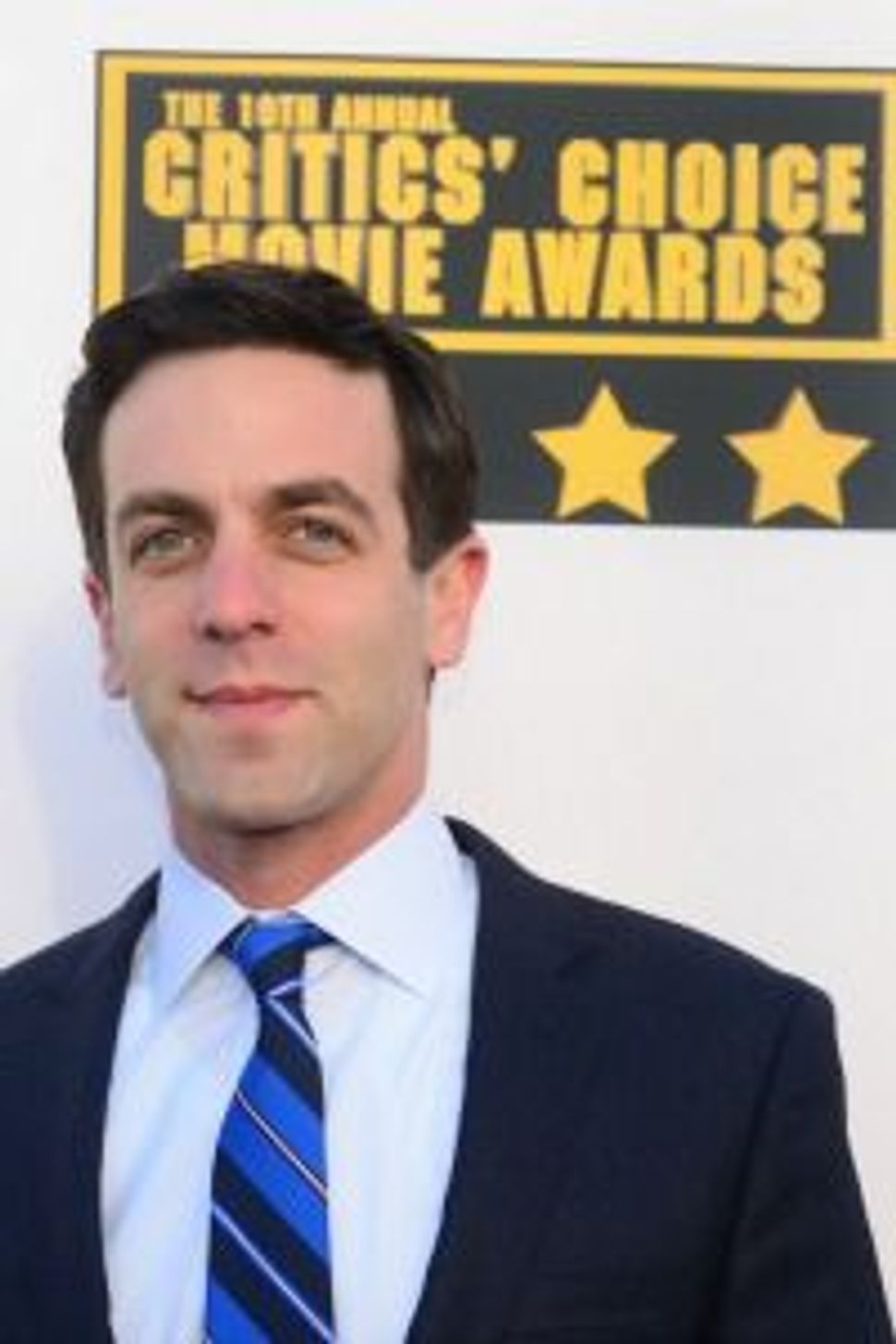 All that dancing around to “Let’s Go Fly a Kite” in “Saving Mr. Banks” seems to have given B.J. Novak a taste for children’s literature.

The Jewish actor and TV writer, who plays composer/lyricist Bob Sherman in the movie about the making of “Mary Poppins,” has signed with Penguin Young Readers Group to do a children’s book called “The Book with No Pictures.”

I am very happy to announce my first kids’ book, “The Book With No Pictures,” which Penguin will publish in Sept! http://t.co/ePY9ABfa3O

Scheduled for release in 2014, the book is exactly as advertised: a book without pictures. Per the publisher: it “turns the notion of the [format] on its head.”

“I wanted to write a book that would introduce the youngest of kids to the idea that words can be their allies — that the right words can be as fun, exciting, and ridiculous as any pictures,” Novak explained. “Also, I can’t draw.”