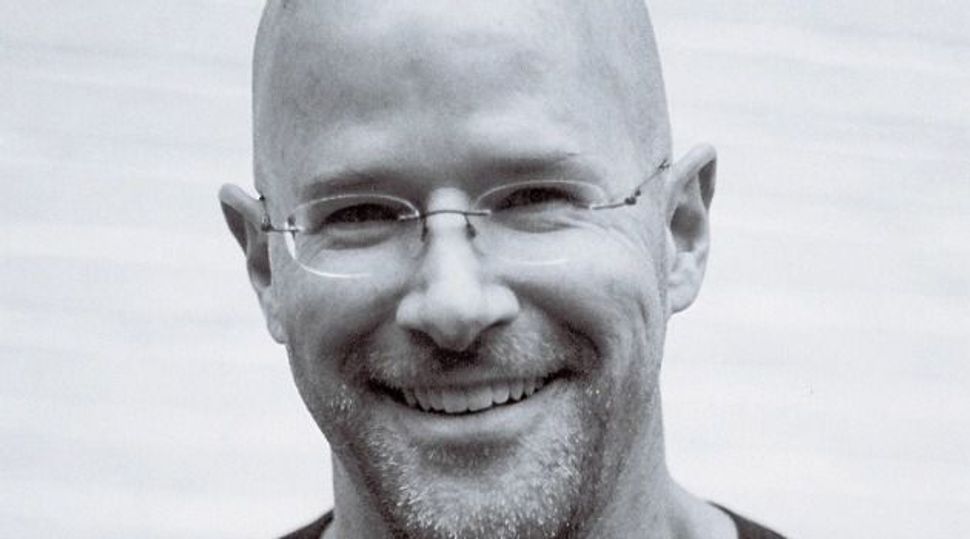 The sea of love can be a “dark and scary place — deep, cold, impenetrable, and populated by billions of freakish creatures lurking in the depths with their gnashing teeth and electrified appendages,” Daniel Jones, editor of the Modern Love essay column in The New York Times, writes in his new book, “Love Illuminated: Exploring Life’s Most Mystifying Subject (With the Help of 50,000 Strangers),” (HarperCollins).

Jones should know: He receives about 100 submissions a week for the column, which he’s edited for the past nine years. Appearing in the Sunday Style section, Modern Love is one of the most-read columns in the world — by women, anyway. Columns have resulted in at least 37 different books, making the column one of the most sought-after reads by writers, as well.

You might expect Jones to know everything there is to know about love, but he denies being a guru. In “Love Illuminated,” he examines the trends he’s seen over the past decade, broken down by stages from “Pursuit” to “Connection” to “Monotony” to “Infidelity,” mixed with anecdotes from published essays, his own pre-Internet path to marriage and amusing questionnaires.

The Forward’s Amy Klein spoke to Jones, who has a Jewish grandfather and his wife is Jewish, about concepts like destiny, soul mates, the role religion plays in love and, of course, what type of stories pique his interest enough to be published in Modern Love.

Amy Klein: As the editor of Modern Love for nearly a decade, you’ve seen how technology has changed the way people meet and communicate. Even you and your wife created profiles and discovered that the dating website never matched you two up. Do you think technology is ruining love?

Daniel Jones: With online dating, you’re opening yourself up to this vast volume of people, and you have to narrow it down. People who normally would be more open-minded about who they want to be with are lured into making generalizations, and I think that’s not good for a lot of people. I’m not sure what the alternatives are…. It leads everyone to think in terms of categories at the beginning of a search.

You write how people are so picky about their criteria. Do you think that people picking people based their religion is not a good thing to do?

It depends on the person. I acknowledge that we self-segregate in our lives. But the online dating experience [segregates] for you, based on algorithms you’ve created. It’s a model that forces all of that upfront: age range, income range, choose this height, this ideal weight and it’s impersonal. It’s not at all what’s important to the person. If you date on the sites that are religion specific, you end up picking people on other things; you have to narrow down categories within the religion. I’m criticizing the kind of person who is lured into making those decisions when they otherwise wouldn’t.

I remember the Modern Love essay “Bringing Home the Wrong Race,” which explored how widespread parents discriminating against certain races, nationalities and religions is. Do you see a lot of essays about interfaith dating?

One of the most common kinds of essay I get is the unexpected love affair with someone who you never thought would be right for you. Sometimes that’s the kind of essay that works: whether it’s the Jew falling in love with the Muslim, the Republican falling in love with the Democrat — for some reason, that high-concept idea really appeals to people. I hear about it a lot. (I probably hear less about finding love within your faith or persuasion because that doesn’t make as good a story.)

You cite a 2011 Marist Poll finding that 73 percent of respondents believe in soul mates. Do you believe in destiny and soul mates?

No. Who knows what a soul mate is? I don’t believe that there’s only one person out there that could be for you. I think there are a number of people you could have just as good of a life with. But if you believe you’re meant to be with a person — and I think we all convince ourselves of that — then that can help when you’re going through hard times. If you start with the assumption that you’re more perfect for each other than for other people, that can help.

You write how shocked you were at how many people contacted you for the name of the kabbalist in Jerusalem after reading my essay “What the Rabbi Said.” Are you surprised at how many people believe in nontraditional practices for finding love?

I thought the number of people who wrote in was funny. It was so much more than I expected would respond. We’ve done that a bunch of times, not only with rabbis but psychics or fortune tellers, and when someone was influential and we don’t say who it was by name, we always get people asking.

When matchmaking these days is becoming more and more scientific and less and less “magical,” and when we’re using mathematical algorithms and technology to serve as matchmakers, you might think people would rely on things like fate and destiny less, that that would fade away, but from what I read, the opposite seems to be true: We’re skeptical of those sorts of methods, of weeding out who we should love, and I feel like it’s enhanced by anyone like the rabbi, who can take that decision and give it some sort of stamp of authority. As I wrote in the book, it’s hard to know if it works because it makes you pay attention in a certain way, like instead of being skeptical of every man, you become open to it.

When it comes to love, or Modern Love, do you have a motto of sorts?

I don’t have a motto — but if I did, maybe it would be “Embrace the complexity….” That’s so much of what the column is about; there are so many people who have trouble in relationships and love who are trying to make it something simpler than it is. Any relationship will have conflicts, and if you can approach love humbly enough to know that it’s going to be hard sometimes, then you’ll be better off.