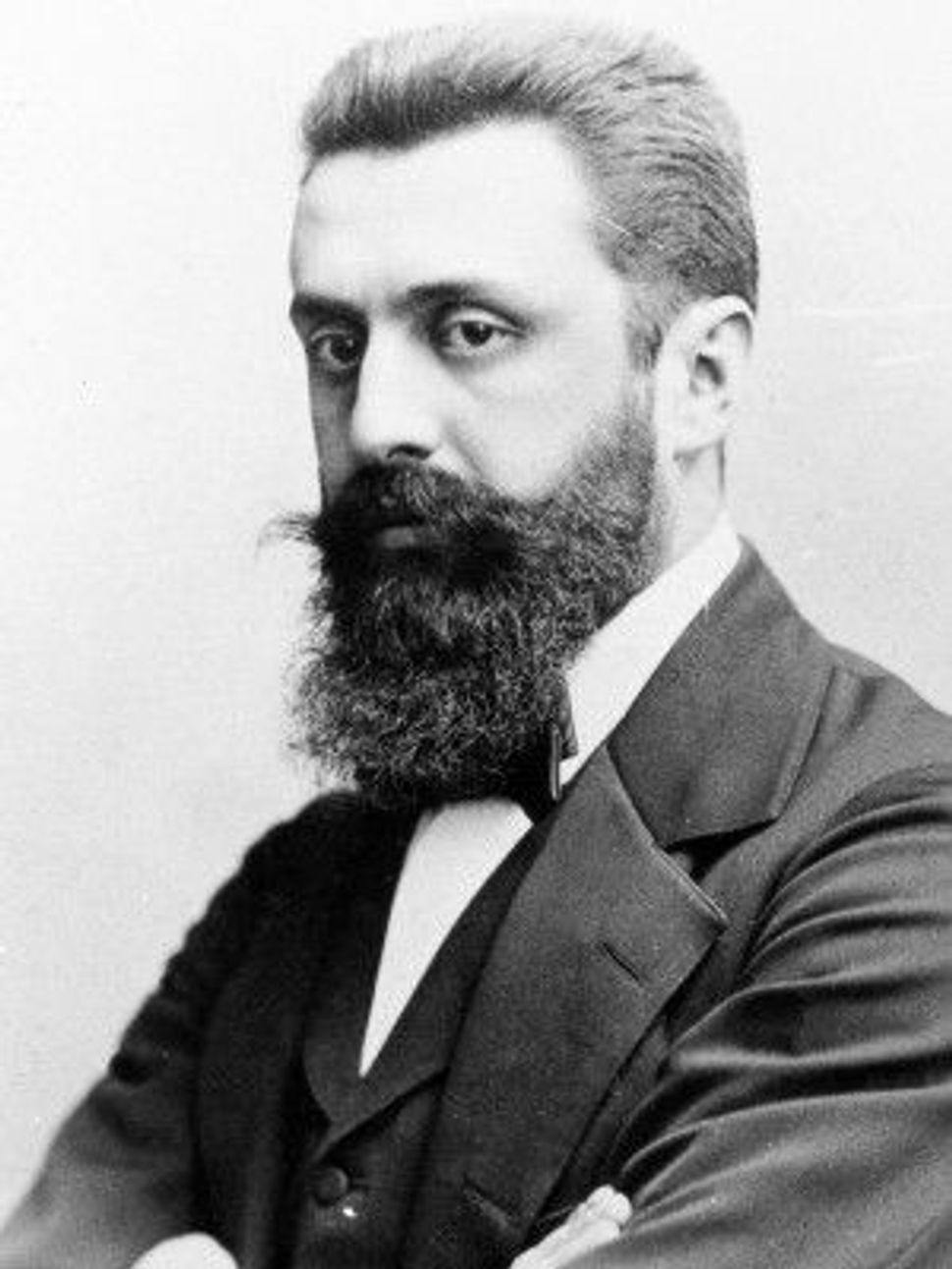 The idea that the trial of Alfred Dreyfus inspired Theodor Herzl to write “The Jewish State” is “simply not true,” Shlomo Avineri declared in a pointed, fluent, and well-received lecture that opened the first full day of London’s Jewish Book Week on February 23.

Discussing his biography of the father of modern Zionism, “Herzl: Theodor Herzl and the Foundation of the Jewish State,” Avineri asserted that through examining Herzl’s diaries and letters, he concluded that the Dreyfus affair did not preoccupy Herzl’s thoughts at that time. Only in hindsight would the fate of Alfred Dreyfus come to be seen as a pivotal moment both for European Jewry and the history of the Zionist movement.

Rather, the background to “The Jewish State” was the collapsing scenery of 19th-century Europe and specifically the Austro-Hungarian Empire which had, up until that time, been “the best country for Jews in Europe” and had been referred to as the “goldene medine,” even before the United States. Emancipation began towards the end of the 18th century, while in the 19th century the Emperor Franz Joseph I obtained the moniker “Froyim Yossel” from his Jewish subjects who during his reign became more equal members of his multi-national, multi-ethnic empire.

During the 1890s, however, “nationalism threatened the unity of the Austro-Hungarian Empire,” while the advent of democracy resulted in the emergence of “racist, populist, and anti-Semitic candidates” for office. This affected Herzl’s city of Vienna, where Karl Lueger of the Christian Social Party won municipal elections in 1895 by decrying “corrupt liberalism” and charging that Jews controlled the Austrian economy and the press.

Lueger’s campaign indicated that part of this disintegration of the Austro-Hungarian Empire and of Europe more generally was the emergence of anti-Semitism as a reaction to Jewish emancipation. This anti-Semitism, Avineri writes in “Herzl,” “stressed the ethnic and racial character of the Jews, not their religion.” Moreover, “it was not their suffering and weakness that sparked the new hatred — it was their success and their power, whether real or imagined.”

What Herzl saw, Avineri said, was that this new anti-Semitism was “deterministic” since there is “no way out” of a Jewish identity that is in the blood. While emancipation had demolished the physical walls of the old ghettos, opening up industry, commerce, and the professions and granting Jews new political and social rights, the Jews of Europe “found themselves in a new ghetto without walls — an invisible ghetto” but a ghetto nevertheless.

Herzl, therefore, “was the first one to understand the structural changes taking place in European society,” that the place for Jews in a supposedly liberal and enlightened Europe was shrinking due to the rise of nationalism and anti-Semitism. In Austria and Germany, the Czech Republic and Serbia, Jews were moving from being one ethnicity among many in multi-ethnic empires to being “national minorities in very nasty European nation-states.”

“It was not the trial of Alfred Dreyfus, but Herzl’s long analysis of the failure of emancipation and the rise of German and Austrian anti-Semitism,” Avineri writes, “that led him to his conclusions” that the Jews of Europe had to get out — “out of wealthy, liberal European society which had granted equal rights to the Jews but is unable to truly liberate them.”

But where, then, is the origin of the misnomer that l’affaire Dreyfus begat “The Jewish State”? After all, the Dreyfus trial is mentioned only incidentally in the 100s of pages of Herzl’s diaries that Avineri constructed his new biography upon. Moreover, in Herzl’s original account of the degradation of Dreyfus, he has the crowd shout, “Death to the traitor” not “Death to the Jews” as it appears today in the history books used in Israeli schools.

Avineri contends that Herzl himself was, at least in part, responsible for its dissemination. In an essay entitled “On Zionism,” written in 1899 and published in the literary journal North American Review, Herzl remembered the event of Dreyfus’ humiliation differently than in his original account. It is possible his memory simply betrayed him, but it is also possible that this essay was written specifically “in order to promote the Zionist cause among non-Jewish Americans.”

In addition, four years on from l’affaire Dreyfus and three years after the publication of “The Jewish State,” the emergence of information questioning Dreyfus’ supposed guilt took on a greater or different meaning. His retrial in 1899 became a battle between the republican left on the one hand and the Catholic-monarchist right on the other. And, for Herzl, it seemed to confirm the notion that emancipation had failed European Jewry.

Thus, this later account of Dreyfus’s court-martial became part of the historical record as opposed to the original. According to this version, “it was the sight of the innocent Dreyfus being expelled from the French army and French society, and the cries of the crowed, that convinced him that the Jews needed their own country.” What Avineri stresses, however, is that this is very much a retrospective rearranging of history.