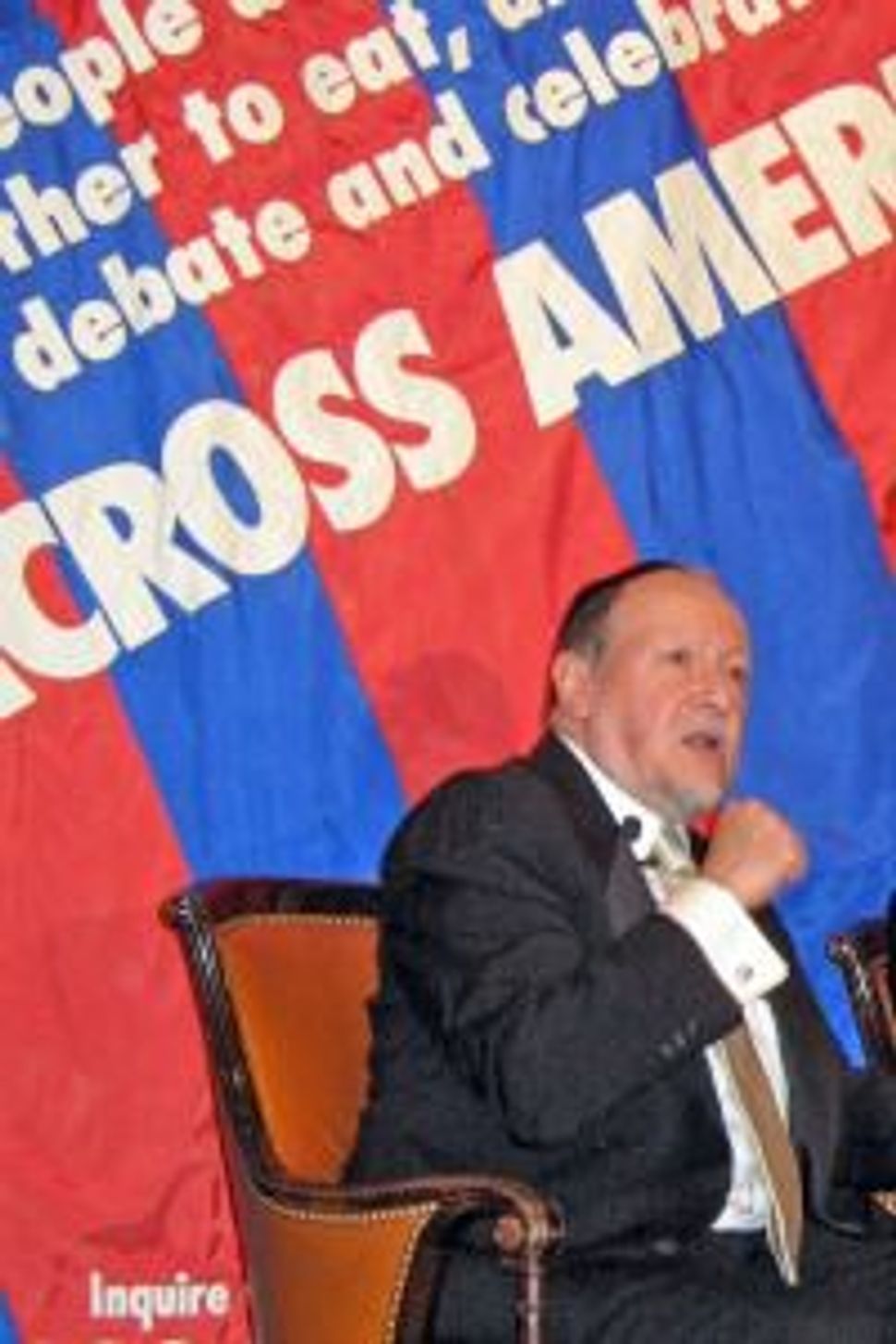 “Our parents prayed for a ‘melting pot’ but instead, we have gotten a ‘meltdown,’” Rabbi Ephraim Buchwald, executive director of National Jewish Outreach Program, told the guests at its “Generation to Generation Dinner” at the Grand Hyatt.

While touting NJOP’s March 7th “Shabbat Across America” (now in its 18th year) at 450 locations, Rabbi Buchwald — who founded NJOP 26 years ago — referred to the new Pew Report as he lamented “the erosion of Jewish life taking place at a far more rapid pace than any of us ever imagined…. Statistics have left the Jewish community reeling in pain and despair…entire movements of Judaism are threatened with extinction…. Schools that only 50 years ago boasted enrollments of more than 600,000, now have fewer than 150,000 young students. The list goes on….”

Ever the optimist, Rabbi Buchwald rebutted: “Our programs continue to enjoy great success… Before the Pew Report became public; NJOP knew that most young people no longer responded to traditional outreach efforts…were reluctant to enter synagogues, [ergo] NJOP was one of the earliest Jewish organizations to enter the social media area. With its Jewish Treats and Tweets [it has] 50,000 subscribers. Most of our 42,000 Twitter followers are between the ages of 20-40, married, some with children.” Quoting NJOP benefactor and Holocaust survivor Sam Domb, Buchwald declared: “Despair is not an option.”

Keynote speaker former Chief Rabbi of Israel Yisrael Meir Lau — who was born in Poland and is a Holocaust survivor—took the 325 guests on an imaginary journey around the world “with Socrates, Julius Caesar and Moshe Rabbeinu” — each experiencing a short-term revisit to earth. Socrates and Caesar arrive to discover that the languages, landmarks and icons of their time have disappeared to history. “Moshe alone” finds he can communicate with the first person he encounters in a language that he speaks, about traditions and practices he holds dear…That the Holy land awaits him, teeming with Jews and Judaism and is still very much alive. Israel’s president Shimon Peres sent written greetings which were displayed on a screen.

With Rabbi Buchwald’s admirable track record of conversions to his credit, I thought back to an NJOP dinner a few years ago at which several young [and gorgeous] converts were introduced to the guests. I was seated next to a very pregnant young Korean woman wearing a large black pillbox hat and a long flowing brown and print silk dress. Delivery seemed imminent.

In Korean-accented Hebrew she replied: “Boruch Hashem, I am blessed with twins.”