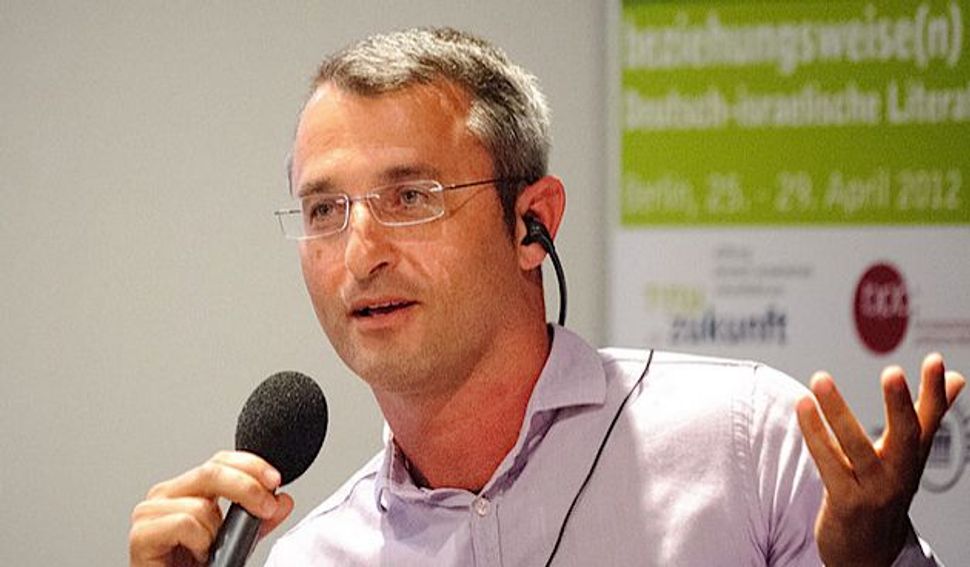 Every year, of the 75,000 young Israelis who complete their military service, it is estimated that around one third leave everything behind to go backpacking. The nomadic ramble through Southeast Asia and South America in that indeterminate period between youth and adulthood is hardly unique to Israel, but it takes on its own characteristics at the end of mandatory service — a break from order and a getaway from the confines of a small state under siege.

While one can escape Israel, one cannot escape Israeliness. On the road, for linguistic, cultural and emotional reasons, Israeli backpackers have come to constitute their own community. Along the so-called “hummus trail,” as Dor Glick reported for Ha’aretz, there has built up “a chain of laid-back refuges in which the sacred tongue rules in loud tones and the de rigueur item of clothing is a T-shirt signifying the conclusion of an army training course.”

While Israeli backpackers have been criticized for showing “flagrant disregard for local customs,” the hummus trail is a natural expression both of belonging to a distinctive identity and the wish for the familiar and familial in most unfamiliar surroundings. Even thousands of miles from Tel Aviv and Haifa, Israelis cannot help but seek out and find one another.

Omri Herzog has noted that, in Israeli literature, there is a place for the journey of self-determination and self-discovery. “There, in the exotic expanses of the backpacker world, Israeli heroes may deal with repressed traumas and inadequate concepts of self,” he writes. “They can understand and forgive their families, loved ones and sometimes also themselves; against the background of bustling foreign cities and remote villages they find the strength to love, rehabilitate themselves and connect to those they have left behind.”

Eshkol Nevo’s mammoth new novel, “Neuland,” also leaves the barriers of Israel for South America and, in this instance, uses travel and wandering to better understand the nation his characters left behind. His protagonist, Dori, is forced to leave his wife and young daughter in order to fly to South America in search of his father who has been reported missing. There, his path crosses with Inbar, who has impulsively fled Israel, a loveless relationship, and her grief at the loss of her brother.

“This book was born twice,” Nevo explained to an audience at London’s Jewish Book Week. The first occasion was during an experience backpacking in Guatemala. “When I was staying at a casa de familia, I was introduced to a 60-year-old Canadian backpacker who wore his sadness like a sweater, and I thought to myself, ‘He must have a story.’ For a week, I invented different plots for why he was here and why he was so sad.”

This incident took place 12 years before Nevo began to write “Neuland,” a project which only took its full shape after the birth of his children — the book’s second birth. “When you become a parent, you see parenthood from two angles. I then saw that Dori, who was in search of his father, could be a father himself,” thus creating one of the key dynamics of the book.

The journey of Dori and Inbar gives room for Nevo to explore love and the family dynamic, specifically “what happens when you fall in love at the wrong time,” granting the novel an appearance of universality and internationality. Yet as the novel progresses, it becomes evermore of Israel. Dori and Inbar’s South American journey is subsumed into a larger story involving backpackers who have taken the hummus trial to a new extreme, founding a new colony of Israeli Jews in Argentina who seek to go back to the original values of Theodor Herzl — the Neuland of the novel’s title.

“Neuland,” then, is about Israelis searching for new meaning, rediscovering the old ideals, and a desire to gain fresh perspective on the meaning of homeland. “‘Neuland’ is an accumulation of all the understandings I have about Israel as I have seen it from a distance,” Nevo said, describing it as a “very Zionist novel, written out of love for the place I live in.” “Israel is a wonderful place with a lot of problems — it’s not an easy place to live in,” Nevo said. “This book is a call for not excepting the situation as it is. A lot of people have got used to accepting ha’matsav. The book asks what is the price we are paying for accepting the situation as it is. It might be necessary but accepting it as a moral way of life is impossible. It is not normal.”

“Herzl had in mind a state where people are there for each other, while Israel today is very capitalistic. Also, there is a gap between Israel as a light unto the nations and the place of Israel in the world today.” The hummus trail of “Neuland” is a manifestation of this divergence between Herzl’s vision and the realities of statehood, one that has birthed a generation unlike those that preceded it that sees the option of living abroad as a legitimate choice.

In “Neuland,” however, Nevo uses backpacking to draw the focus back to Israel. “My country lacks a vision for the future,” he said. “The book is an invitation or call to start imagining again.”