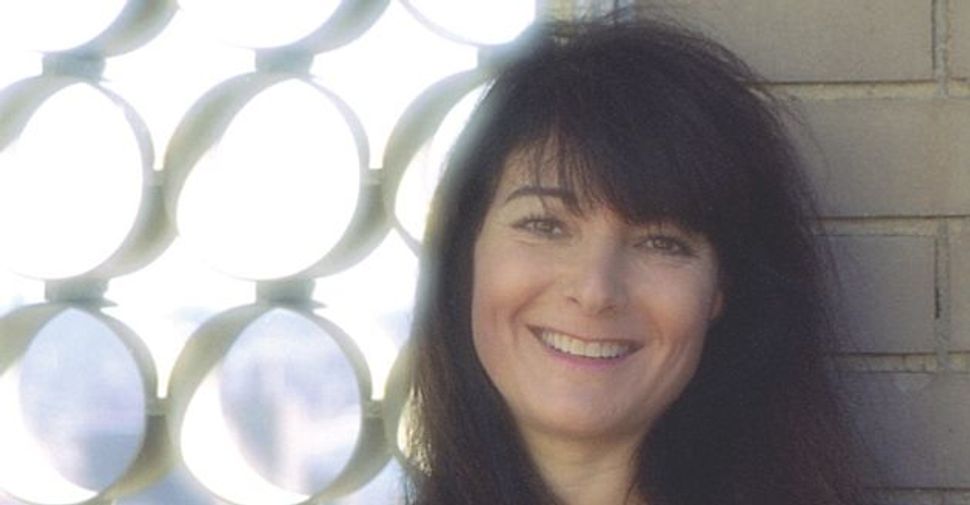 New York author Susan Shapiro and her Muslim physical therapist, Kenan Trebincevic, bonded, and together they wrote the recently published “The Bosnia List: A Memoir of War, Exile, and Return” (Penguin Books). The book tells the story of the Bosnian War through Trebincevic’s eyes.

In 1992 he was 12 and living a normal, happy childhood, until his beloved karate coach arrived at the door one day with an AK-47 rifle and yelled, “You have one hour to leave or be killed.” Christian Serb neighbors and classmates turned on him and his family. Their crime? They were Muslim. Trebincevic fled to America. Now, after two decades in the United States, Trebincevic is going back to visit his homeland to confront the neighbors who’d betrayed him and his family.

The Forward’s Dorri Olds caught up with Shapiro for an exclusive interview.

Dorri Olds: How did you come to co-write “The Bosnia List”?

Susan Shapiro: I’d torn two ligaments in my lower back and went to Kenan for physical therapy. I’m a writing teacher at The New School and my first assignment is to write three pages on your most humiliating secret. I [sent him] a poignant New York Times essay my student had just published about how she and her mother, a Holocaust survivor, eat bacon cheeseburgers on Yom Kippur as a way to cope with her father’s suicide on that day 17 years earlier. He found that piece inspiring. Next time I met with Kenan, he handed me three pages about his recent return from a trip to Bosnia after two decades in the United States, where he and his Muslim family fled for safety from the ethnic cleansing campaign. I thought, he’s like the male, Muslim Anne Frank who lived to tell the story.

Did you identify with him because of your Jewish background and our history of genocide?

Yes, my family lost relatives in Eastern Europe during World War II. Kenan said his Jewish friends, colleagues and clients have been the most sensitive because they identify with what he went through. The Israelis were sympathetic to the Bosnians and airlifted supplies and took in refugees during the war.

I have many relatives in Israel. Though I’m liberal, after 9/11, living near the World Trade Center, I secretly feared I could become Islamophobic. I decided to avoid talking about religion or politics. That turned out to be hilarious. That’s all Kenan and I wound up talking about — and writing about — for the next two years.

Did the two of you see eye to eye on how to tell the story?

Yes. English wasn’t his first language, and he’d never taken a writing or literature class, but he was open, especially after The New York Times, Wall Street Journal and Salon published pieces I’d helped him with. I love memoirs, [and I] write, read and review them, so he trusted me and took to it very quickly. He’s from a closed-off male macho culture, so he had trouble opening up about how he feels. I wanted to know why his family never asked how he felt during the war. He said, “They were too busy telling me to duck.”

Which were the toughest parts of the book to write?

Our Viking/Penguin editor, Wendy Wolf — who did a brilliant editing job — was very well versed in Bosnia. When she read the first draft, she basically said, “Every page you have here is great; now just add 100 pages of Yugoslavian history.” I was surprised I could do such a crash course in the Balkans. I thought the memoir pages were very intimate and exciting, so the hardest part was to weave the historical background throughout the book to give Americans the background without boring them. A friend who read “The Bosnia List” joked, “You found your voice — as a 12-year-old Muslim boy.”

Do you feel that writing this book changed both of you?

Kenan’s late mother’s favorite movie was “Schindler’s List.” She used to tell him it was their story, too. She wanted to write about how they survived, but she died of cancer before she could. So he dedicated the book to her. Kenan said he felt a moral obligation to tell this story for his mother, his people and anyone who has been persecuted because of their religion, race or nationality.

When we started writing it, he was afraid that no Americans cared about the Balkan War or what happened to his family. I always told him that writing is a way of turning your worst experience into the most beautiful. Now he gets it. My back is better, he feels more lucky than bitter. It really was a book of healing.

His mother was diagnosed with cancer when he was 12. So he never had a birthday party after that. I told him that it took me 13 years to publish my first novel, so instead of having a book launch, I had a book mitzvah with a candle-lighting ceremony. He was very intrigued with the idea of honoring people who’ve helped you. So for “The Bosnia List” book party, we made him an honorary Jew and gave him a bar mitzvah with a big cake shaped like the book. He called his family, friends and colleagues so they could help him light a candle. I really am his Jewish mother.