The Dean of Gay Journalism 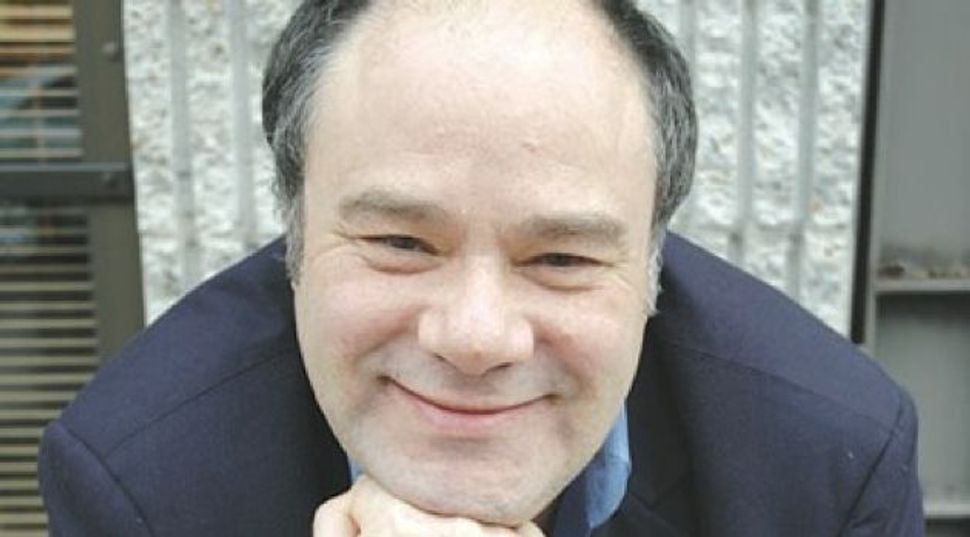 The twist: The just-opened Philadelphia building is a pioneering “LGBT-friendly senior apartment community” — the only one in Pennsylvania, and one of just three LGBT-oriented senior housing developments nationwide.

As they sang the project’s praises at a ribbon-cutting last month, dignitaries like Mayor Michael Nutter and former Pennsylvania Governor Ed Rendell singled out one man as the force behind it: Philadelphia Gay News founder and publisher Mark Segal.

A longtime gay activist who first took to the front lines for civil rights in the 1960s, Segal almost singlehandedly pushed elected officials, government agencies and development partners to make the Anderson Apartments a reality.

It’s just the latest milestone for Segal, 61, whose gay activism started at age 18. Anyone old enough to remember Walter Cronkite might recall Segal’s famous disruption a CBS Evening News broadcast to protest a lack of coverage of gay issues. Today, he’s widely praised as the dean of gay journalism.

On the day before he and partner Jason Villmez departed for a long-awaited vacation — “I’m not telling you where!” Segal joked — the Forward caught up with him in Philadelphia.

Michael Kaminer: Did you have an “aha” moment when you realized the John C. Anderson Apartments were necessary?

Mark Segal: I’ve thought it was necessary for the last 10 years. In the late ‘60s, when I started my activism in the Gay Liberation Front in New York, I was one of the youngest people there. Everyone around me was in their late 20s or 30s. If you were out in the 1960s or 1970s, your family would not associate with you. You wouldn’t be able to have a decent job with benefits or pensions. So now that you’re older, you’re left in a place where you can’t afford to live in a decent neighborhood, you face discrimination issues, and you don’t get to live with dignity. Is that what we do to founders of our community, who were brave enough to fight for gay rights?

Your civil-rights work for LGBT people seems to come from a deeply Jewish place as well. How much does that inform your activism?

Every bit. At the ribbon-cutting for the Anderson Apartments, [Jewish former Pennsylvania Governor] Ed Rendell said I’m pain in the ass. He said it with respect. And he’s right. I’ve called myself a “pushy Jew faggot.” The point he made was that it’s good to have pushy people around. One thing the Jewish community always had to do was fight for respect, and fight for resources from government to build their community centers and other projects. I learned from them what we in the LGBT community had to do.

What kind of Jewish upbringing did you have?

I was brought up in South Philadelphia. It’s not a Jewish neighborhood, so I learned what anti-Semitism is at a very young age. We moved to Mount Airy from there, which was more Jewish. I was bar-mitzvah’d at Beth Am Israel, a Reform temple. I consider myself cultural Jew, not a religious one, and I’m proud of the fact that all segments of Jewish society now appreciate and respect LGBT people and our relationships. I think that’s part of Jewish culture.

Who or what was the biggest obstacle to getting the John C. Anderson project finished?

For the first time in my life, I can say there were no obstacles. As Ed Rendell said, people say yes to me because I’ll nag you to death until you say yes. There were some challenges, like whether using the term “LGBT” would connote discrimination. So we called it “LGBT-friendly” and ran that by HUD. Now, it’s a legally defined term according to HUD.

Do you think young LGBT people, who see gay characters in pop culture and confront fewer barriers, are more or less likely to get involved than your generation?

As with all politics, it depends on how it affects you. Right now, the big issue is marriage equality. It affects young gay people, because polls keep indicating that an overwhelming majority want to get married and have children. So it’s already mobilized them.

You’ve been referred to as “the dean of gay journalism.” What’s the state of the union of gay media these days? Are there parallels between gay media and Jewish media?

There are definitely parallels, with a major difference. Gay people are the civil rights movement of our time. Our community’s energized, and wants to know what’s going on with that struggle. They’re really reading our publications, blogs, and web sites. There’s more of an attention span than most other communities.

Jewish media is niche media, just like LGBT media. We have to keep our bases energized. We need to make people realize what’s happening today. There’s still anti-Semitism out there. It’s still strong. Rather than assimilate, we need to fight, point out problems, and find solutions.

Philadelphia’s been at the forefront of civil rights for LGBT people, from the 1960s until now. What about Philadelphia’s character makes it such a leader that way?

It’s a combination of the fact that we’re the city of independence and our Quaker background. You just feel the freedom and the patriotism as you walk around Philadelphia. And the Liberty Bell became a symbol of the abolition movement. Movements for equality have always been very strong in Philadelphia — abolition, suffrage, LGBT rights. We embrace diversity here in Philadelphia.

Now that you’ve helped name a building for someone else, what would you eventually like to see named after you?

Nothing. I hope the work I’ve done stands for itself

The Dean of Gay Journalism