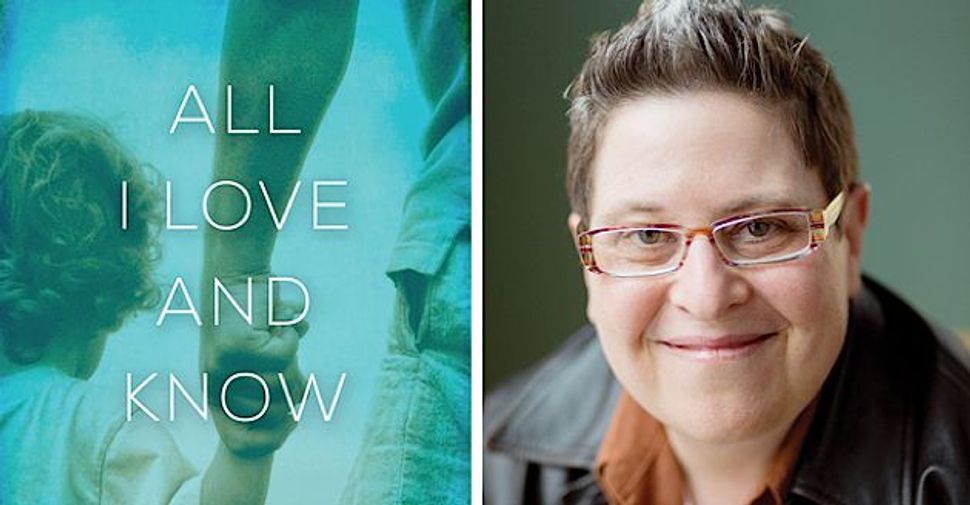 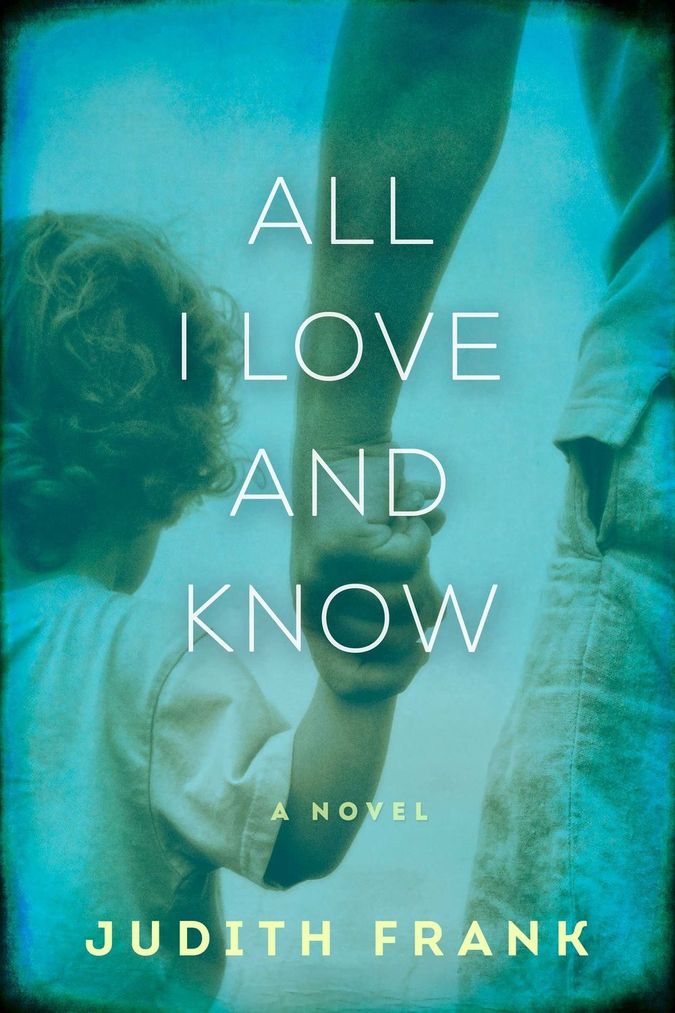 You don’t have to be Jewish to enjoy “All I Love and Know,” Judith Frank’s terrific new novel. Nor do you have to be gay. Although the book addresses issues important to both Jews and gays — Jewish identity, the Israeli-Palestinian conflict, gay parenting and marriage equality — it will satisfy anyone who longs for a first rate novel.

Daniel Rosen is a twin whose brother and sister-in-law are killed when a terrorist bomb explodes in an Israeli café. Their will grants custody of their baby boy and 6-year-old daughter to Daniel and his partner Matt, who, until then, have led an enviably carefree life as a popular gay couple in the “Lesbian Mecca” of Northampton, Mass.

Although Dan‘s brother and sister-in-law loved Israel, “If we die, take them away from here,” they’ve instructed Dan. “Enough is enough.”

But it’s not that simple. The will, as it turns out, isn’t binding. An Israeli court must decide the issue, and the children’s maternal grandparents, who are not only Israeli citizens but Holocaust survivors, are also fighting for custody. And they might win. The judge could have a bias toward keeping the kids in Israel, or against granting custody to a gay couple. And they’re a “mixed” Gay couple at that — Matt isn’t Jewish.

Even as Dan and Matt struggle to convince the court that they’d make terrific parents, their once-solid relationship is foundering. They were always a case of opposites attracting — Daniel, who works in publishing, is creative, super-smart and very serious. Matt, a graphic designer, is younger and more frivolous and fun-loving than his partner. (He’s also quite the hunk, andis accustomed to being the most gorgeous man in the room.) Loving and good-hearted, Matt rises with unexpected grace to the challenge of parenting the kids, but Daniel, incapacitated with grief, keeps pushing him away. It doesn’t help that Daniel’s mother heartily dislikes her son’s partner and has no problem saying so.

“[Relationships] break up after a family member dies in a terrorist incident all the time,” Daniel is told by an Israeli acquaintance. “It’s very common.”

Camped out in Dan’s brother and sister-in-law’s former apartment, with a baby, a 6-year-old wild with grief, and with both sets of grandparents on the scene, Dan and Matt struggle to come to terms with what has happened. But it’s not so easy to make wise choices when you’re emotionally devastated. They take care of each other. But they also let each other down, in painful and devastating ways.

At 420 pages, this isn’t a quick read. But it’s so good you won’t want it to end. Frank writes with insight and authority about Israel (she went to school there); about parenting (she has two kids); about being a twin (she’s a twin herself and yes, she cleared the death-of-a-twin premise with her sister first); about being gay and partnered (she’s a lesbian, in a long-term relationship), even about living in Northampton:

This town, where men with grey beards and pedantic demeanors, and willowy pony tailed women, and the million and one psychotherapists and, of course, the stocky lesbians with severe and perfect haircuts, engaged with one another with great, inculcated civility.

The reader experiences the full impact of this tragic twist of fate on the children, and on the wide network of family and friends who care about them, as Dan and Matt attempt to craft a new family and provide a sense of safe haven for the kids. Progress is made, but it is three-steps-forward-and-two-steps back, as the book moves toward a conclusion that is surprisingly traditional. (Or, depending on your politics, quite subversive.)

On the way there are many surprises, like Dan’s inability to feel rage at the terrorists who killed his brother because of his sympathy for plight of the Palestinian people. And a take on the morality of cruising, which is entirely situational — having anonymous sex with somebody other than your partner can be wrong and destructive, but it can also be affirming and consoling.

It took Frank eight years to write this book and it shows. It’s both an engaging read, and utterly believable. Even minor characters are fully drawn and compelling. With plenty of plot twists and characters you can root for, it is, at its heart, a good old-fashioned page-turner.

I only hope it doesn’t take Frank eight years to write her next book. I don’t think I can wait that long.