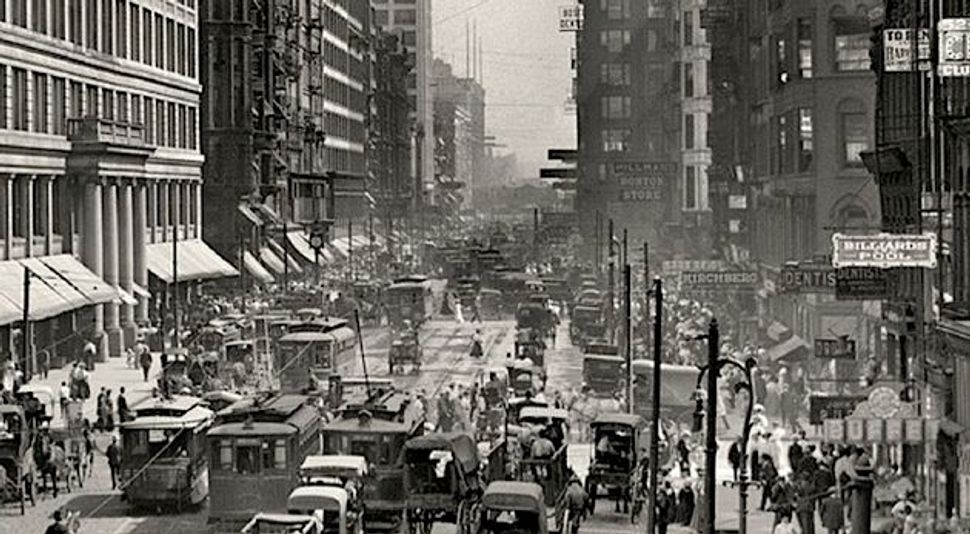 As Ronna Wineberg’s novel “On Bittersweet Place” opens, the Czernitski family is escaping Russia. Revolution is in the air, and the family fears religious persecution. In the prologue, set in 1922, Lena, the young narrator of the book, spells out the fears she associates with living in the United States.

Those anxieties carry through over the course of the rest of the novel, which jumps forward a few years from the beginning. By now, Lena is a teenager in Chicago with a talent for art and a curiosity about the city around her. Familial tensions inform her quotidian interactions. The juxtaposition of Lena’s coming of age with the period setting unfolds in ways that are sometimes unexpected. And it’s that aspect of Wineberg’s novel, combined with the understated yet forceful voice of her protagonist, which makes this work memorable.

Initially, Lena’s family life seems stable. Early on, she describes leaving Russia with her mother, brother, and uncles William and Maurice at the age of 10; her father made his way to Chicago eight years before, a gap in which the contrasts between his life as a patriarch and a a less constrained lifestyle are revealed.

In this subplot, as well as others, Wineberg precisely evokes the way in which family secrets are kept from the young, only to explode into disaster months or years down the line. And for the Czernitskis, a generally likable family, there are plenty of hazards: a tragic event that befalls a young child, and the garrulous Maurice’s predatory tendencies, directed towards Lena in one early scene.

Maurice’s actions cast a grim shadow over the chapters that follow, as do Lena’s repeated encounters with a teacher who refuses to believe that her artistic talent is not the result of cheating. As horrific as these scenes are, Wineberg also examines their causes, finding the flawed and broken roots of hateful acts.

Lena’s burgeoning relationship with a young jazz aficionado reveals another side to her life, and to the city around her. It’s moments like these, and scenes where Wineberg establishes Lena’s own artistic promise, where the novel shines. True, they exist in contrast to the bleaker moments of family clashes and an ongoing struggle against bigotry, but they also suggest the ways that art can shift one’s circumstances, and offer a way out of troublesome situations.

The book’s title is a reference to the house in which Lena comes of age, but it also acts as a kind response to her oft-repeated ambition to leave Bittersweet Place for good. At the novel’s end, elements of the past — both Lena’s and her family’s as a whole — make unwelcome appearances. Again, Wineberg opts for emotional complexity rather than melodrama.

The hopeful note on which the book ends, even as fascism looms abroad and the Great Depression awaits closer to home, feels earned. “On Bittersweet Place” has a modest scope, but in the background there are questions of identity, the evolution of cities in the 20th century, and the minute effects of sweeping historical change. The contrast Wineberg achieves is impressive.