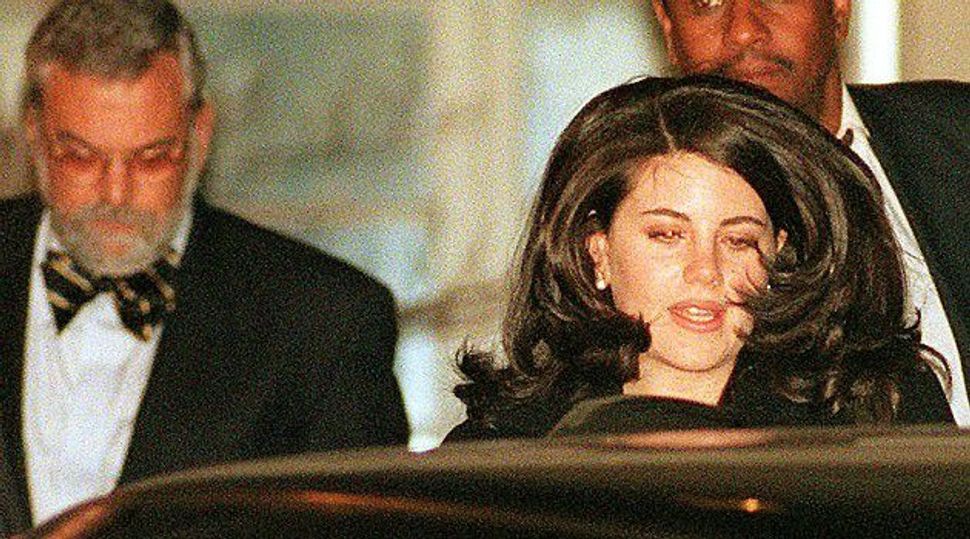 Call it the King David defense — for Bubba.

A noted Jewish studies professor once suggested President Bill Clinton was not guilty of adultery with White House intern Monica Lewinsky under a Talmudic approach — and noted that the Biblical David was never ousted for much worse sins, a newly released email reveals.

The email from Susannah Heschel, a professor of Jewish studies at Dartmouth and the daughter of theologian Rabbi Abraham Joshua Heschel, is one of about 10,000 records from the Clinton presidency that were released by the Clinton Presidential Library.

“According to classical Jewish law, President Clinton did not commit adultery; adultery is defined as a married man having intercourse with a married woman, and Monica Lewinsky is single,” said Heschel’s email from Jan. 27, 1999.

The email, which was first reported by the New York Post came at the height of the sex scandal that threatened to topple Bill Clinton. The email from Heschel was sent to Hillary Clinton’s domestic policy adviser, Ruby Shamir, by Linda Commodore of Long Island.

The email ended up with White House adviser Sidney Blumenthal, according to the Post.

“From the perspective of Jewish history, we have to ask how Jews can condemn President Clinton’s behavior as immoral, when we exalt King David?” Susannah Heschel wrote. “King David had Batsheva’s husband, Uriah, murdered.

“While David was condemned and punished, he was never thrown off the throne of Israel. On the contrary, he is exalted in our Jewish memory as the unifier of Israel.”