A Freudian Detective in Texas 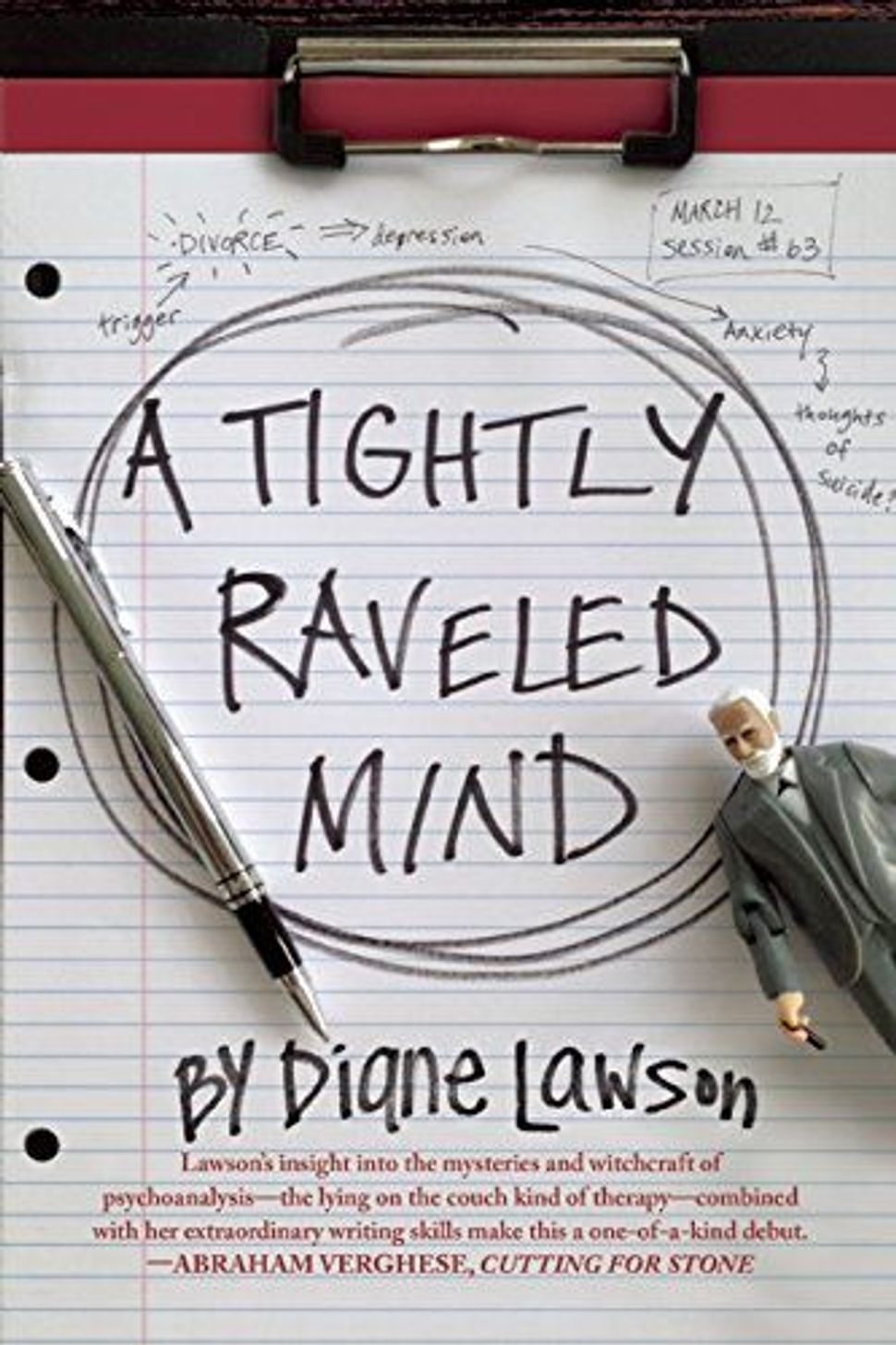 When San Antonio psychotherapist Dr. Nora Goodman’s patients start dropping dead, police tell her it’s a coincidence. But the good Dr. Goodman refuses to buy it, and hires a private detective to help figure out if someone’s targeting her practice. Could it be her despised ex-husband, a disturbed patient, or something more nefarious?

Author Diane Lawson — herself a therapist and a convert to Judaism — takes the plot in some unexpected directions in “A Tightly Raveled Mind” (Cinco Puntos). It’s hard to believe this is Lawson’s first novel; the dialogue crackles, the story hums along, and Dr. Goodman, a strict Freudian still haunted by her Talmud-spouting kook of a father, seems completely real. The only thing hard to buy about the novel is that San Antonio seems just as populated by neurotics as New York. The Forward caught up with Lawson by email.

Michael Kaminer: What did Nora’s Jewishness allow you do with that a non-Jewish protagonist wouldn’t have?

Diane Lawson: Since the inception of the field, a high (though diminishing over time) percentage of the practitioners of psychoanalysis have been Jewish. On that level, Nora’s being Jewish adds some degree of authenticity. Her being Jewish in San Antonio, of course, is simply another iteration of her life-long feeling of being an outsider.

“In Texas, as in most of the country, Jews are well enough regarded, as long as they’re doctors, lawyers or accountants,” Nora says. Could you elaborate?

Anti-Semitism — in San Antonio or anywhere else — is not dead, but does often get trumped by the desire for expertise.

You also quote Freud at the top of the book. You’re a disciple?

I was trained in the Freudian tradition, which frankly provided and continues to provide the foundation of sophisticated, dynamic psychological thought. There’s a tendency in the culture to denigrate Freud, and certainly many of his ideas no longer ring true. What people fail to realize and/or acknowledge is how much of Freud’s thinking is a part of our way of relating to ourselves and the world: that there is unconscious thought, that behaviors have meanings, that our view of ourselves and the world are rooted in early developmental experience, etc.

Can you tell us about your background and your journey toward Judaism?

I was born in a small town in southwest Missouri — population 128. The church played a major role in the lives of people there, as much a social function as a spiritual one. Religious choice was limited to Fundamentalist Methodist and Fundamentalist Baptist. I always say that I grew up thinking that “goddamnbaptist” was one word, since that was how my father always referenced the alternate demographic.

I began to shop for a religion when I went to the University of Missouri and felt most attuned to what I learned about Judaism. When I moved to Chicago and began pursuing my career as a psychoanalyst, I felt very at home with my predominately Jewish peers and admired mentors. I formally converted after my children became curious about things spiritual, but I’d emotionally converted many years earlier.

There’s a line about the San Antonio Country Club not admitting Jews. Does this reflect something in your own experience? Is it still true?

I’m not a country club kind of person, so I can’t say it comes from my personal experience. But I remember Sam Stahl, Rabbi Emeritus of San Antonio’s reform Temple Beth-El, telling a joke about a Jew trying to surreptitiously gain admission to the country club. When the applicant sensed the interviewer was trying to discern his ethnicity, he said, “Don’t worry, sir. I’m a goy.”

My impression is that the usual barriers to admission there can be overcome by substantial wealth or fame. My understanding is that David Robinson, the former star player for the Spurs, recently became the first African-American admitted to the San Antonio Country Club.

It seems like you’re exposing some of San Antonio’s dirty laundry in the book. Has anyone been on your case about that?

[Bestselling author/physician] Abraham Verghese, a dear friend, used to tell me that if the book ever got published, I’d be run out of town on a rail. I don’t know how people will respond. I’m holding off on packing.

I have to assume that most thoughtful readers will appreciate that the picture Nora paints of San Antonio and Alamo Heights is the view through the lens of her wounded subjectivity. It’s not to be taken as an objective representation of the city, any more that Nora is to be seen as an exact representation of my person.

How much did you rely on actual patient conversations to reconstruct some of the dialogue in the book? They sound painfully real.

While a tiny fragment — a word, an attitude, a bit of history — from an encounter with a real-life patient might have served as a “seed” for a character, none of the fictional patients are actual patients in disguise. I did worry about my patients potentially overly identifying with one of the fictional characters to the point of feeling betrayed somehow.

The Forward’s been doing a series that looks at Jewish life in all 50 states. If you had to characterize what makes the Jews of San Antonio — or Texas in general — unique, what would that be?

Obviously, Jews in Texas can’t see themselves reflected in the cultural landscape the way New York Jews do. There’s an expectable feeling of being set apart, yet I’ve also sensed a kind of enhanced belonging with others in the Jewish community that comes from this relative uniqueness.

A Freudian Detective in Texas