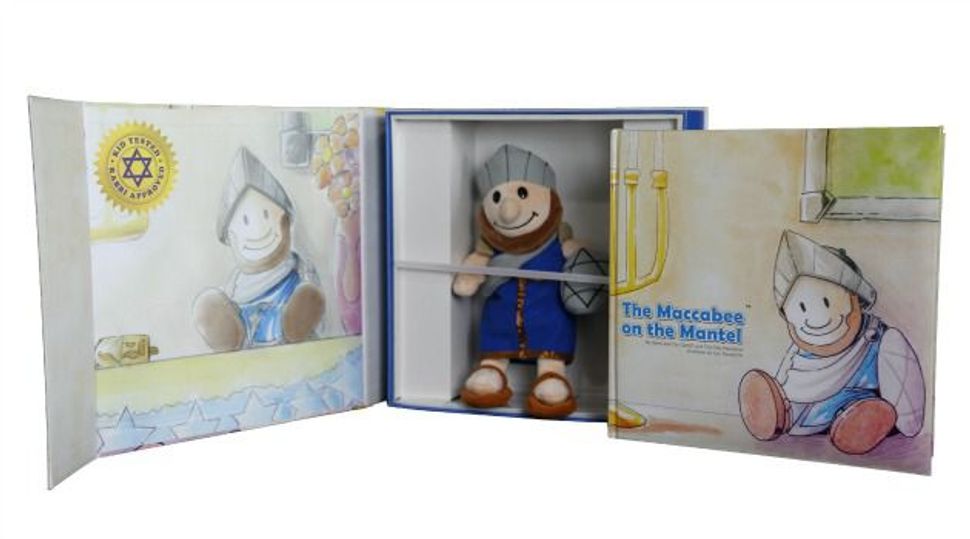 Move over “Elf on the Shelf” — the “Maccabee on the Mantel” may be just the ticket for the Jewish child aged three to eight who has everything.

Manufactured by the Toy Vey! LLC, the Maccabee on the Mantel is the brainstorm of a Jewish mother, co-creator Abra Liberman Garrett, who explained in a phone call to Dallas how she hit upon the idea. As a teacher at the Temple Emanu-El pre-school in Dallas, her children received “a very Jewish experience.” But in 2008, when Garrett’s son Jackson began public school, the secular Texan institution didn’t observe any Jewish holidays, customs, etc. At the same time, the Garretts encountered Elf on the Shelf — an elfin doll-like toy who, Garrett said, “lives with a family prior to Christmas, gets into shenanigans, hides, moves from spot to spot around the house, and ‘reports’ the kids’ behavior back to Santa.”

Her son’s request of an Elf on the Shelf inspired Garrett to create a sort of Jewish version. “The thing is, we don’t have Santa Claus,” so the impish plush “didn’t make sense at our house.” However, Garrett’s then-five year old son and three year old daughter didn’t care about the toy’s religious tie-in. “I realized my kids were more excited about the prospect of waking up each day, finding it, looking for it, and that made a ton of sense to me, because I remember being so excited searching for the afikomen, one of my favorite parts of Passover,” recounted Garrett, who was born 1973 in Deerfield, Ill. and majored in communications and PR at the University of Texas, Austin. 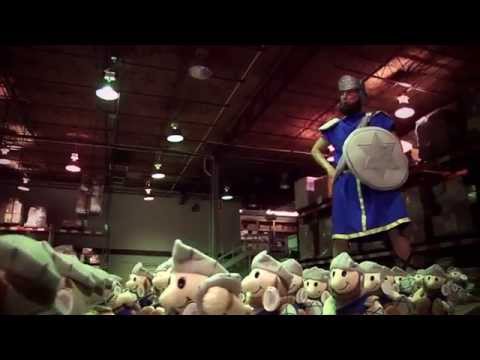 The proverbial lightbulb lit up and Garrett decided to “create a toy that has to do with Hanukkah… that would further educate my kids about” the holiday, and so they wouldn’t feel left out when their non-Jewish friends discussed their pixie-ish plaything. Garrett, a freelance writer who does ghost writing and composes speeches, set about to write a children’s book, which includes Ivan Escalante’s watercolors, a medium that serves to soften illustrations depicting the sword and sandal Maccabean Revolt against King Antiochus IV in the B.C. era.

Garrett also helped design the plush as “a sweet-looking soldier and I wanted a Jewish star,” which accompanies the hard cover storybook in a handsome boxed set. The name? That’s your call. Rather than name the toy Judah, an homage to the leader of the Maccabean warriors, Garrett chose to create what she called “a generic Maccabee,” whom its recipients are invited to name, as well as to “play and kibbitz” with, as part of creating a family’s own holiday traditions. 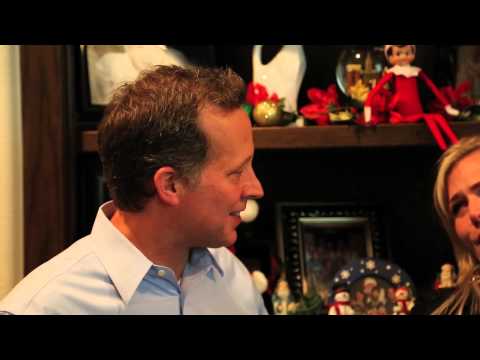 Seals on the box and book boast that the items are “rabbi approved.” Garrett submitted Maccabee on the Mantel for rabbinical review to Rabbi Adam Allenberg (among others), whom she dubbed “the nicest, coolest, young, awesome relatable rabbi,” and was in charge of “the pre-school, Sunday school, Hebrew school, our youth division” at Temple Emanu-El Dallas. The reform rabbi’s consulting led to changes in the book’s text and pictures, from how God is referred to to how many branches the period’s menorah would have had (seven, not eight), and so on. (The children’s book is dedicated to the rabbi’s daughter, Sophia (Tzofiyah) Allenberg, who died while the project was being created.) Garrett also consulted with Temple Emanu-El Dallas’ Rabbi Amy Roth, who assisted with the book’s Hebrew blessing for the Festival of Lights.