9 Jews Who Changed The Sound of Jazz 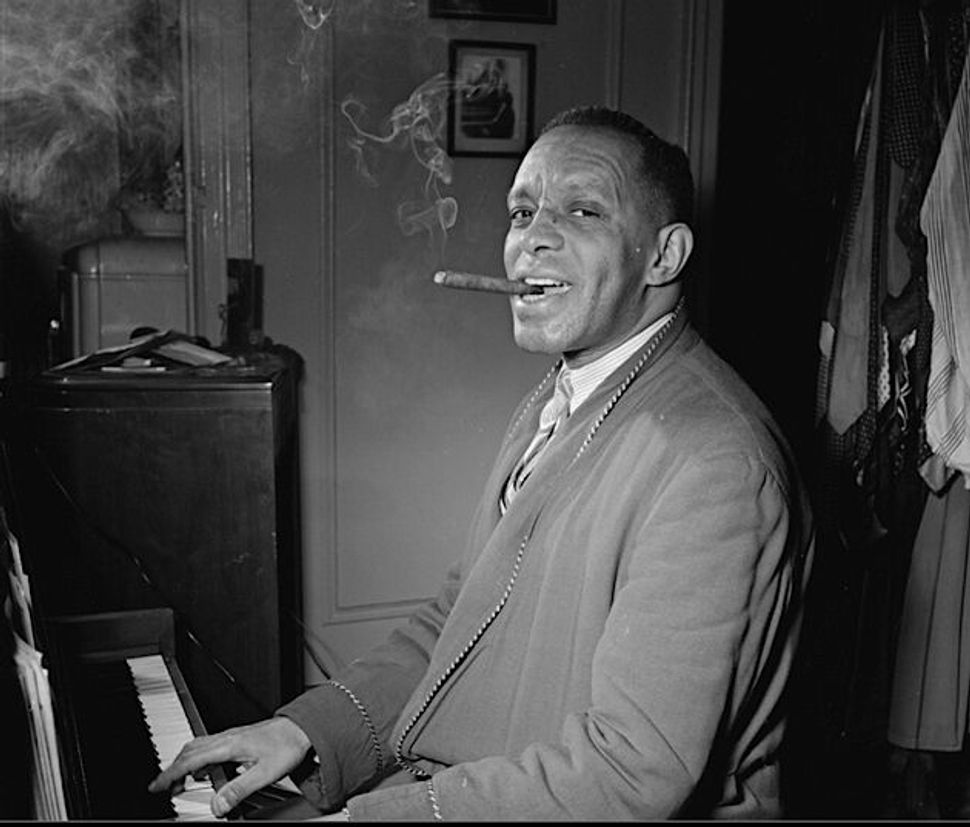 Barney Josephson opened Cafe Society in 1938, but the music he featured (and is featured in the play “Cafe Society Swing”) has been around much longer.

Jazz originated in the late 19th and early 20th centuries in African-American communities — most notably in New Orleans. As it spread, the music began to draw on different traditions, including the work of Jewish composers who populated Tin Pan Alley.

Because it took in so much from so many places and changed so much from its origins, Jazz might easily be called the Yiddish of musical forms. It includes everything from ragtime to be-bop to big band, and in most of these incarnations the Jewish impact was large. Here are 9 Jewish artists who helped shape the many different sounds of jazz:

An early jazz great, pianist Smith was the son of a Jewish father, Frank Bertholoff. He apparently learned Hebrew from a rabbi for whom his mother worked, and according to all accounts was a bar mitzvah at age 13. In fact, he told Nat Hentoff, “People can’t seem to realize I have a Jewish soul and belong to that faith.” According to his autobiography, later in life he served as a cantor for a black Jewish congregation in Harlem.

Born Theodore Charles Cohen, Teddy was an influential percussionist (most famously on the vibraphone) and composer. He was also a much sought-after session musician who played with Miles Davis, Charles Mingus and others.

The King of Swing was one of 12 children of immigrants from Poland and Lithuania. His first clarinet lessons were at a local Chicago synagogue. Frankly, because he was white, he helped make jazz acceptable, especially with his famous 1938 concert at Carnegie Hall, the first jazz show there. He also had the first integrated band, which helped black artists such as Lionel Hampton and Teddy Wilson get their starts.

Herbert Jay Solomon was born in Brooklyn, and got his first professional gig at age 15 in the Catskills. His was a rare career in a couple of ways. For one thing, he had a number of Billboard top 200 albums, a level of mainstream success that has eluded most jazz artists. But even odder was that the success came from a flautist, which is hardly a common jazz instrument.

Born Stanley Gayetzky in Philadelphia and raised in New York, Getz was among the most popular jazz musicians of the 1960s and ‘70s. A child prodigy, he played in Jack Teagarden’s band, but because Getz was just 16 he had to become Teagarden’s ward. There followed stints with other bands and even bigger success as a single artist. But success — especially early success — had drawbacks. He became addicted to alcohol and drugs while still a teenager, and was once arrested for breaking onto a pharmacy to steal morphine, while his wife was giving birth to a child. He lived in Copenhagen for a while to get as far away from the drug scene as he could.

A saxophonist and composer, Konitz is noted for his improvisational skills and association with the cool jazz movement more famously typified by Miles Davis. In fact, he participated in Davis’s “Birth of Cool” sessions. Although he’s had health issues, Konitz still offers rare live performances, including this performance below last month in Paris.

One of the greatest jazz drummers of all time, Buddy Rich never took a drum lesson. In fact, he said instruction would only hurt his style. Known almost as much for his temper as his playing, some of his outbursts were used by Jerry Seinfeld and Larry David almost verbatim on their TV show, “Seinfeld.”

Arthur Jacob Arshawsky, along with Benny Goodman, is considered one of the great jazz clarinetists. He was also a composer and leader of a popular swing band and enjoyed great success following his recording of Cole Porter’s “Begin the Beguine.” He’s known, too, for hiring Billie Holiday as his vocalist for a tour in the South. Unfortunately, Holiday had to leave because of the hostility she faced from southern audiences. Also of note: Shaw went through eight marriages, numbering both Lana Turner and Ava Gardner among his brides.

While Zorn is best known as a jazz musician and avant-garde composer, that’s too confining a description for man who has made film and concert music as well as jazz compositions that prompted Down Beat magazine to label him as “one of our most important composers.” Many of his movie scores were for documentaries of Jewish interest and were subsequently recorded on his own label, Tzadik records. In 1992, he created a moving, seven-composition piece called Kristallnacht. He further explored his Jewish heritage by setting a goal of writing 100 compositions based largely on klezmer within a year. He ultimately created over 500 songs that became known as the Masada Songbook, enough material for 10 albums, which he continues to perform.

9 Jews Who Changed The Sound of Jazz