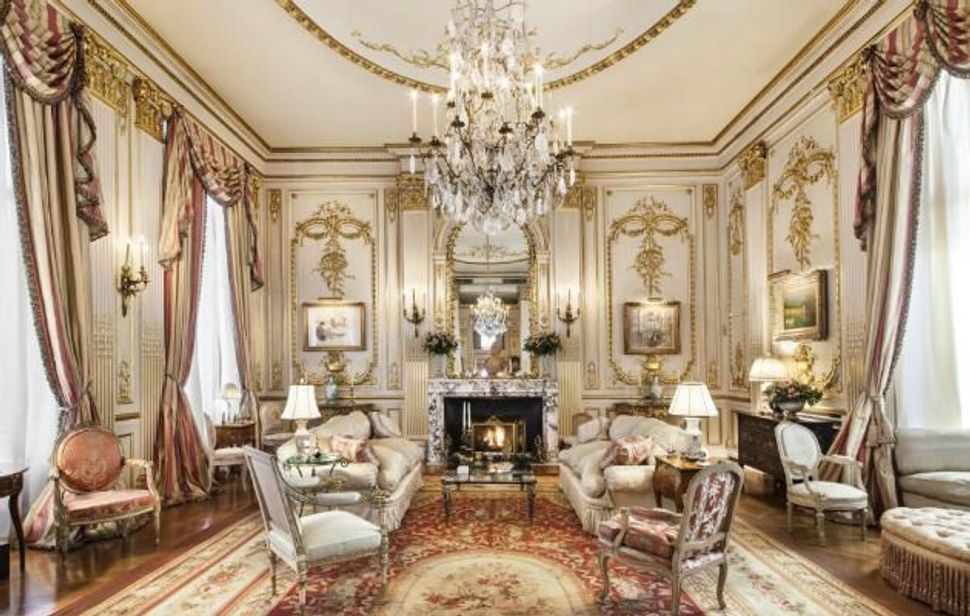 Got a cool $28 million to spare? You could be living in Joan River’s swanky apartment, complete with four-bedrooms, 4¹/₂-bathrooms, five fireplaces and a 23-foot-high sky-blue ceiling. And, oh yeah, the ghost of J.P. Morgan’s niece.

Yes, you read right. the late comedian was so convinced that her apartment was haunted that she brought in Sallie Ann Glassman, a Jewish voodoo priestess from New Orleans, to exorcise the spirit.

“It was just very strange,” Rivers told “Celebrity Ghost Stories” in a 2009 episode. “The apartment was cold. I could never get any of my electrical things to work correctly.”

When she complained to the doorman, he said: “I guess Mrs. Spencer is back.”

The 5,000 square-foot penthouse occupies the top three floors of a seven-story Gilded Age mansion at 1 East 62nd Street. [Built in 1903]( (http://www.nydailynews.com/life-style/real-estate/joan-rivers-opulent-upper-east-side-penthouse-hits-mark-article-1.2108348 ‘Built in 1903’)) by John Drexel, the house was converted into condos in the 1930s. Rivers purchased the apartment in 1988.

If gold ceilings and gaudy crystal chandeliers are your thing, then this place is definitely for you. “It’s what Marie Antoinette would have done if she had money,” Rivers once joked. The Louis XIV-inspired ballroom has hosted the likes of Nancy Reagan, Steve Forbes, Martha Stewart and Regis Philbin.

Check out the pictures below: