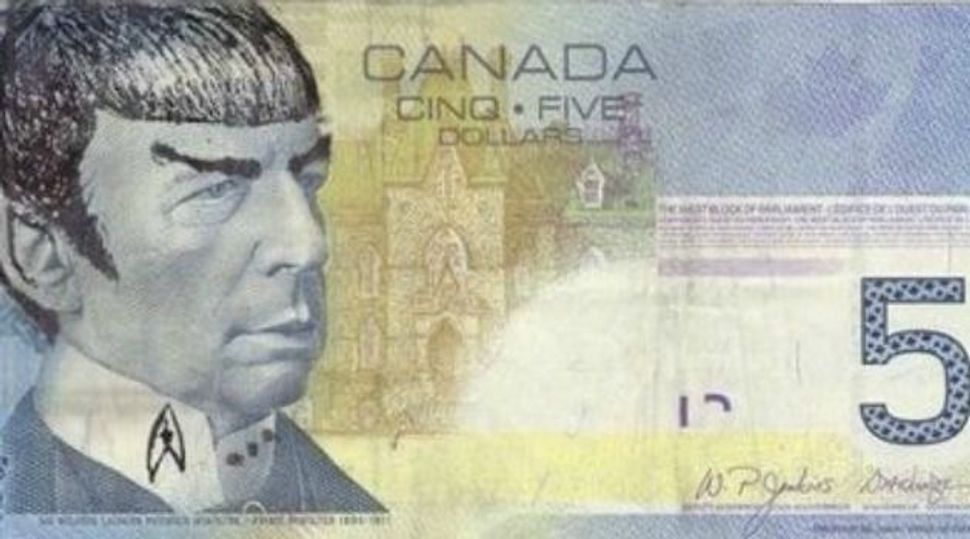 For the non-Canadians among you, this is in fact a long-standing tradition which involves drawing Vulcan eyebrows and pointy ears on the profile of Sir Wilfrid Laurier, Canada’s seventh prime minister and face of the fiver.

The practice was revived on Friday, when the Canadian Design Resource tweeted out the following message:

As you’d probably expect, the Bank of Canada is less than enthused about the whole thing. Spokeswoman Josianne Ménard put out the following statement:

It is not illegal to write or make other markings on bank notes because neither the Bank of Canada Act nor the Criminal Code deals with mutilation or defacement of bank notes. However, there are important reasons why it should not be done.

Writing on a bank note may interfere with the security features and reduces its lifespan. Markings on a note may also prevent it from being accepted in a transaction. Furthermore, the Bank of Canada feels that writing and markings on bank notes are inappropriate as they are a symbol of our country and a source of national pride.

For more “spocked”-fives, head over to Quartz.