Say It With Nutella — Unless You’re Jewish 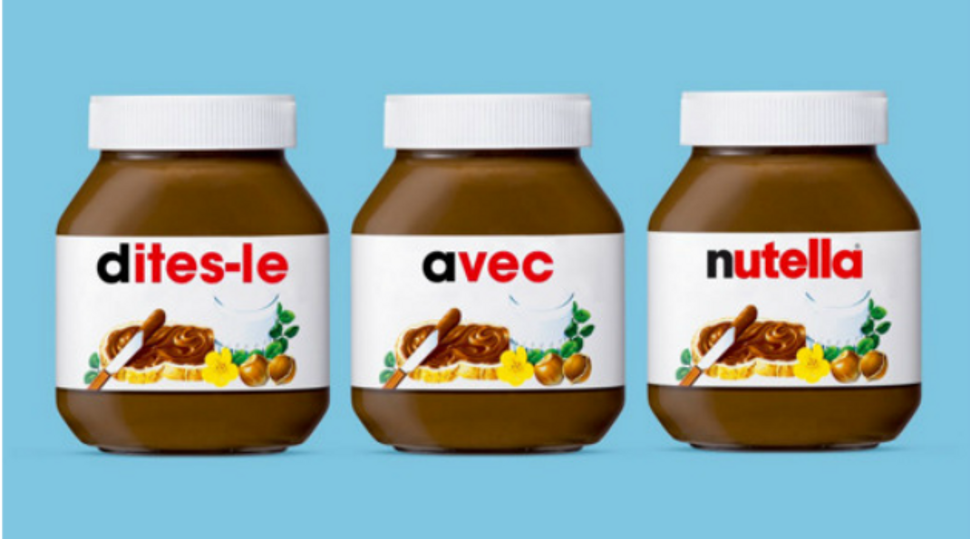 You might want to reconsider those Nutella-filled hamentaschen this year.

The beloved purveyor of spreadable chocolate hazelnut goodness has banned certain words from its “Say it With Nutella” campaign, which allows people to customize their jar labels. This policy would be totally understandable if the list of so-called inappropriate words didn’t also include “Jewish,” “lesbian,” and “Muslim,” alongside reasonable options like “Hitler,” “poop” and various controversial sex acts.

For some reason, “Gay” and “Christian,” are both good to go.

In a statement, Ferrero (Nutella’s parent company) said that “negative or insulting messages were directly removed from the field of possibilities, the idea being to use the jar of Nutella as a communication medium to share enthusiasm … similarly, words of communities that are often subject to attacks by malicious people were removed from the proposals.”

For the record, “palm oil,” the controversial fat that makes Nutella taste like heaven on toast, is also banned.

Say It With Nutella — Unless You’re Jewish