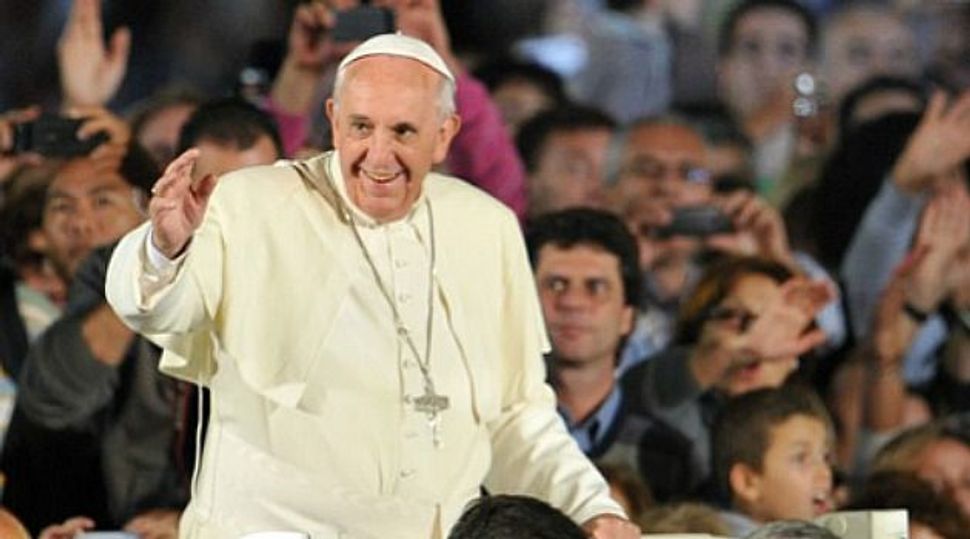 Holy yarmulkes, Batman, the Jews are going to the Vatican!

Yes, Pope Francis has invited several of Hollywood’s most influential people – many of them Jews – to discuss the image of the Church in Western media according to

Reps of the Pope approached the two CEOs of William Morris Endeavor, an entertainment and media agency, to arrange a meeting at the Vatican this fall. Ari Emanuel and Patrick Witesell, both Jewish, will hopefully brainstorm with the Pontiff about ways to improve the Church’s portrayal in the entertainment industry.

Fellow members of the tribe Brian Glazer, a film and television producer, and David Geffen, one of three founders of DreamWorks SKG, were also invited.